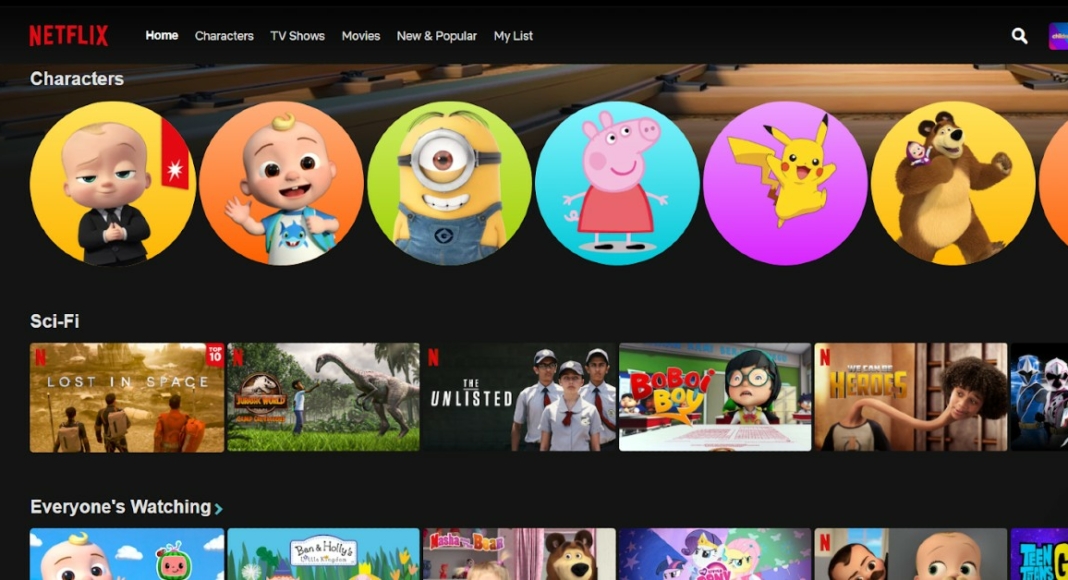 We adults have lots of entertainment options from extremely good movies or exciting TV series to binge watch on Netflix. Children on the other hand just sit in front of the TV and watch an episode again and again until they get bored of the same thing. Well, Netflix has a children section and we have compiled a list of programs and kids cartoons on Netflix that your children will love watching.

Whether a fun show they want to watch after school or teach your toddler some new words. There are tons of movies and TV series to watch from. Consider yourself giving a me-time which you deserve while your child watches these cartoons. Try some shows from the list below. 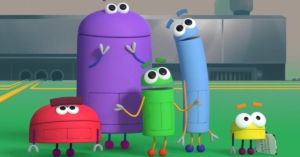 The StoryBots is an interesting and creative way to teach your children good habits. The cartoon has an interactive way of teaching why we need to brush our teeth at night and more curious questions as such are answered by these five little creatures. There are 3 seasons to watch and the show is ideal for kids of 3 years and up. 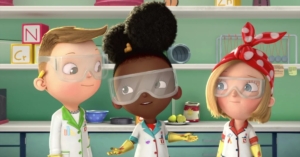 Three little scientists doing experiments in their lab with science. It is an interactive show ideal for Kids of age 4 and above. The series is a lightweight show, which will keep your children glued to their seats. Currently, the show has got only one season with more coming soon. It will also make your children curious about science resulting in good educational roots. 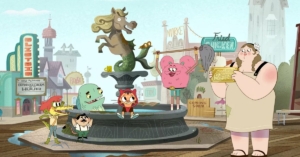 Arlo and his one of a kind friends are living in a boring neighbourhood of New York and now they finally plan to make it according to their own thoughts. The show teaches the importance of friends and good ethics with tons of great songs that you and your kids will love to listen to on a day to day routine. The goofy show is great for kids of age 6 and above with just one season to watch and more coming. 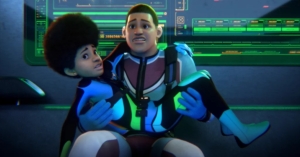 Does your kid love action and cars? Fast and furious is what he/she will love to watch. It is a toned-down animated version inspired by the movie. The government recruits teen driver Tony Toretto and his friend to fight street racing criminals as undercover agents. The series has 5 seasons to watch and is good for kids of age 9 and up.

Read Also: How to Use the Snapchat Baby Filter in 2019 (Updated Guide 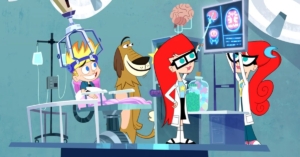 If you are a 90’s kid you will know about the Johnny test. A crafty 11 years old boy who works together with his 2 assistants(sister) and a genetically modified speaking dog to save his family and the world from disasters. The episodes are exciting with good animation improved over the years. These kids use next to impossible science to make the storyline even more thrilling. There are 2 seasons of this cartoon and your 7 year or up kids will absolutely enjoy watching kids cartoons on Netflix. 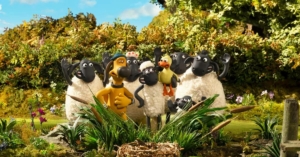 Another cult classic TV show that your kids of 7 and above will enjoy. A sheep Shaun along with the loyal dog Bitzer help the farm with all the good stuff and in between do a little fun and mischief with fellow pigs. Most of this fun turns into a big funny disaster and now it’s up to the clever one to fix everything with the help of the gang before the owner sees it all. It has hours of fun for your kids. 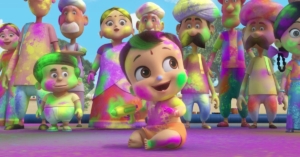 Heard of the famous kid’s cartoon “Chota Bheem”, well the Bheem in this series is even more “Chota”. The story revolves around an innocent toddler who has a bundle of curiosity in his head. The kid has extraordinary power, which makes him lead to mischief and long brush adventures in his small village in India. Anyone can watch this show with 2 colourful and interactive seasons to cover. 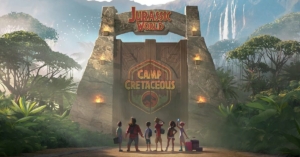 Watched the Jurassic park movies in the past? The series follows the same path with great animation and a little tweaked storyline. Lucky Darius wins a lucky chance to go on Isla Nublar for a once-in-a-lifetime adventure with 5 others. The Island consists of lots of dinosaurs and research facilities trying to revive them back.

Like the movie, things start to go wrong and they have to save their lives from scary carnivores. As the storyline is a little scary it is advised to let your kids watch if they are 11 years or up. This is one of the best kids cartoons on Netflix 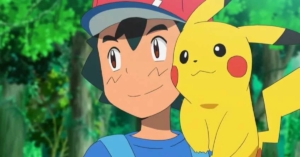 Who doesn’t know and love Pokemon? The series has been keeping kids glued to their seats for ages. And the classic is still available for you to watch, whether it be your kids or you want to go back to memory lane. The Pokemon Sun and Moon series is good for kids 7 years and up. The storyline has the main character named Ash who lives in a world full of pokemon with other people, he aims to become the best pokemon trainer ever for that he leaves for a journey where he is ”Gotta catch ’em all!”. 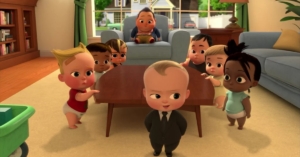 The Boss Baby is back in business with his big brother Tim. Netflix took the Boss baby movie and took it a level further by continuing the story in short animated series. The baby arrives at home and has an instant sibling rivalry with Tim. Later Tim discovers the Boss Baby is a secret spy who is there to defeat enemies. The same storyline continues with the baby doing all kinds of secret missions along with a team of other agents(babies).

These are 10 kids-friendly cartoon series you can let your child watch on Netflix. We are sure they will love it, learn new good things and have a great time enjoying themselves. We advise you to take parenting care and be responsible for the time your kids stick to the screen.