Amkette EVO Gamepad PRO for mobiles gets launched at Rs 2,799 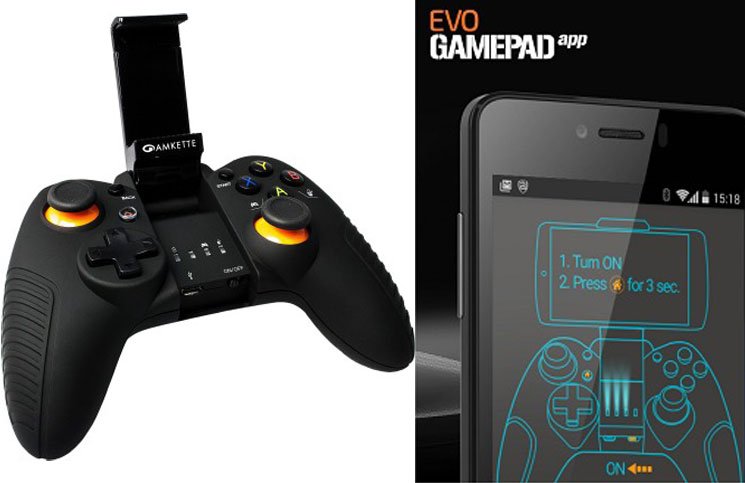 Casual gaming is big in India, especially amongst the youth. We don’t mind picking up the trusted controller every now and then to blow some steam off playing video games on the console or PC. Many do the same playing games on their mobiles, since it is the handiest of any gaming device ever built. Amkette EVO Gamepad PRO takes mobile phone gaming to the next level and we for one are pretty much impressed after checking out its video.

The Amkette EVO Gamepad PRO is exclusively available with Flipkart for a price of Rs 2,799. This gamepad is pretty similar in looks and key placement to the one that come with Microsoft Xbox. Users get the D-pad along with the dual joysticks and trigger buttons on the top left and right sides of the pad. One can easily pair up any Bluetooth enabled Android smartphone with the pad, download a game they want to play and game on. The Android app for Amkette EVO Gamepad PRO has a list of over 350 games and also tells the users how one can connect the device to the TV screen and enjoy Android games on the big screen. Overall an interesting device by Amkette to bring out the gamer in you.

Sulabh Purihttp://www.gadgetbridge.com
Sulabh Puri is the Editor In Chief of GadgetBridge.com. A content specialist, he started his career young and it has been a rewarding 15 years for him. Before heading Gadget Bridge, he was the Editor of Times of India (TOI) Technology and GadgetsNow.com. He has also led TOI’s international edit arm as the Editorial Head of Business Insider India and Tech Radar India. He has also worked with various media houses such as the India Today Group and Cybermedia. He loves everything ‘gadgety’ and enjoys tinkering with new tech toys and automobiles. A graduate in commerce from Delhi University, he is also an adept graphic designer. When he is not working, he can be found in the kitchen, cooking mouth-watering chocolate cakes and croissants.
Facebook
Twitter
WhatsApp
Linkedin
ReddIt
Email
Previous articleXOLO Black Review: A modern affordable smartphone with dual primary cameras
Next articleTargus brings its 8,400mAh dual USB power bank for Rs 2,699 to India