Comparison: Samsung Galaxy M02 vs Micromax In 1b vs Poco C3 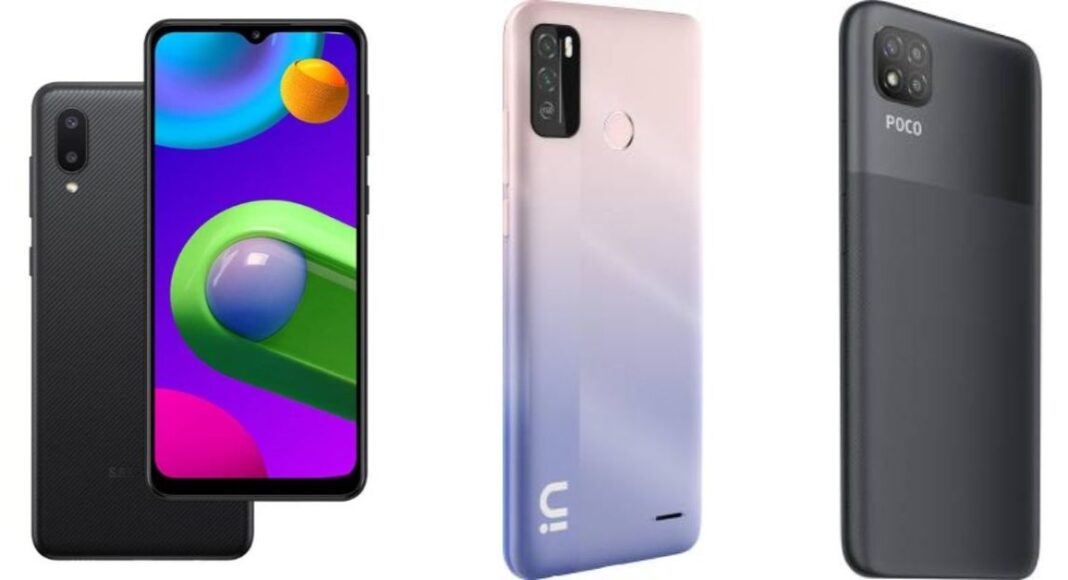 The South Korean smartphone company, Samsung, launched Samsung Galaxy M02 as its latest budget offering in India. The device comes with an Infinity-V display and runs Android 10 out of the box. There is a dual rear camera set up and the smartphone includes a 5,000mAh battery and is powered by an unnamed MediaTek processor. We have compared Samsung Galaxy M02 with Micromax In 1b and Poco C3 to know how Samsung stands against the other two devices.

Micromax In 1b: dual rear camera setup that includes a 13-megapixel primary sensor with  f/1.8 aperture and a 2-megapixel depth sensor

Samsung Galaxy M02: One UI on top of Android 10

Micromax In 1b: the stock version of Android 10

While looking at the spec sheets all three smartphones come with similar screen sizes. The size is perfect to carry in a pocket and it is not too small so it is easier to use while reading, browsing the internet or watching movies. The battery capacity is also the same despite being a budget offering.

Micromax In 1b and Poco C3 offers 10W fast charging support. On the other hand, Samsung Galaxy M02 does not include a fast charger. Poco smartphone comes with an additional rear camera and it also offers a larger RAM which means the more RAM the more applications can run at the same time and makes the phone faster.

Komila Singhhttp://www.gadgetbridge.com
Komila is one of the most spirited tech writers at Gadget Bridge. Always up for a new challenge, she is an expert at dissecting technology and getting to its core. She loves to tinker with new mobile phones, tablets and headphones.
Facebook
Twitter
WhatsApp
Linkedin
ReddIt
Email
Previous article
Canon launches seven new PIXMA G series Ink tank printers in India
Next article
Top must-have gadgets and tech for vlogging