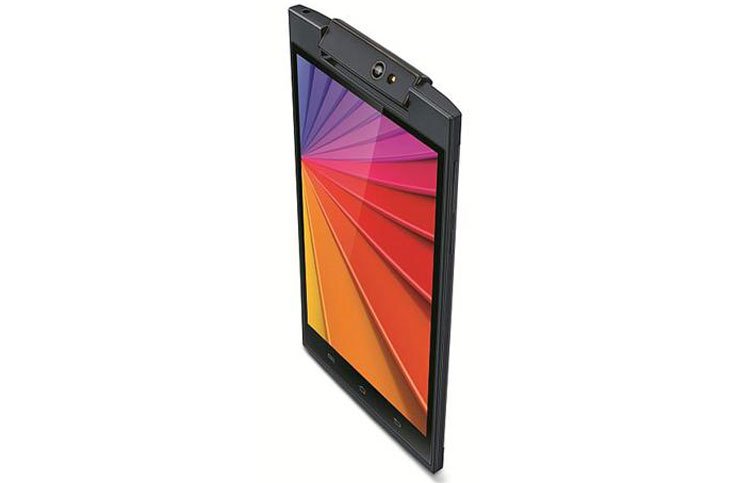 The domestic smartphone manufacturer iBall has expanded its product portfolio with the launch of Slide Avonte 7 tablet. The company has priced the device for Rs 10,999 and its USP its rotating 13.0-megapixel camera. The tablet is available in the market for purchase and it is said to be “India’s first tablet PC with rotating camera.”

On the specification front, the iBall Avonte 7 features a 7-inch display and comes with 1200×800 pixels resolution. The device runs on Android 4.4 KitKat operating system and it also offers dual SIM functionality with voice calling facility. Powering the tablet is a 1.3GHz quad-core processor paired with 1GB of RAM.

The inbuilt storage of the tablet accounts to 16GB which can be expanded further up to 32GB using a microSD card. The device also comes equipped with the support for 21 regional languages and its connectivity options include 3G, WiFi, Bluetooth, GPS and it packs in a 2,800 mAh battery.