Alongside the two smartphones, the company will be unveiling Realme Band today 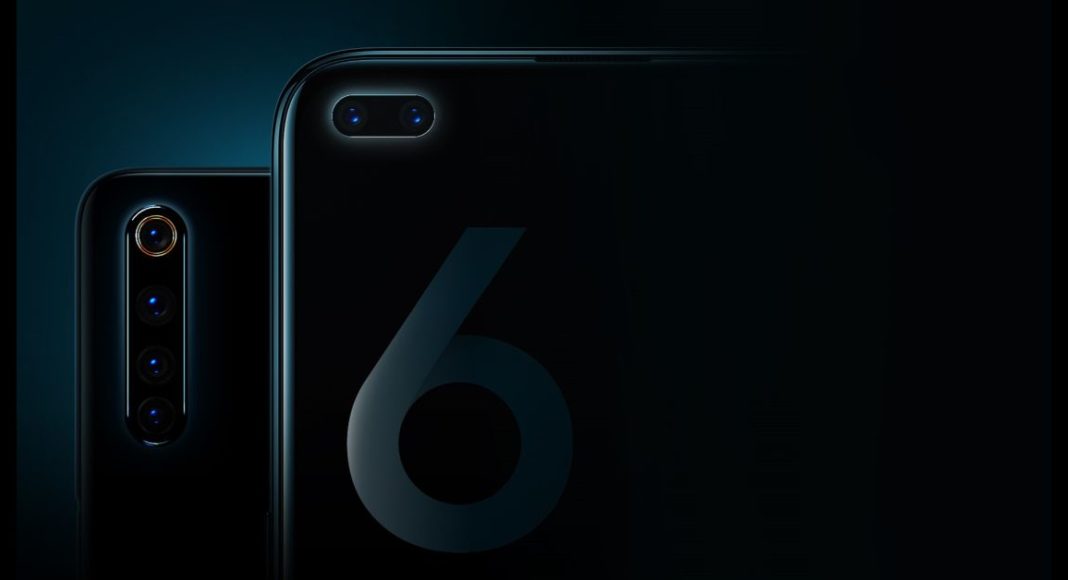 The Chinese Smartphone manufacturer Realme is going to launch its new series of mobile phones in India today. The company will be unveiling the Realme 6 series today in the country. The series will include two devices Realme 6 and Realme 6 Pro. The Pro smartphone offers a 90Hz display and will be powered by a Qualcomm processor. While the standard model comes with a MediaTek chipset. Besides this, at the same event, the company is speculated to launch its first Realme Band.

Realme 6 Series expected pricing and how to watch the Livestream

Earlier the company planned a launch event in New Delhi but amid Coronavirus fear Realme has now cancelled its plan instead it will be introducing the phone via online launch. The launch event will be live-streamed via the company’s official YouTube Channel. The event will start at 12.30 noon onwards and if you don’t want to miss the live-action you can watch it here on our website.

Until now the original pricing of both the smartphone is still unknown. But ahead of the launch, a report surfaced on the web which revealed the pricing of the smartphones. As per the report, the 4GB RAM with 64GB storage model of Realme 6 Pro price will start at Rs 13,999 whereas Realme 6 is expected to come at Rs 9,999. It is anticipated that as the new series is the successor of Realme 5 and Realme 5 Pro it is going to come with similar pricing. The e-commerce website Flipkart is the official online sale partner of the upcoming Realme smartphone as it is being teased on its platform also. It is also rumoured to come in two distinct colours Green and Purple according to some leaks. Else all the information related to the product will be affirmed by the company during the launch event.

It is confirmed that both the phones Realme 6and Realme 6 Pro will be offering a  full HD+ display with 90Hz refresh rate with a hole punch housing a selfie camera. The standard model will have a single punch-hole display while the Pro variant is going to feature a dual-hole punch screen to equip dual selfie cameras. Both the phone’s battery will be supported by a 30W flash charge tech.

In addition to this, there will be a quad rear camera placed vertically inside a pill-shaped camera module on both the smartphones. The teasers reveal that the camera system will be including a 64-megapixel primary sensor along with an ultra-wide lens, a telephoto lens and an ultra macro lens.

Alongside its new line up of smartphones, the company will also bring its first wearable device to the Indian market. The company will be launching the Realme Band at the same event. The company revealed that the fitness band will include nine sports modes – biking, running, walking, hiking, climbing, yoga, fitness, spinning and cricket. The cricket mode will be especially offered in India because of its popularity. The band will also include a sleep monitoring feature that will measure deep and light sleep. It will also include a built-in USB Direct Charge port to let users plug the capsule into any adapter in order to charge the band. 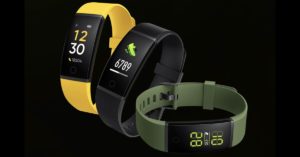 The Realme Band will also include features such as smart notifications, calls, reminders, text and SMS. Also, the Realme fitness band is IP68 water and dust resistant. The smart wearable will come integrated with a real-time heart rate monitor and will come with a curved and colour display. It will be offered in three colour options Yellow, Olive Green, and Black.

Komila Singhhttp://www.gadgetbridge.com
Komila is one of the most spirited tech writers at Gadget Bridge. Always up for a new challenge, she is an expert at dissecting technology and getting to its core. She loves to tinker with new mobile phones, tablets and headphones.
Facebook
Twitter
WhatsApp
Linkedin
ReddIt
Email
Previous article
Western Digital launched My Passport HDD with up to 5TB storage in India
Next article
Jabra announced the launch of Elite Active 75t earbuds in India