Samsung Galaxy A8s set to launch today: How to watch the live stream 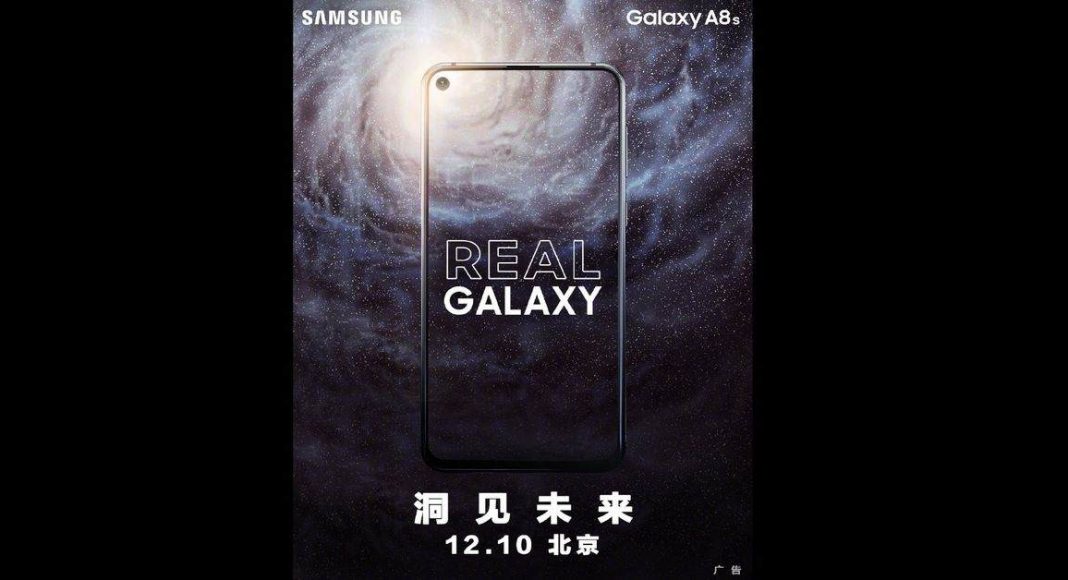 Last week, Samsung announced that it will be launching its Galaxy A8s smartphone today, with a launch poster on Chinese social networking website Weibo. The poster that was shared by the company showed a circular cut-out on the top left of the display of the device. Here’s how you can tune-in to Samsung Galaxy A8s’ launch:

Samsung has announced that its live stream for Galaxy A8s launch will begin at 4pm CST. So if you are watching from India, you should tune-in at 1:30pm to watch the launch. The live stream will be available on Samsung China website as well as on Galaxy Club website.

For imaging duties, Samsung Galaxy A8s mobile will sport a triple rear camera setup with 24MP, 5MP and 10MP sensors. The smartphone will come with a 24MP sensor on its front panel which can be used for selfies and video calls. As we mentioned earlier, the selfie camera of the device will be housed in a hole on its display that is expected to measure 6.7mm. Samsung is calling this the Infinity-O display and has come up with the concept in order to give its users a full-screen experience.

Reports also mention that the smartphone will pack a 3,400mAh battery and will come with a USB Type-C port. It may be the first ever Samsung smartphone to come without a 3.5mm headphone jack.

That’s all that we know as of now. Stay tuned with us to get all the updates from the launch of Samsung Galaxy A8s smartphone.

Avani Baggahttp://www.gadgetbridge.com
Avani has an immense love for reading, travelling and food, but not necessarily in the same order. Avani almost started pursuing law, but life had other (better) plans for her and she chose to be a writer instead (luckily!) She previously covered technology at Times Internet and wrote about smartphones, mobile apps and tech startups. When she’s not writing, you’ll be able to find her in book stores or catching up on her social life.
Facebook
Twitter
WhatsApp
Linkedin
ReddIt
Email
Previous article
This Week in Tech (December 2 – December 9): All that happened
Next article
Nokia 9 PureView may launch in early 2019