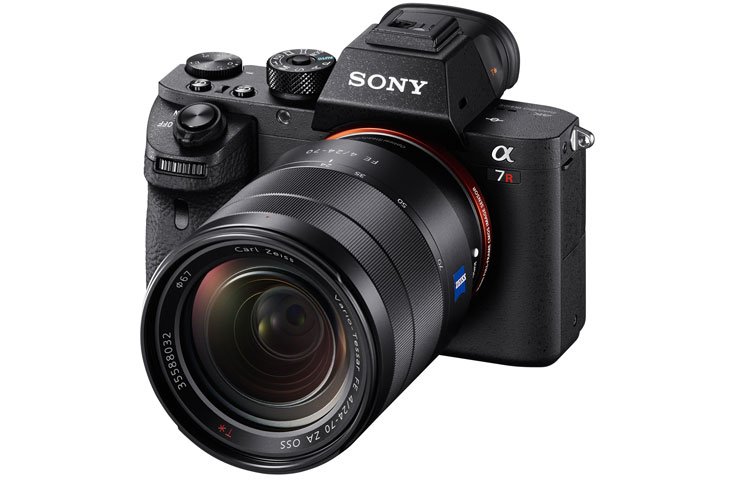 Sony has brought another DSLR camera from its camp to India. They have just unveiled the latest full-frame mirrorless camera called the Alpha a7R II. This stunning camera features the world’s first back-illuminated full-frame Exmor R CMOS sensor, which realises high-resolution (approximately 42.4 effective megapixels) and high-sensitivity (expandable up to ISO 102400).

The Sony Alpha a7R II has a solid professional look. It is powered by a newly refined XGA OLED Tru-Finder with the world’s highest (0.78x) viewfinder magnification. The camera has a 5-axis image stabilisation system and also has the ability to shoot and record 4K videos in multiple formats including super 35mm (without pixel binning) and full-frame format.

The Sony Alpha a7R II also features silent shooting and has a fast hybrid AF, which gives high-speed response and high-tracking performance with a wider range of lenses. It has an extremely rigid magnesium alloy design, too. The Sony Alpha a7R II comes with an improved and re-designed grip and shutter button compared to its predecessor. There is also a new mechanism to easily lock the mode dial in the camera. Over that, the new Alpha a7R II camera is Wi-Fi and NFC-compatible.

Ajay Singhhttp://www.gadgetbridge.com
Ajay Singh might still be studying English (Hons) from DU, but his skills over the language are pretty much top notch. He wants to quickly learn the ropes of journalism. Tech and gadgets fascinate him. His passion for the same drives him to research about new things tech. He tries to stay on top of gadget news. If there is a new tech toy launched, we are most likely to go up to him for its news. He likes to read and is crazy about travelling. He is also a cricketing ace and cannot resist a good Dosa.
Facebook
Twitter
WhatsApp
Linkedin
ReddIt
Email
Previous articleSony launches two new Cyber-shot cameras in India in the form of RX100 IV and RX10 II
Next articleENRG unveils new 10W Bluetooth Jazz speakers for Rs 3,999