One can already backup your chats in the respective cloud service. Now you can encrypt the backup as well. 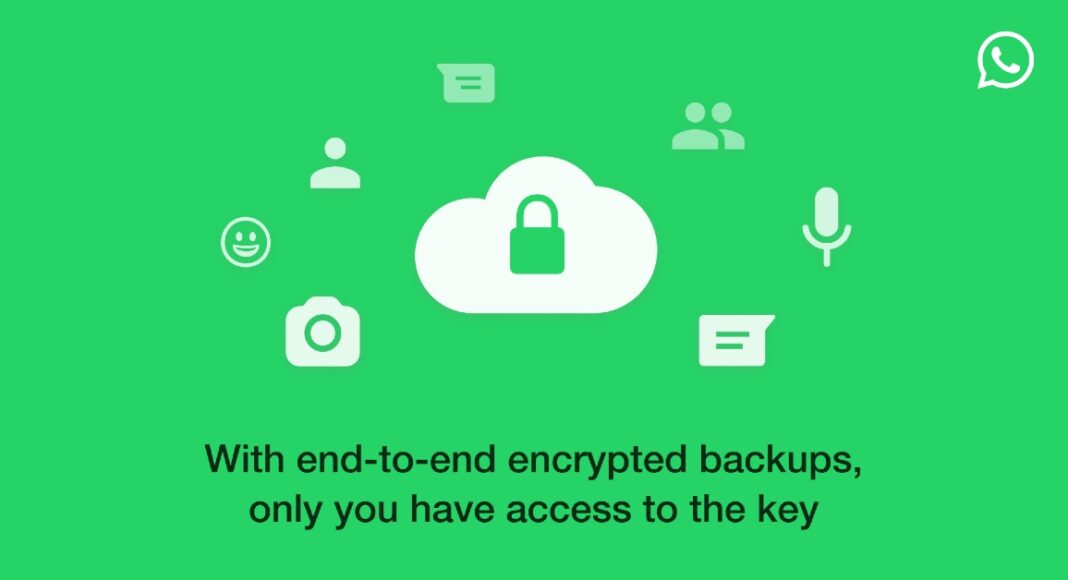 People have been using online-based backup services in WhatsApp for quite a while now. For Android users, the service is provided by Google Drive and for Apple it is iCloud. WhatsApp claimed that they have no access to these backups and are secured by the individual cloud-based storage services. The accuracy of this claim was unknown and it has been a weak link in WhatsApp security for a long time. But now the company has fixed it with end-to-end encryption in the cloud backup.

The company gave all its users the option to encrypt their chat backups to the cloud, getting this done was a big challenge that required an entirely new framework for key storage and cloud storage across operating systems, said Facebook’s chief executive Mark Zuckerberg in a post announcing the new feature.

WhatsApp made a system to enable its users on both Android and iPhone to lock their chat backups with encryption keys. The company also claimed it will give users two options to encrypt their backup. The feature introduced is completely optional for the users. Consumers will soon see an option of generating a 64-bit digital encryption key to lock their backup. They will have an option to either save the backup online or offline in a password manager of their choice. 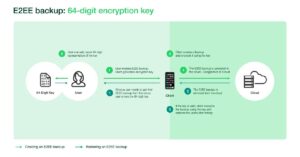 Read Also: How to backup your iPhone

The other option for the users is to create a password that backs up their encryption key in a cloud-based “backup key vault” that WhatsApp has developed. The password set by you won’t be known to WhatsApp and cant be used without one logging in. The company knows that some will be using a 64-bit encryption key whereas others want an easily memorable password, so they included both options. The only drawback of 64-bit encryption is that if the user loses their respective key there will be no way they can recover the chat backup. To avoid this problem WhatsApp development team has input several warning popups to make its users clear about it. 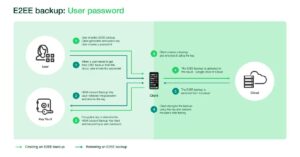 Adding end-to-end encryption in the cloud backup will be a good move by the company as the governments of many countries are getting strict regulations over user privacy. With people living their life more online companies should enhance the security they provide to the users. WhatsApp also confirmed that it will be rolling out this optional feature in every market where its app is operational, including India.