One of the first foldable screen PCs of the world, the ThinkPad X1 will be priced at 2,499 USD. 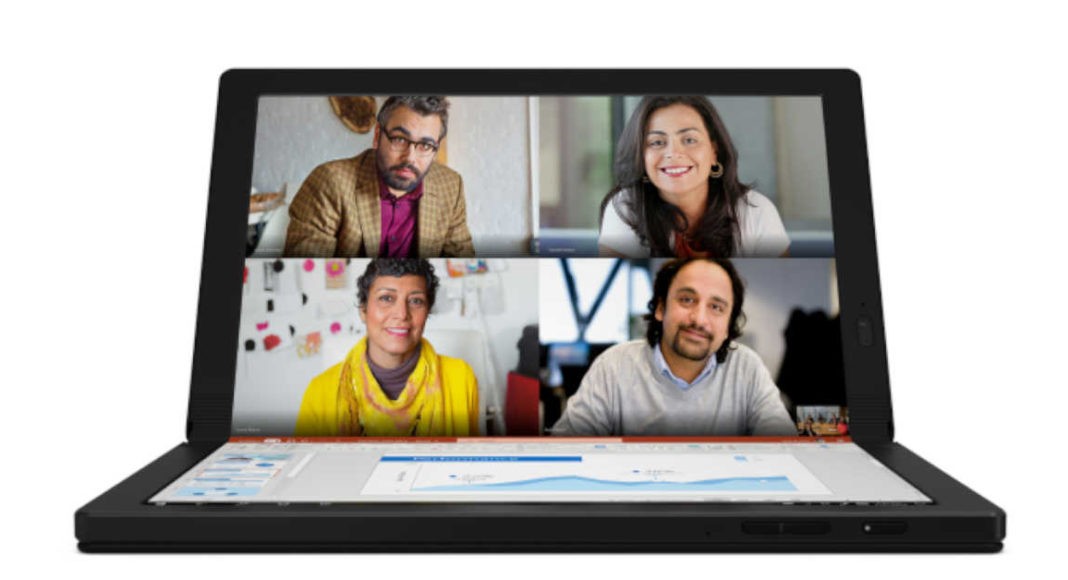 Lenovo lifted the curtains off the ThinkPad X1 Fold at CES 2020. This foldable PC was first teased in 2019, with more details revealed at the CES event in 2020. The ThinkPad X1 Fold is a trendsetter, and can be used in various modes by users.

Users can unfold the entire device to take advantage of the 13.3-inch OLED display. It can be folded like a digital book or a conventional laptop. The device comes with a stand that lets users utilise it in landscape mode too. The ThinkPad X1 Fold is designed in such a way that users can utilise both parts of the display separately or together as per their convenience. The ThinkPad X1 Fold will originally run Windows 10 Pro with a Windows 10 version launching sometime in the latter half or earlier of 2020.

The device can run Windows 10 Pro currently and when unfolded has a 13.3-inch flexible OLED display. The device is powered by an Intel Core processor with Intel’s Hybrid technology. The ThinkPad X1 has an integrated Intel Gen 11 graphic card supporting high quality and rapid changing graphics to the user. The ThinkPad X1 offers RAM of 8GB and storage of up to 1TB. The device has a webcam of 5MP and has a USB-C Gen1 and Gen2 ports with a port for a SIM card. The ThinkPad X1 comes equipped with a Dolby Audio Speaker system and a 50Wh battery which can be rapidly charged.

The device is a versatile folding PC. Lenovo promises users that the ThinkPad X1 Fold will carry on the legacy of the ThinkPad and is tougher than it seems. The device can work like a traditional PC when paired with the Bluetooth Mini Fold Keyboard and has the space to store and charge the keyboard wirelessly when with the PC. The device also offers support through Lenovo’s Active Pen enabling users to input information as per their convenience into the PC. The ThinkPad X1 is expected to be available to the customers after mid-2020 and will be priced at 2,499 USD or around Rs 1,79,527.

Rumours suggest that the Lenovo ThinkPad X1 will have a Windows 10X version, which will be released later this year.

Achuuth Karthickhttp://www.gadgetbridge.com
The youngest member of Team Gadget Bridge, he is knowledgable Intern and loves his laptop and mobile phone. He cannot stay without them. He loves to talk about new consumer gadgets and has a bright mind.
Facebook
Twitter
WhatsApp
Linkedin
ReddIt
Email
Previous articleCES 2020: The Samsung Galaxy Chromebook launched and here is everything you need to know
Next articleEcho Auto announced in India by Amazon, can be powered via the charging socket