Moto G32 review: Is this a reliable, inexpensive casual smartphone?

How did the smartphone fare in our tests? Let's find out. 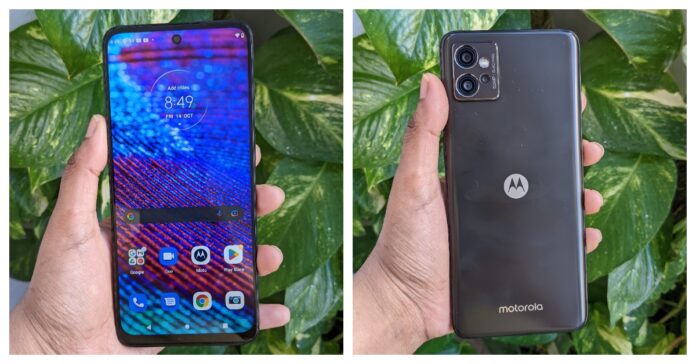 Motorola has recently introduced a lot of smartphones. The company now has everything from low-cost, medium, to high-end smartphones. The Motorola cell phones that we have so far tested have been quite excellent. The Moto G32 has been in our testing for more than a week, and so far, it appears to be a respectable phone for the money.

It has an integrated 680 SoC and uses the Android 12 OS. For water and dust resistance, the phone is IP52 rated. The phone also sports a triple-rear camera setup with a 50-megapixel main sensor. How did the smartphone fare in our tests? Let’s find out.

First and foremost, the Moto G32’s design is something we truly appreciated. Although it still has a plastic back, the appearance of the new Moto G smartphone is very different from the previous models’ rather dull aesthetics.

The panel also makes fingerprints and smudges less obvious than they would be on a glossy surface in general. Therefore, even without a cover, the G32 does not look as unkempt as it would. The phone’s back also has a triple camera module and the recognisable Moto batwing logo. 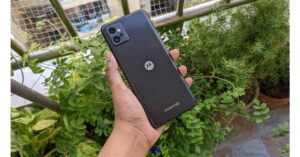 The phone’s size is quite ergonomic and somebody with little hands won’t have any issues with the way the weight is distributed. Our fingers landed flawlessly on the phone’s side-mounted fingerprint sensor, but the sensor itself is a little sluggish. Along with a volume rocker, the fingerprint scanner also serves as the power button. 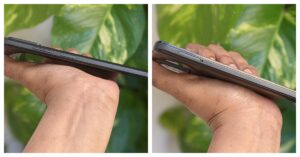 The tactile sensation on the buttons is also good. Unlike the left side, which contains a dual SIM slot (can house 2 SIM cards and a micro-USB card to expand memory up to 1TB). A microphone is located on the top frame, while a 3.5mm headphone jack, microphone, USB Type-C port, and speaker grille are located on the bottom border. 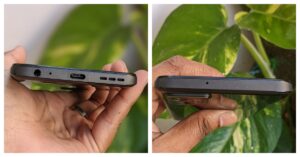 Additionally, the Moto G32 has an IP52 rating for water and dust resistance, so external protection is also taken care of.

On the head, edges, and chin of the phone’s front are thin bezels, while the bottom bezel is broader. On the top of the screen is a selfie camera.

A 20:9 aspect ratio and full-HD+ resolution of 1,080 by 2,400 pixels are present on its 6.5-inch LCD display. The screen refreshes at a speed of 90Hz, and touch input occurs at a rate of 180Hz. During our testing, we did not observe any scratches on the screen because it is additionally protected by Panda Glass 3. 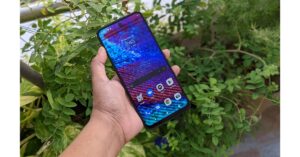 The display offers an immersive viewing experience while watching videos and gaming. Also, the screen feels fluid and seamless thanks to the 90Hz refresh rate. The smartphone comes with support for Widevine L1 and we tested it with HD movie playback on both Amazon and Netflix. The colours seem to be a bit boosted, especially bright reds and magenta. The viewing angle is also ok but the screen’s peak brightness is capped at 600 nits so the display isn’t bright when used outdoors.

The speaker system’s audio capabilities include Dolby Atmos compatibility. However, despite the speakers being loud, the audio output is not particularly good and lacks a bit of depth.

Performance-wise, the Qualcomm Snapdragon 680 SoC and Adreno 610 GPU power the Moto G32. The phone has 64GB of internal storage with 4GB of RAM, which can be increased to 1TB using a microSD card.

When it comes to daily usage, the phone is a nice budget smartphone that is pretty quick. However, navigating between apps like Instagram, Facebook, Youtube, and other social media apps presents a challenge, making multitasking between the apps challenging.

On the gaming front, Call of Duty Mobile can be played, but not at its optimal settings. Additionally, the phone warms up after only 15 minutes of use, so if you’re a serious gamer, avoid buying this phone. 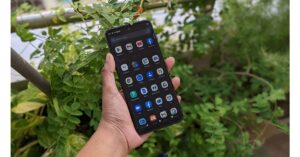 In terms of software, the G32 runs Android 12 out of the box, just like all current G Series devices. In order to provide a clean UI experience devoid of ads and bloatware, the firm offers Android 12 with My UX skin on top, which improves the overall experience.

Additionally, there are opportunities for customisations. On the G32 smartphone, an update to Android 13 as well as three years of security patches have been promised. Additionally, you get all the Moto-only features, like gesture functions to turn on the camera and flashlight. You also get the Thinkshield, a security layer, in addition to this.

The Moto G32 boasts a triple back camera configuration with a 50-megapixel primary camera, an 8-megapixel ultra-wide angle sensor, and a 2-megapixel macro lens. A selfie camera with a 16-megapixel resolution and an f/2.4 aperture.

The 8-megapixel super wide camera of this phone, which is unusual for a phone in this price range, is its best feature. Even a lot of top and mid-range phones lack an 8MP sensor for ultra-wide photography. 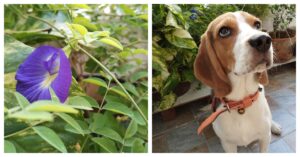 Performance-wise, under favourable lighting situations, the photos taken with the primary camera offer a considerable deal of detail. Shadows were fine, and neither the highlights nor the subjects were overhyped.

The inclusion of an 8MP super wide camera is commendable, but when zoomed in, we saw edge distortion, faded colours, and a lack of details. However, the 8MP is still superior to the 5MP ultra-wide lens.

The 2-megapixel macro lens, on the other hand, is rarely useful because you have to work very hard to capture clear pictures even in decent lighting.

Both interior and outdoor low-light photos appeared just about average. Selfies are good if taken in bright lighting, they will be distorted and fuzzy otherwise.

A 33W fast charger is included with the Moto G32, which has a 5,000mAh battery. We had a good battery life with the device—more than a day and a half. Additionally, it took the phone longer than 1 hour and 5 minutes to charge completely.

The Moto G32 is the ideal gadget for a casual user. For roughly Rs 12,000, you get a battery life of almost a day, a smooth 90Hz display, and respectable casual gaming performance. In addition, you have a typical triple-camera setup. The Motorola smartphone offers you an IP52 certification, 33W quick charging, and most importantly a pure stock Android experience.

- Advertisment -
Motorola has recently introduced a lot of smartphones. The company now has everything from low-cost, medium, to high-end smartphones. The Motorola cell phones that we have so far tested have been quite excellent. The Moto G32 has been in our testing for more than...Moto G32 review: Is this a reliable, inexpensive casual smartphone?