HomeOther TechAppsThis is FireChat: An instant messaging platform that works without internet access...

This is FireChat: An instant messaging platform that works without internet access and how it works 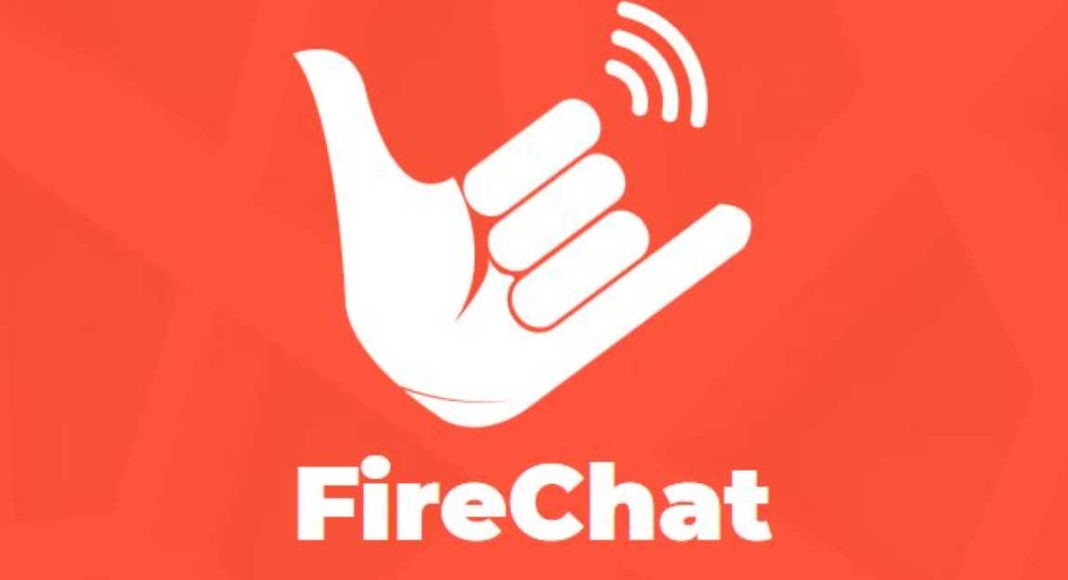 FireChat, an instant messaging app which functions without internet access. FireChat uses technology like Bluetooth and Wi-Fi to send messages from one device to another, which is why the number of users is increasing on a daily basis. This app has become a crowd favourite with protestors worldwide.

Created by a company called Open Garden, the app comes in available for iOS and Android devices. FireChat utilises Wi-Fi or Bluetooth to create a network that increases when a lot of people are using it. This app runs on a mesh-like device that links Bluetooth coverage areas into a huge network enabling one individual to talk to another quite far away by getting the message to jump phone to phone till it reaches the receiver. This feature only works this way when the sender and receiver are in proximity or surrounded by many users of FireChat and the sender or the receiver does not have internet access.

On the Google Playstore, the app’s description is as follows, “FireChat works even without an Internet connection or cellular phone coverage. Use it anywhere: planes, public transportation, cruise ships, campuses, and crowded events. All you need is a few people around you using FireChat.”

FireChat lets users send messages, pictures and user encrypted private messages. Users also get a feature of creating private and public chat rooms. The app also functions as a regular chat app when connected to the internet. To sign up on the app as a user, he/she needs to download it on a smartphone and create a FireChat account.

While the app offers a useful mode of communication during periods of no internet, it comes with its own limitations. The app cannot send a message when there are no users between the sender and receiver and both of them are not in proximity with no access to the internet. The application requires users to have it downloaded through the internet, hence becoming of minimal to little use to users in a no-internet zone. The app also requires users to have their Wi-Fi and Bluetooth running which could mean more battery usage of the smartphone, leading it to shut down quicker.

FireChat is not a substitute to regular apps, which provide instant messaging services as it is not secure and it utilises Bluetooth, which is an open technology by design.

Achuuth Karthickhttp://www.gadgetbridge.com
The youngest member of Team Gadget Bridge, he is knowledgable Intern and loves his laptop and mobile phone. He cannot stay without them. He loves to talk about new consumer gadgets and has a bright mind.
Facebook
Twitter
WhatsApp
Linkedin
ReddIt
Email
Previous articleNow Instagram will fact check stories, photos and videos to reduce sharing of misinformation on its platform
Next articleRealme X50 5G coming soon: Everything there is to know about the smartphone