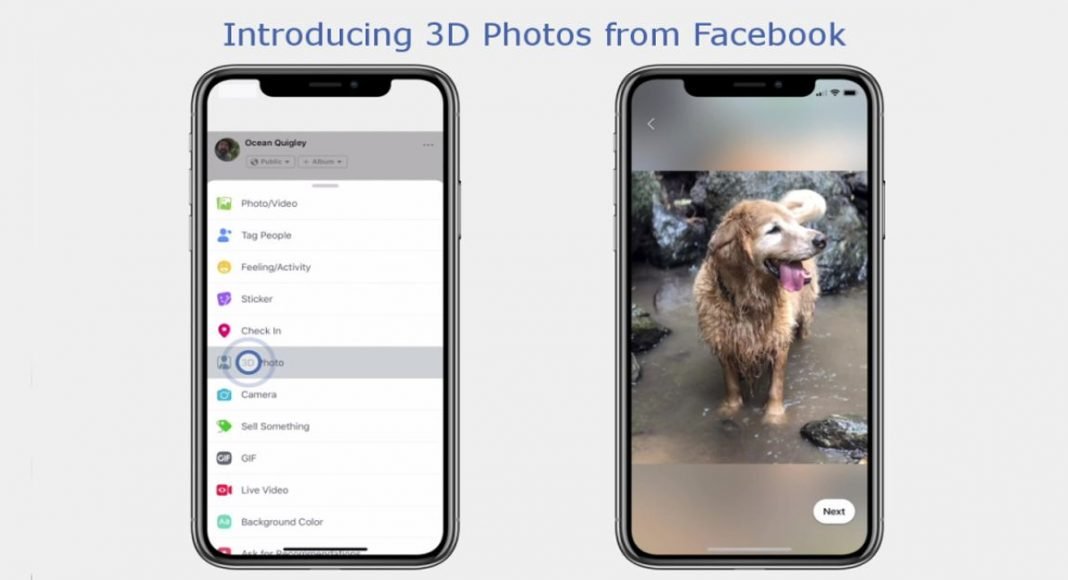 Recently, social networking giant Facebook rolled out a new tool for its iOS app called 3D photos. The feature adds interactive 3D effects to photos shot on portrait mode on iPhone using artificial intelligence. You may have come across some photos on your news feed that can be viewed as 3D if you move your smartphone. These are the kind of photos that can be created using the Facebook feature. You’ll be able to see these photos in 3D even if you use a VR headset.

If you want to use this feature, the first thing that you should know is that you can only create and share 3D Photos via an iPhone that has dual rear cameras. The devices that can support this feature include iPhone 7 Plus, iPhone 8 Plus, iPhone X, iPhone XS and iPhone XS Max. IF you have one of these, you can follow our step by step guide to create Facebook 3D photos:

On following these steps, you would be able to share a 3D Photo on Facebook via your iPhone. and then, when your friends scroll down their news feed, they will be able to view your image in 3D on moving their smartphones or via VR headsets. It is worth noticing that while the effect can only be created using iPhones with dual rear cameras, they can be viewed even on desktop, mobile or Android smartphones. If you are an Android smartphone user, you will have to wait a little more to create 3D photos on your device. Some reports do suggest that Facebook is working to get this feature on its Android app too.

Avani Baggahttp://www.gadgetbridge.com
Avani has an immense love for reading, travelling and food, but not necessarily in the same order. Avani almost started pursuing law, but life had other (better) plans for her and she chose to be a writer instead (luckily!) She previously covered technology at Times Internet and wrote about smartphones, mobile apps and tech startups. When she’s not writing, you’ll be able to find her in book stores or catching up on her social life.
Facebook
Twitter
WhatsApp
Linkedin
ReddIt
Email
Previous article
Google’s is working towards completely removing gender bias from translations
Next article
This Week in Tech (December 2 – December 9): All that happened