Amazon Echo Show review: Alexa with a screen of its own

Amazon Echo Show has Alexa and a 10.01-inch HD display. Is it worth a buy? 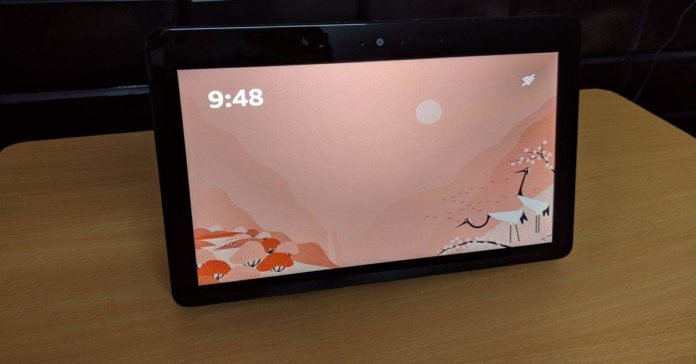 The second generation of the Amazon Echo Show has an impressive design. While it may look like a digital photo frame from a distance, when you get close enough, you will see that it has a very broad rubber base so that the smart speaker stands steadily. The smart speaker by Amazon sports a 10.1-inch HD (1,280×800 pixels) touchscreen display, which dominates the entire body of the device.

There is a plastic wrap that outlines the display and the back, and the sides of the device with speakers are wrapped in fabric. The passive radiator is also present on the Amazon smart speaker. The new offering by Amazon is available in two colour variants – Black and White. The one that we got for review was dressed in Black. 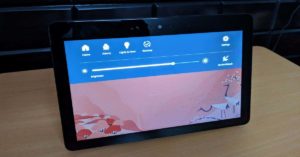 Looking at the back of the device, you will see that a power port and a MicroUSB port are also present on it. A good thing is that the machine comes with a long cable, which means that you don’t have to be too picky about where to place it.

On top of the screen, there is a 5MP camera and four microphones. While the microphones can be used to give commands to Alexa and make voice calls, the camera comes in handy when making video calls. The top edge of the Amazon Echo Show houses three buttons. Among these, two can be used to control the volume and one turns off the microphones and camera. This is a great feature for people who value privacy. 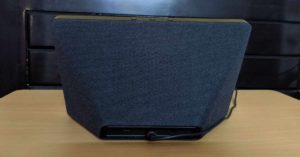 Speaking of the internals of the device, Amazon Echo Show is powered by an Intel Atom x5-Z8350 processor. It comes with Bluetooth connectivity, so you can also connect the device with your smartphone and use it as a Bluetooth speaker. We should also mention that if you have smart appliances in your house, you would be able to use the smart speaker as a smart home hub. However, the smart appliances must come with Zigbee home automation standard to be connected to the Amazon Echo Show.

To sum it up, we would say that we really liked the design of the Amazon Echo Show. Whether you place it in your living room or bedroom, the smart speaker would look great and prove to be useful at the same time.

Before we start talking about the performance of the Amazon Echo Show smart speaker, we’ll tell you about its features so that you know what all you can do with it. Firstly, you would require to set up the Amazon Alexa app on your smartphone, which is available on Google Play Store and Apple’s App Store. The app can be used to add new skills, create routines and also to integrate other Amazon devices with the smart speaker including the likes of Amazon Fire TV Stick.

Most of the features would require you to give spoken instructions to Alexa. One thing that we really liked about the Amazon Echo Show is that it adds a visual element to its screen whenever you ask Alexa a question and the digital assistant replies. While this feature was also present in Amazon Echo Spot, the big-screen of the Echo Show obviously makes it look better. 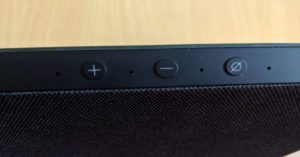 You can try a number of voice commands on the Amazon Echo Show. If you are unsure about what you can ask Alexa to do and what it cannot help you with, just say, “Alexa what all can you do?” The digital assistant will then show you an entire list of commands that you can say to make it perform various functions.

You can watch movies and videos from Amazon Prime Video on the device too. You can use voice commands to order Alexa to play a particular show, movie or even an episode of your choice. If you are used to watching videos and shows from the service on TV, you may not enjoy the experience too much on this screen. However, others may like it as the display offers a good viewing experience.

Another thing that Amazon Echo Show can do is let users browse the internet. Although it only has support for Silk and Firefox browsers, we felt that it is a good additional facility to have on the smart device.

Even when you just leave it idle, the device shows you information that is related to various trending topics and this changes every single day. If you feel interested in any of these, you can ask Alexa to tell you more about them.

As we mentioned earlier, the Amazon Echo Show can also be used to control other smart home devices. A number of devices from the likes of Philips, Syska and Xiaomi are supported.

Now, let’s talk about how Amazon Echo Show performed in these functions. Most of our experience with the device was good. We found it very easy to setup the device using our Amazon account and Alexa app. Connecting other devices to the Echo Show smart speaker was also a seamless process. You can place the device anywhere from your office table top to your living room or even your own room. With the number of functions it has, it will prove to be useful everywhere.

You can start your day by dismissing an alarm on Alexa, and then you can get your news from it and ask it how much time will it take to reach your work place. If you have the smart speaker with you at work, you can waste less time looking up for things on the web and ask Alexa to do that for you instead. In your leisure time, you can ask Amazon Echo Show to display videos, play quizzes (even in Hindi), or get it to read you an audiobook. There is so much that the device can do, and most of the times it does it well.

We watched a lot of videos on the Amazon Echo Show, and we found its audio quality as well as the viewing experience on the display to be good. Even at really high volumes, the smart speaker did a good job with the audio output without cracking. However, some may complain about the HD resolution of the device since it is on the expensive side.

Alexa helped us with most of the things we asked it to do. However, there were times when it encountered problems while stopping one task to start the other. So suppose the speaker was playing videos and we asked it to do something completely different, at times, it did not follow the command or had a delayed response. We recommend just using the quick settings on the top bar to do certain things like going back to the Home screen between various tasks.

Since the display of the device is big in size, we found it to not only be good for watching videos, but also for reading text when the smart speaker was placed at a distance.

One thing that we could not test during our time with the device was its ability to work with other smart home appliances, which the company claims it can do brilliantly.

At Rs 22,999, Amazon Echo Show is not a device that caters to the needs of people, but to wants. While it manages to work well, most of its functions can be found in a smartphone. If you want to listen to loud music, you may just buy a Bluetooth speaker instead. Or, if you want to watch content on a screen bigger than a smartphone, most people can just opt for watching it using their TVs, tablets or laptops. The Alexa features are really cool, but there will be few who would not want to spend that much for it.

On the upside, if you buy it, it is a device that can be used for a number of different uses that we have talked about in the review. If you purchase it, you will find it to be very useful, but then as we mentioned earlier, you will also find most of these functions in other gadgets. The question here is only about whether you think having them together in a single device with Alexa thrown in is worth the price or not. We somehow think it is.

- Advertisment -
Amazon Echo Show review: Alexa with a screen of its ownLast year, Amazon launched the second generation of its Echo Show smart speaker, which now has finally made its way in India. Amazon Echo Show is priced at Rs 22,999. At this price, it is one of the more expensive smart speakers that are...