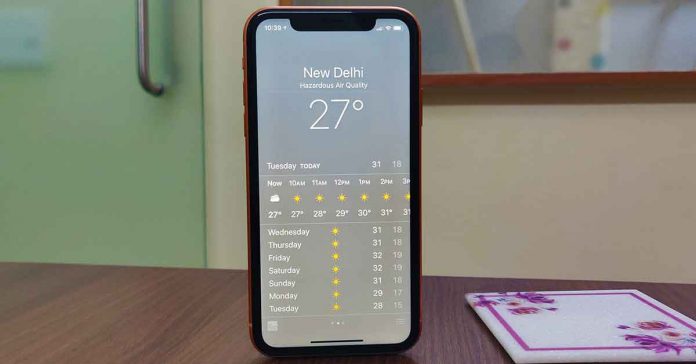 When it comes to making futuristic machinery, which the world wants to copy, Apple is the first name that pops to anyone’s mind. Apple is known to build brilliant gizmos that not only look good but have a golden heart inside. One such example is the Apple iPhone XR. In case you are reading it as X-R then you might want to correct yourself. It is actually called the Apple iPhone Ten R. The X is the roman character for ten.

The Apple iPhone XR is a smartphone available in a sea of colours. These include black, blue, red, white, yellow and coral (the one we received for review). We spent a good time with the new device that has launched in India at the same time as in much of the world. And this is our review of the Apple iPhone XR.

As always let’s start with the aesthetics of the smartphone. The Apple iPhone XR is the third iPhone model launched this year after the iPhone XS and XS Max. It is 8.3mm thick from the sides, which are built of 7000 series aluminium. The metal is curved around the edges and runs across the sides of the smartphone. On the right side, Apple has placed the large power button along with a dual SIM tray. On the left side there are separate volume up and down keys, along with the ringer slider. 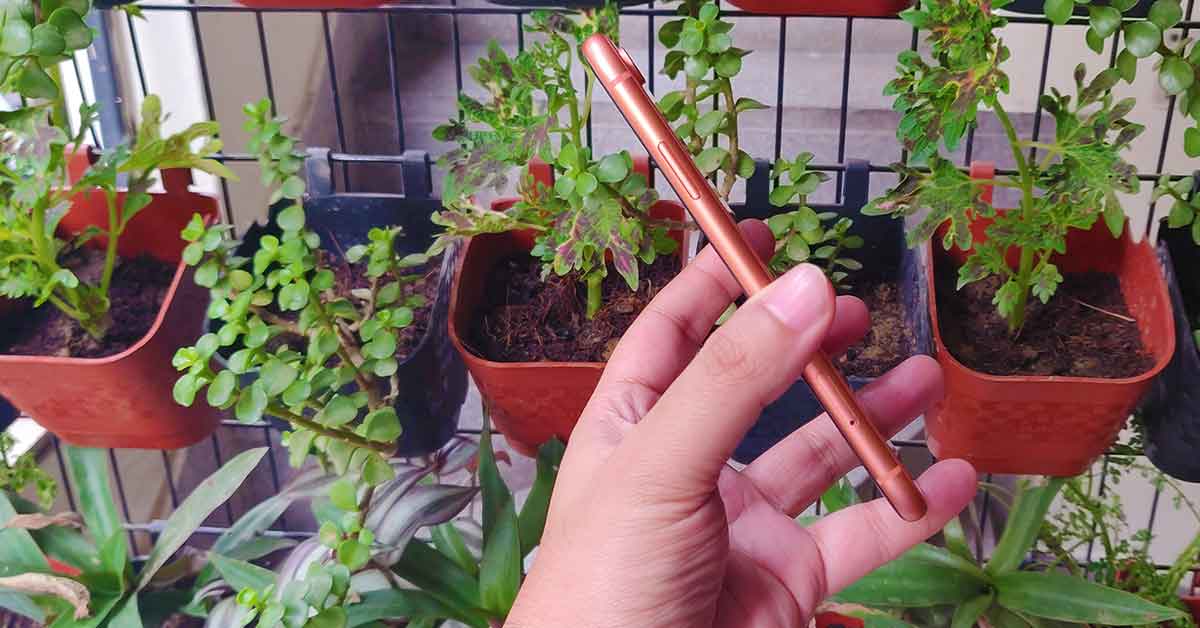 The bottom holds the lightening charging port as well as the speaker and microphone grille. Twin hardened glass is placed on the front as well as the back, which enables the device to charge itself using a wireless charger. The front of the Apple iPhone XR is dominated by a large 6.1-inch Liquid Retina IPS LCD. And yes, there is a notch present here too and no physical home key, just like the iPhone X, XS and XS Max. 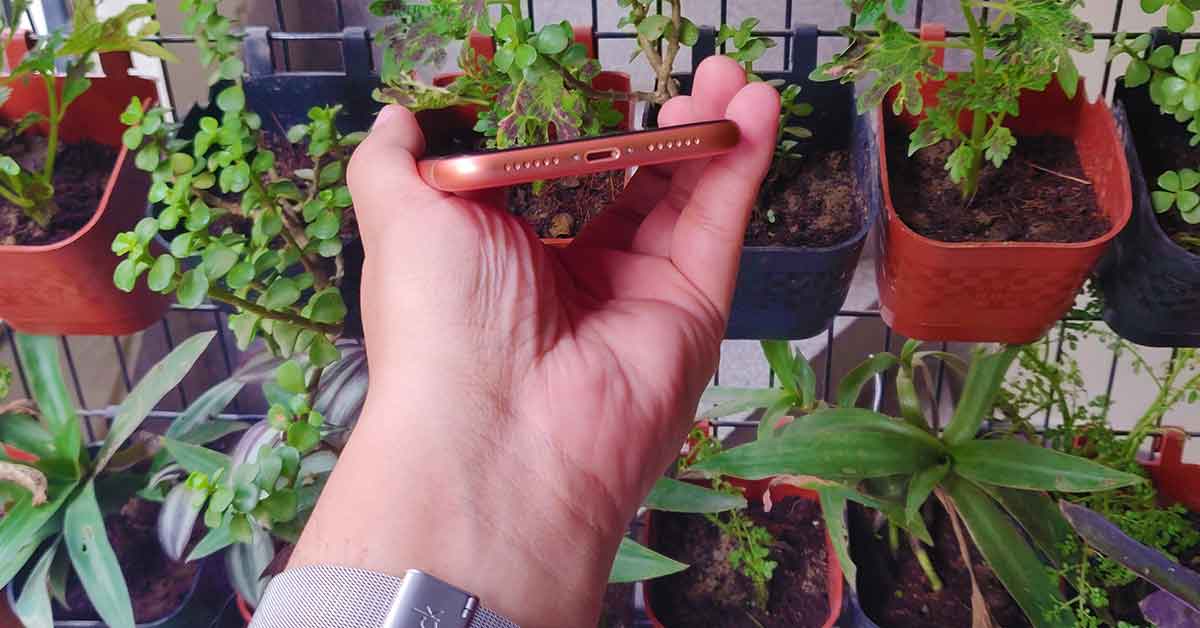 The notch here is about the same size as found on its siblings. It hides the front facing camera system for Face ID along with other sensors like proximity. Flip the device around and you will be greeted by a raised single telephoto camera with dual-tone flash under it. In the upper middle is the shiny Apple logo and at the bottom part of the back is where the iPhone branding lies. The device weighs 194 grams with the large battery inside, but does not feel bulky at all. 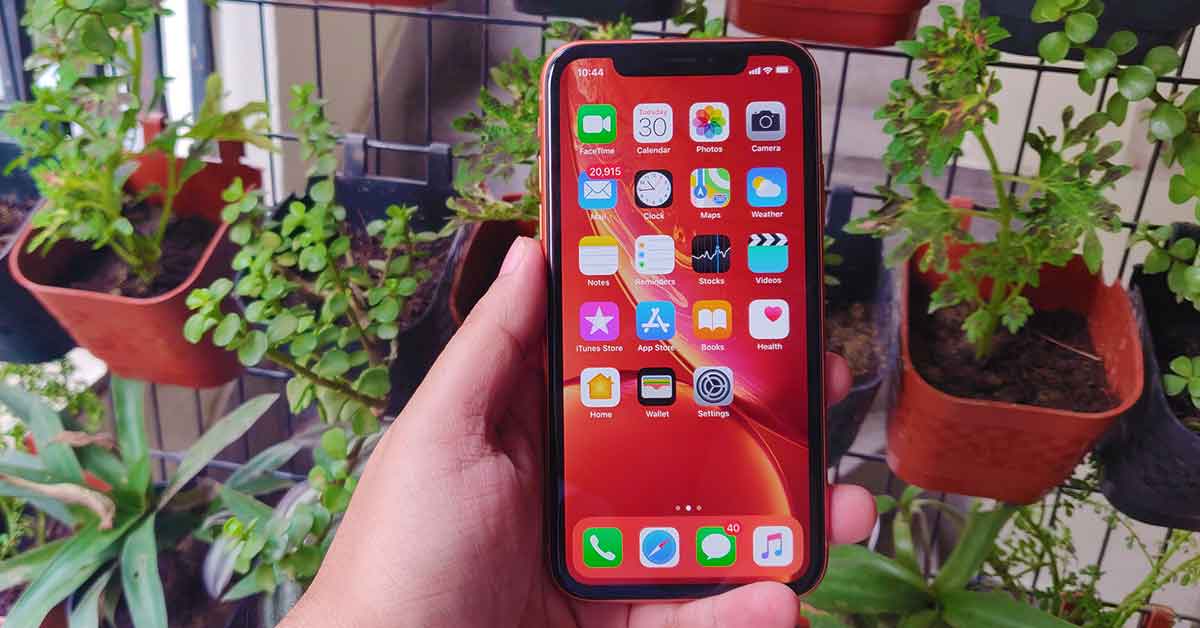 Coming back to the display it is a treat to work with. It is not as brilliant or bright as we have seen in some of the more expensive iPhones, but it is definitely better than other or at par with competitive Android displays you get in the Indian market. The LCD is curved from the sides, which gave us an enhanced viewing experience. Even when watching it from the sides. No matter what we threw at the Apple iPhone XR touch screen to play, it came back with great sharpness and better than nice colour reproduction.

However, we do feel that the black band that runs around the screen could have been slightly less. Screen to body ratio is 79% and as we said it could have been better. The LCD screen has 326 pixel per inch density and supports 828×1,792 pixels resolution. Also, there is no 3D touch in the Apple iPhone XR. To be frank we really did not miss it. Overall, we were quite happy with the form factor and design of this smartphone. Oh and before we forget the Apple iPhone XR has an IP67 rating, which makes it dust and water resistant. In plain words, if you manage to drop it in 3 feet of water it will stay alive for 30 minutes, before the water seeps in.

Performance, Cameras and Other Features

Let’s start with under the hood features. The Apple iPhone XR is also built on the same Apple A12 Bionic platform that is found on the Apple iPhone XS and XS Max. So, we got the same kind of performance as the users of these phones are getting. The CPU has 6 cores and the Apple’s own GPU in the system has 4 cores. 3GB of RAM is there inside this phone, which when an Android user reads might seem less, but it really does not matter here. As the Apple iOS 12 is very smooth. You really don’t hit a performance lag, even when you have multiple applications or multiple tabs open in Safari/Chrome.

As for the storage there are three variants available at different price points. The 64GB one is the base version that can be picked up for Rs 76,900. The one we reviewed is the 256GB version that comes with a price tag of Rs 91,900. Then there is the middle variant with 128GB storage, priced at Rs 81,900. No cost EMI is available on all the models.

Apple has left no stone unturned to give extreme performance to its users. We gave the mobile a stress test and the Apple iPhone XR sailed through without flinching. We played graphic hungry games and it did remarkably well. YouTube videos and music apps ran well, too. We loved the video quality on it and stereo sound took the experience to the next level. Talking about which, when one is watching a video or listening to music without the supplied headphones (which by the way a quite nice to listen to), the loudspeaker as well as the speaker on the ear microphone grill also fire up. Together they give you very immersive close to life audio experience.

Call quality is not bad at all either. With the JIO 4G network we could hear everything clearly even at 50% volume. The Apple iPhone XR packs a 2,942 mAh battery inside which is larger than the previous generation of iPhones. We were hoping to get a day’s battery life and amazingly it did deliver and more. iPhones are not the best when it comes to battery life and with our kind of usage definitely not. However, remarkably the Apple iPhone XR lasted more than 24 hours on a single charge. This included our daily dose of phones call on the 4G network with Wi-Fi on, over 200 whatsapp message exchange, light gaming, YouTube library browsing and some music playback with Bluetooth when driving back from work. And here we are, getting more than a full day’s battery life.

iOS 12 comes pre-installed on the Apple iPhone XR and since we have spoken about it numerous times on the website as well as our YouTube channel we will not bore you with the workings. In case you want know more about the OS, which works wonderfully well on the Apple iPhone XR, you can check our video with its new features here. 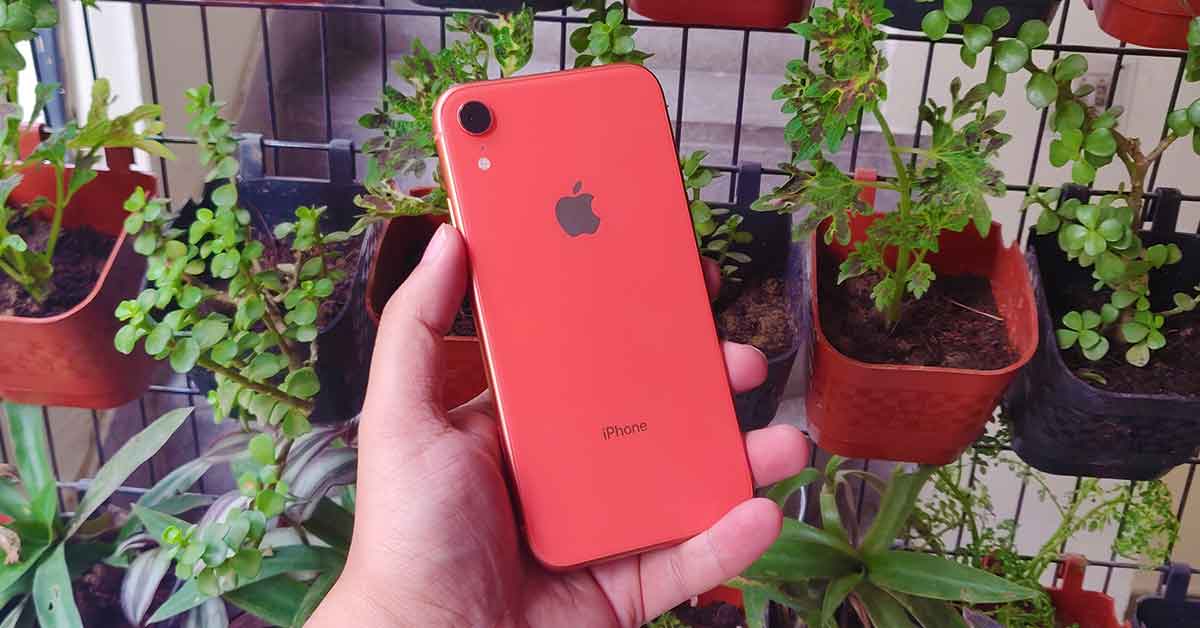 Jumping over to the cameras the Apple iPhone XR features a single 12MP camera at the back. This has a wide lens over it and features an aperture size of f/1.8. We clicked a lot of images with it at various times during the day and found out the results to be quite intriguing. The macro shots taken during the day or in well-lit conditions came out well. In low lit not so well. However, the case changes when you try to take landscape shots or pictures of far-away objects. The Apple iPhone XR did justice to shots during daylight and less light. For night shots we did use the flash and the camera was able to capture more detail and colours became brighter. 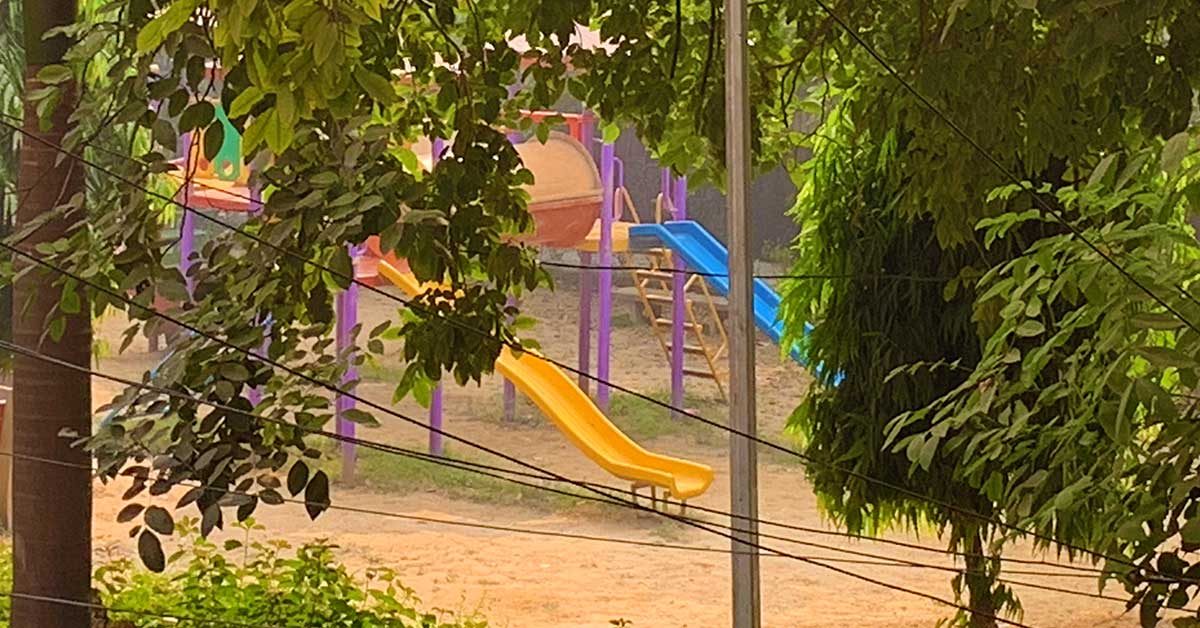 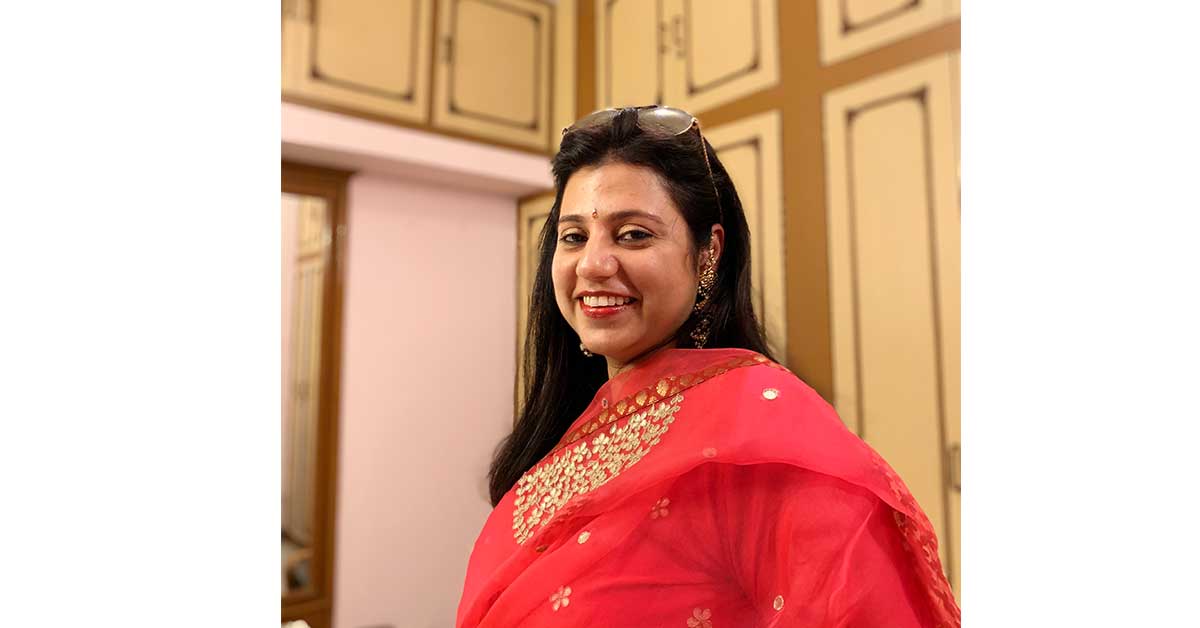 Over that, the rear camera uses software to take portrait shots. Bokeh effect is not as good as the iPhone XS or XS Max (since both have dual sensors), but nothing that we would call a downer. In fact, on most occasions we found the images to be quite vibrant and sharp. Moving the front camera, the 7MP sensor does get all the effects like stage light and stage light mono in the portrait mode, which are missing from the rear camera as those need a dual camera setup. We loved the selfie experience and the modes have become much better than what was there in the iPhone X. There is great attention to detail here. 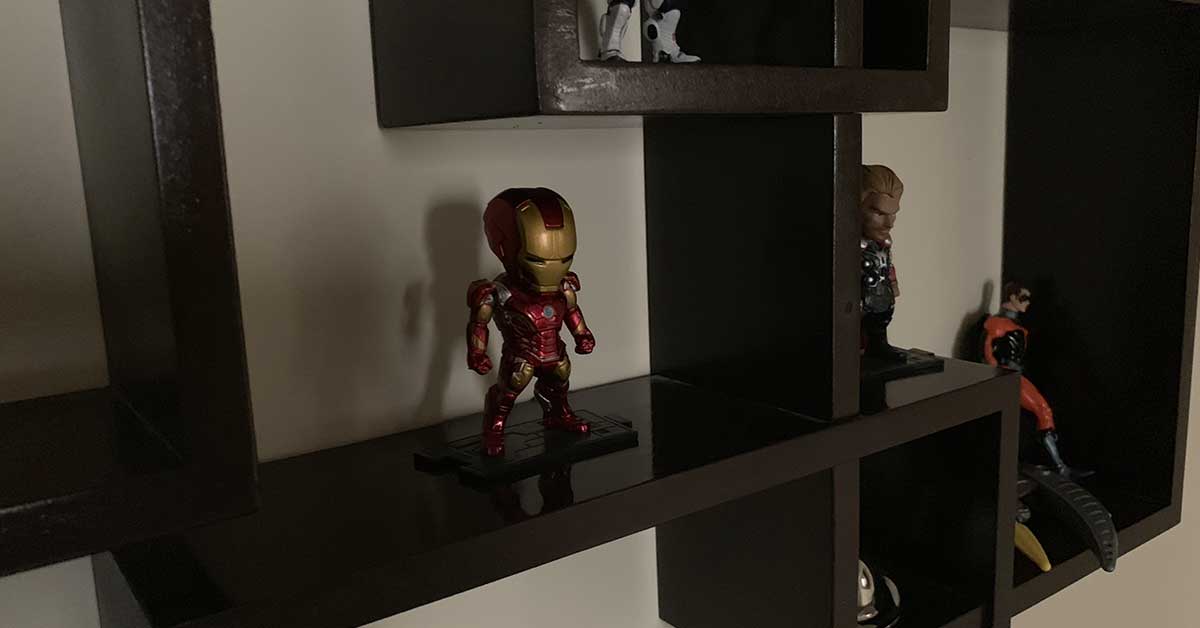 Siri is available on the Apple iPhone XR as well, but seems a little dated when compared to its competition. Apple needs to drastically upgrade this feature as Amazon Alexa and Google Assistant are way ahead, especially when it boils down to localisation of content. Other features of the smartphone include Face ID, that works extremely well to open the smartphone, Wireless charging, active noise cancelation, Bluetooth 5.0, Wi-Fi 802.11 a/b/g/n/ac band support as well as A-GPS.

To tell you the Truth, we were sceptical on how the Apple iPhone XR will perform. However, it did not disappoint from the get go. We loved how it performed and managed graphically demanding games as well as its large touch display. Yes, it does have a single camera at the back, but that too yielded good results and in all fairness did the job very similar to what the dual lenses could do on the other iPhones. Also, it comes in a variety of colours so users can choose the one they prefer. All in all, a great device to go for that will give you great performance, battery life and superb built quality at a lesser price.