Asus Zenfone Max Pro M1, now that is a long name for any phone. Don’t know what the makers were thinking when they were naming this smartphone. Moving past the super long name this phone has quite a few good things going for it. We played around with it for a little while to find out what the deal is with this mobile and this is our review of the Asus Zenfone Max Pro M1.

These days all the budget segment smartphone look the same. They have similar form factor, have similar fingerprint sensor placement and also the same iPhone X inspired dual camera setup. The Asus Zenfone Max Pro M1 also has those similarities, however it does have a bit of its own identity. To start with, the front glass placement is superb and it is smooth to the touch, even at the edges. 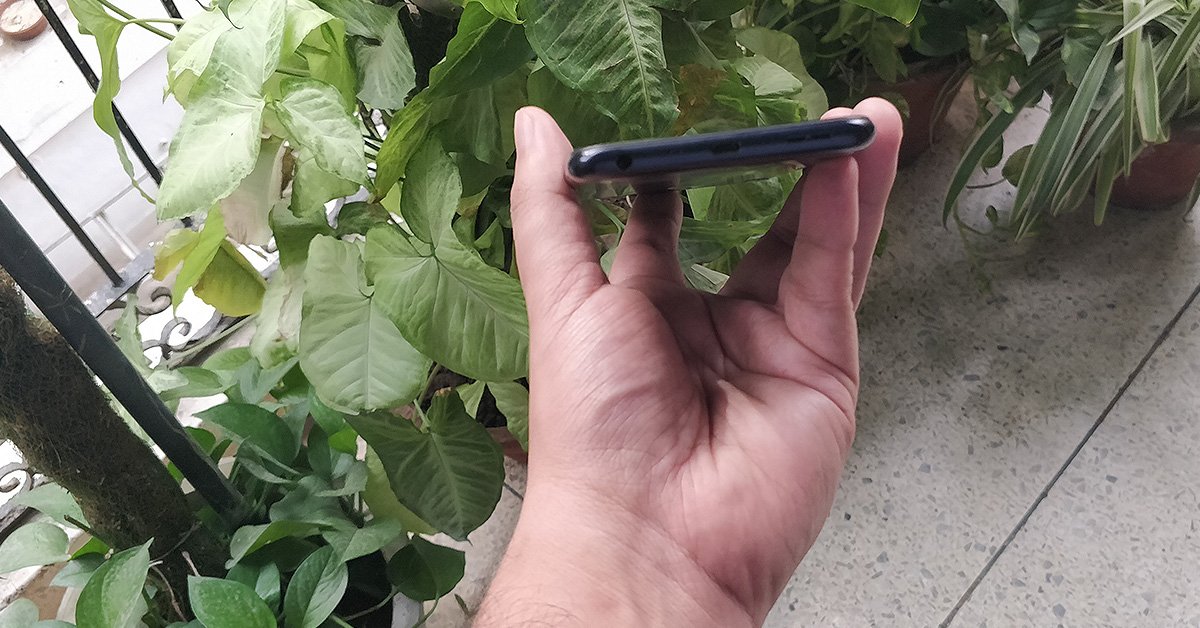 The left side of the smartphone has no keys, which is rare to see, but has just the dual nano SIM tray. The right side of the Asus Zenfone Max Pro M1 features the power button and the volume rocker. The top again has nothing and has one smooth seamless design, while the bottom houses the 3.5 mm audio jack, USB Type B (not C) and a mono speaker.

Turn the phone around and this black beauty has the twin cameras on the top left, similar to the Apple iPhone X with a LED flash underneath it. The fingerprint sensor is placed on the top middle part of the back with the Asus logo underneath it. All this is on a compact metal body that has no sharp edges, full marks to team Asus.

The front side, like we said has a super slick glass on a 6-inch display, which supports 18:9 picture aspect ratio and 2,160×1080 pixel resolution. Above it, is the front facing camera and couple of sensors along with the ear microphone.  Overall, in the looks department the Asus Zenfone Max Pro M1 does get good marks with its own distinct features.

Now on to the fun part, where this phone scores a lot of marks. Let us start by pulling in all the specs of the Asus Zenfone Max Pro M1. This smartphone runs a Qualcomm Snapdragon 636 Octa-core CPU up to 1.8 Ghz, 32 GB on board memory and 3 GB RAM, which we found to be a bit low at first but then once we ran some tests and games it wasn’t so bad. The rear sports twin 13 MP + 5 MP cameras with the front one making space for an 8 MP sensor. Battery is a whopping 5,000 mAh and  Asus Zenfone Max Pro M1 runs Android 8.1 straight out of the box. 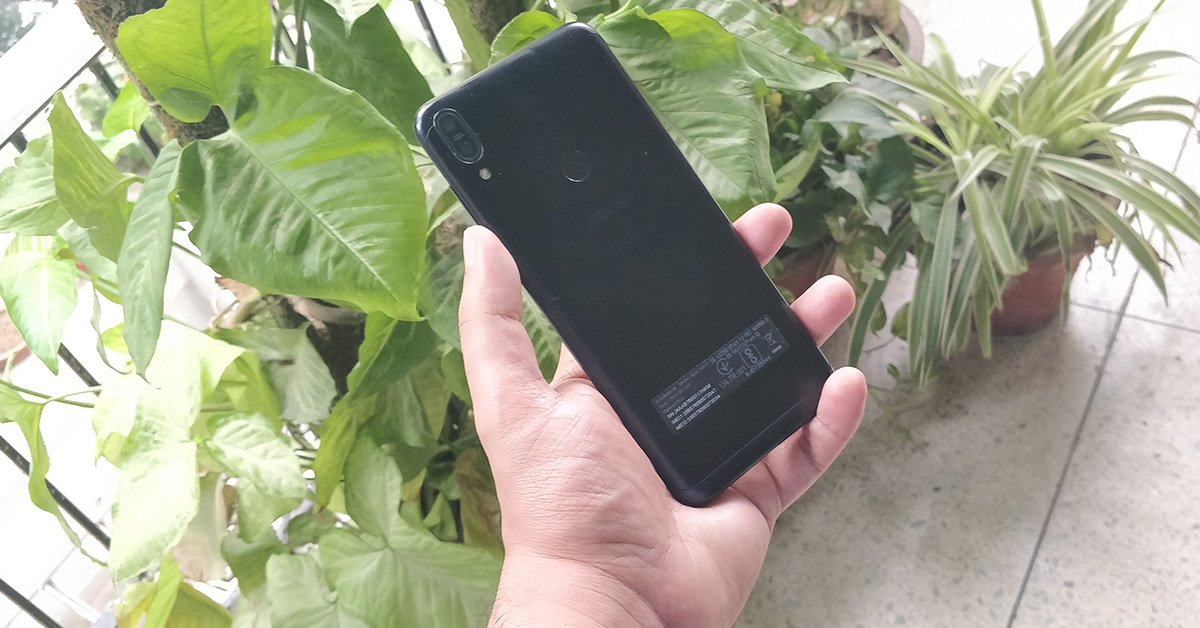 So, let’s talk about its screen and display quality first. The Asus Zenfone Max Pro M1 has one of the best displays in the budget category. We absolutely loved it. The colours pop out and did wonderful things with the videos and games we played. This coupled with a not so powerful mono speaker was a bit of a let-down, however with the 3.5 mm port we connected one of our headphones and the experience came up again. Also, if you just want to listen to music then Asus does give its users a passive sound amplifier in the package. This boosts the sound passively and does a good job while at it.

With Android 8.1 running out of the box Asus gives you a neat stock Android experience. Yes, there is ZenUI still running, but the experience is very close to the stock one. There is minimal bloatware which you would not generally mind like the Instagram and FB apps. However, these do take a bit of a space and after everything users are left with just 22 odd GB of disc space. On AnTuTu the Asus Zenfone Max Pro M1 scored 1,14,284 points and on Geekbench 4 compute tests it got 4,467 marks. Both, putting it in the middle of smartphone pack.

Jumping over to the cameras, we were expecting a lot of good things from them. Some of them are, but not all of them. The rear cameras deliver good photos in day light and outdoors. However, they become sluggish indoors or in low light. Then there is the case of the camera app, which is not Google at all. It is Asus’s own and it not so good. The lag time is high and the whole interface is very yesterday. Yes, the Bokeh effect is there, but do not get your hopes up with it. It delivers mediocre photos. The selfie camera too, was mediocre and has same issues like its rear brothers. Videos did give us a bit of a respite and with 4K enabled we found the colours to be close to life.

So what made us jump with joy? The super-duper battery life. Asus Zenfone Max Pro M1 lasts for over 2 days after a full charge. And this is after we have played couple of hours of games, watched few YouTube videos and spoken to our whole dialling list. Well that is a bit of an exaggeration, we didn’t call everyone. But, you do get the gist of it. It is refreshing to come across a smartphone that does not require you to reach for the charger every now and then.

At a price of Rs 10,999 you do get good things in the phone like the brilliant display, slick interface and display, good aesthetics and an excellent battery life. Yes, if the cameras and its app were better it would be a killer deal. If you are not much a clicker or are ok with mid-range shots, but want a long lasting phone then this is it. Since Asus did announce that they will update the OS till Android 10. So it should last you a good 2 years (minimum).