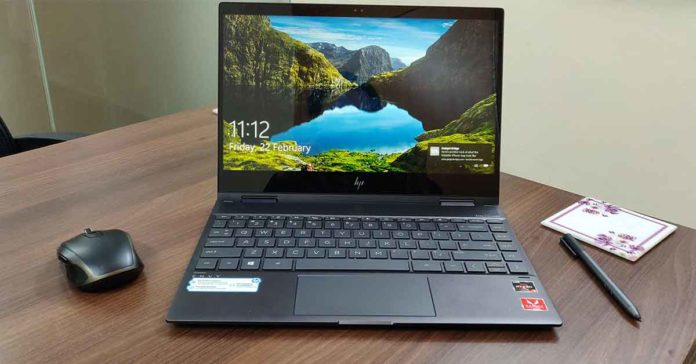 To look at it, laptops have not evolved much over the last decade or so when it comes to design. Yes, we do see improvements but nothing is ground-breaking when it comes to the exteriors. Companies try to do their bit by tweaking or making the exteriors more desirable. Two in ones or convertibles are also popular, but that is about it.

However, on the other side, the insides get a boost every year and that makes all the difference. HP has been an uncompromising partner of Intel since years, however now they have picked up AMD for the latest Envy x360 convertible laptops. Which made us wonder, will the HP Envy x360 laptop deliver the same kind of performance, which we have seen Intel chipsets do over so many years? Let’s find out in the rest of the review.

HP has never been a bystander when it comes to the form factor of its laptops. They make sure, they give something extra to the user, even if it is a budget laptop. And with the HP Envy x360, the bar has been set quite high. Yes, it does remind us of the Spectre series in some ways, but there are quite a few differences between the two. 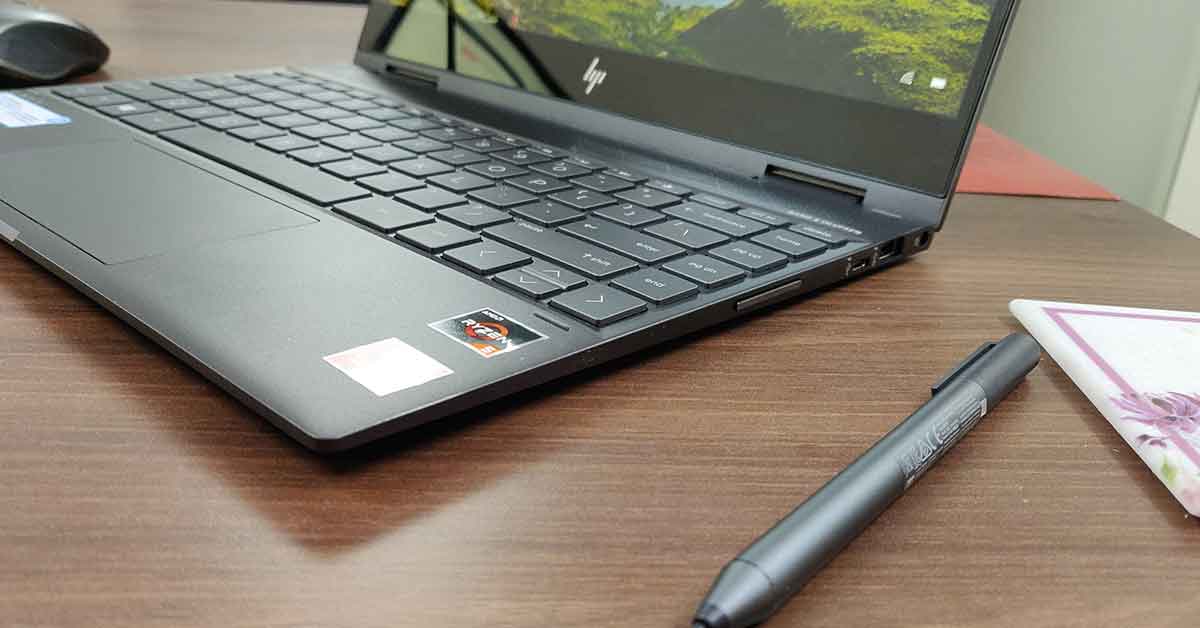 Let’s talk about its exteriors first. The HP Envy x360 has a metal body and the 13.3-inch touchscreen has the capability to flip all the way over since it is a convertible laptop. So, users can use it like a normal laptop or a tablet. Which means you will be touching the screen a lot, this means a lot of fingerprints? Well no, HP does bundle a neat stylus in the box which will not leave any smudges on the device.

The keyboard is backlit and is quite comfortable to work with. We did spend a few days working on text documents on it and not once felt fatigued. The sound is powered by Bang and Olufsen. The array of speakers can be found right above the keyboard placed under a metal mesh. We somehow have always been in favour of top firing speakers, the sound does not get muffled if you are watching something and the laptop is kept on a soft surface. 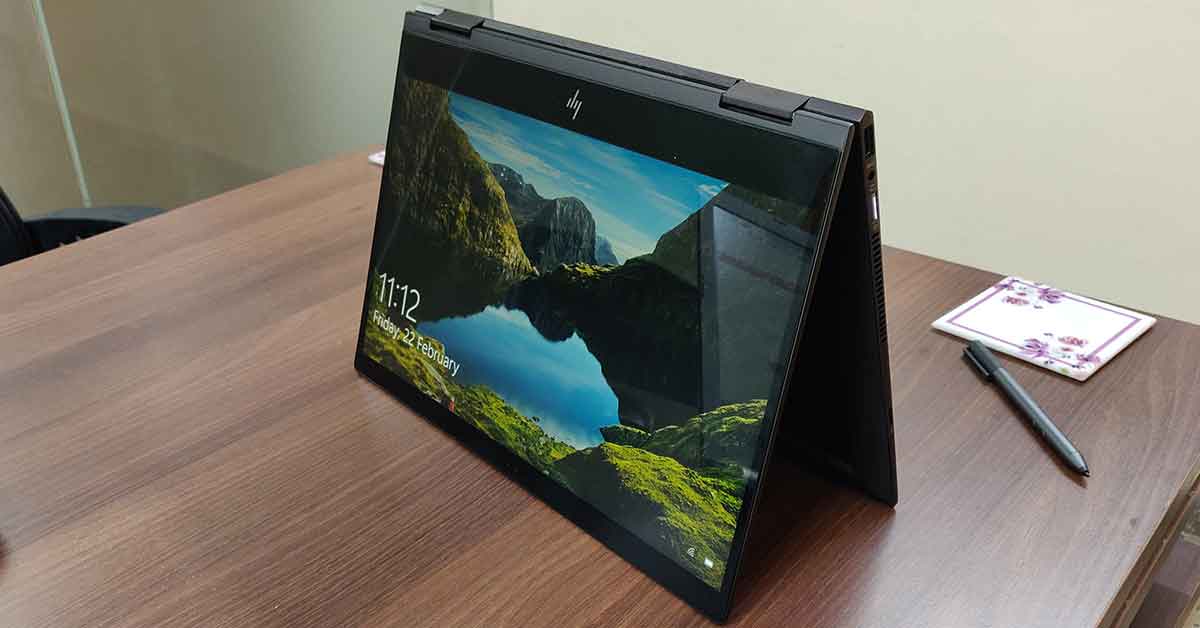 Overall, the design of the laptop is great and one can easily see the craft put in it. The HP logo on the metal lid adds to the show. Also, the laptop has a fairly large trackpad for a notebook this size. As for the ports, the HP Envy x360 has quite a few of them. The right side brings a USB 3.0, USB Type-C ports along with the volume button. While on the left HP has placed a 3.5mm audio port, USB 3.1 port, a microSD card reader and the power button.

Though there is no fingerprint reader to unlock the device, HP has added an HD webcam with an IR camera on the top lid. This enables users to face unlock the device. We tried it and the face unlock feature works really well on the HP Envy x360. Nine out of ten times we were able to open the notebook, using it, under a second.

Like we said earlier, the HP Envy x360 is powered by an AMD Ryzen 5 CPU, so we had our qualms about its performance. Before we give you the lowdown of its achievement and how it fared on the test bench, let us quickly run you through the technical specifications of the HP Envy x360. Powered by AMD Ryzen 5 2500U CPU with clock speed of up to 3.6GHz and 6MB cache, this notebook also has 8GB DDR4 RAM and 256GB SSD.

Let’s talk about the benchmarks next, we ran 3D Mark Firestrike test on the laptop first to check out its graphical performance and to our amazement, it is right up there with the big boys. It scored 2,481 marks on it. On PC Mark it scored 2,788 mark, which compared to the 8th gen Intel Core i5 CPU’s is almost neck to neck.

Now, on to the real-time tests. We ran games like PUBG and GTA V on it at high settings and we did face a bit of lag there. So we didn’t move on to the ultra-high settings. However, games like DOTA 2 and CS:GO worked really well. Though not built for gaming, we did like the gaming experience especially because it has a wonderful set of speakers and a really vivid touch display. 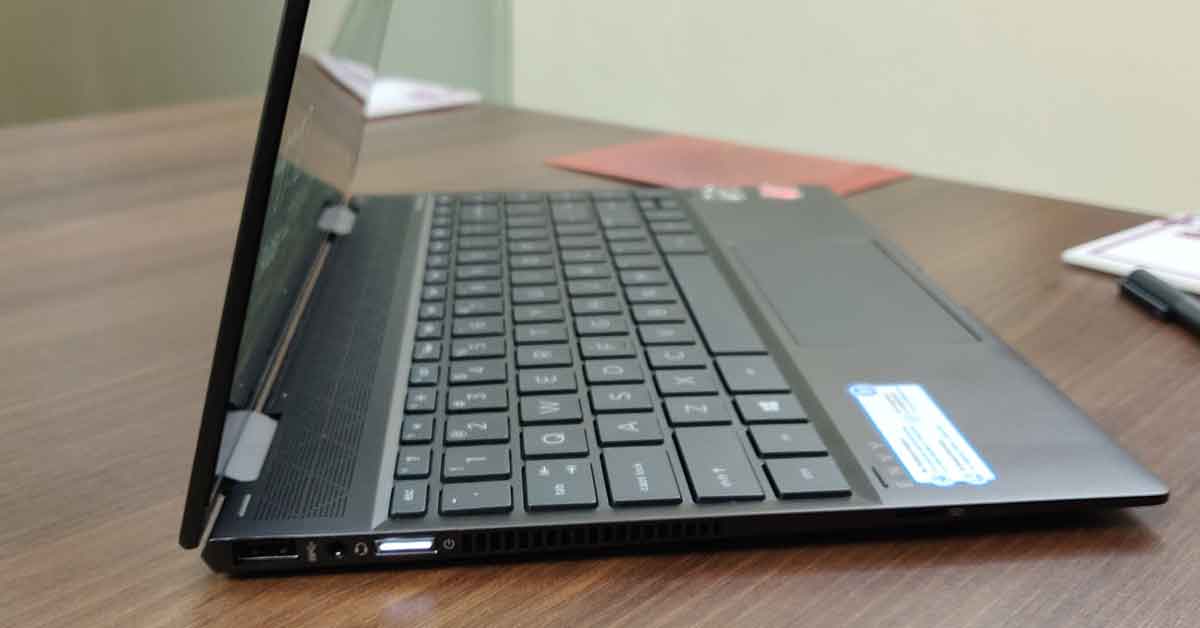 Talking about which, we loved the movie watching and YouTube experience on this device. The HP Envy x360 does perfect justice to moving pictures. 4K videos also look good on it and rarely will you see a frame skip. The typing and work experience on this notebook was also not bad. The large keyboard and the multi-touch trackpad respond well and one can work on it for a very long time.

As for the operating system, the HP Envy x360 comes with Windows 10 64 bit edition and it works without a flaw. Everything is slick and with the touch display, the experience is very refined, no matter how you are using this convertible (laptop or tablet mode). The stylus is a good addition and is not too bad to hold and use. Though many times we just tapped the screen. However, designers will love its inclusion in the pack.

Looking at the price of Rs 77,990, one does wonder first would an Intel laptop be better. But after using it for a little while we came to the conclusion absolutely not. The performance is right up there, yes you do miss a dedicated graphics card, although this laptop is not built for gaming but for excellent professional use. It looks great, is comfortable to work with, the screen folds all the way around and you can use it as a tablet. Yes, there is a quite a bit of bloatware found on the HP Envy x360, which was a pain to get rid of. At this price, one would not want to see that. A stock Windows is what one wants to play with at first.

Price for an AMD device

- Advertisment -
To look at it, laptops have not evolved much over the last decade or so when it comes to design. Yes, we do see improvements but nothing is ground-breaking when it comes to the exteriors. Companies try to do their bit by tweaking or...HP Envy x360 review: No Intel, No Worry