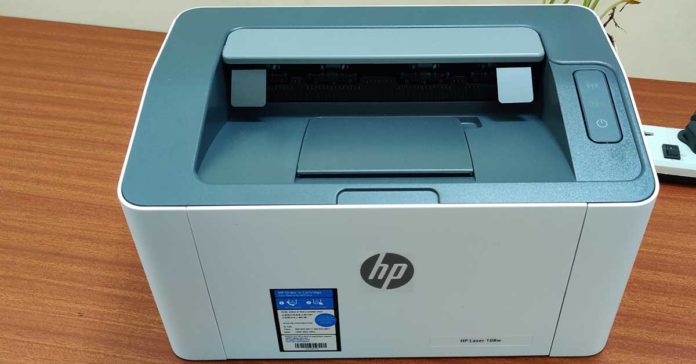 First up let’s talk about its form and design. Out-of-the-box the printer is nothing unusual to look at, in fact the HP Laser 108W wireless printer looks very similar to the Xerox 3020 series of the laser printers. The size and button placements are also identical. Since we use the Xerox 3020 the comparison was easy for us. The HP Laser 108W wireless laser printer weighs 4.1Kg which makes it easy to move around if the need be. But one would not need to do that since it is a wireless printer with 178x215x331 (DxHxW) dimensions.

Dressed in grey and white, the top part of the HP Laser 108W wireless printer has two keys for powering on and WiFi. The front panel drops down where up to A4 size of paper can be loaded. So yes, the paper goes in from the bottom and comes out from the top. Since HP Laser 108W wireless laser printer is a black and white printer a BW toner cartridge goes inside it by lifting the top part of the printer. The rear has a USB port as well as the power port for connectivity. 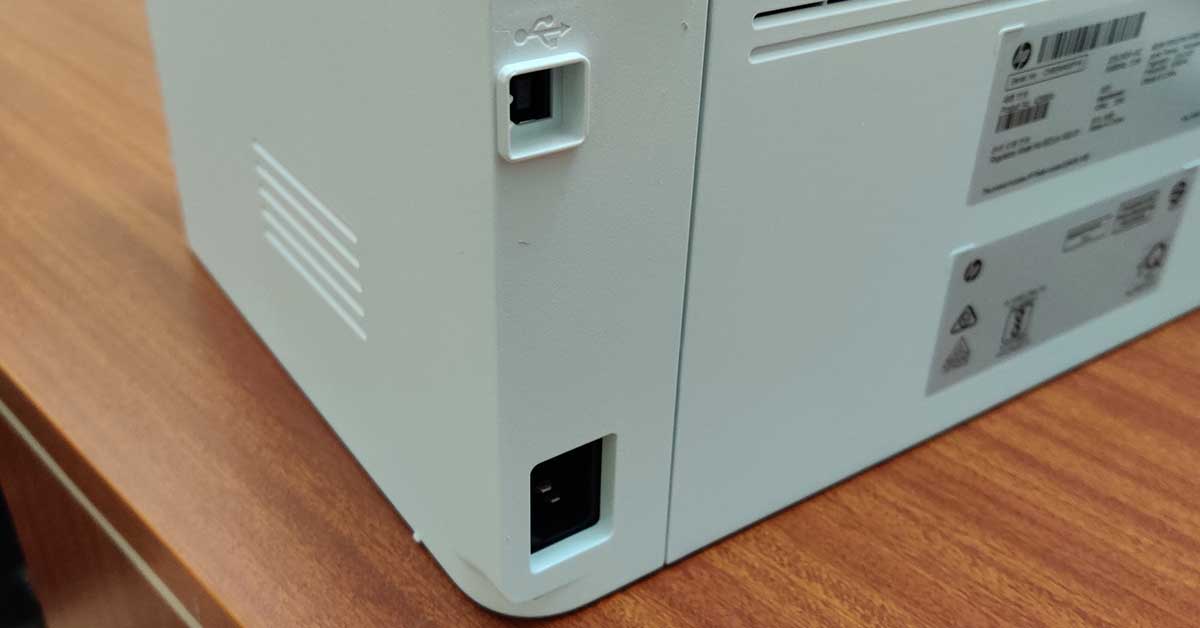 Setting up the HP Laser 108W wireless printer was not a big task. With the help of the supplied CD we were able to set it up in 15 minutes and the step by step process in the installation menu was a good help to connect with WiFi as well. But here is something that this printer has that the Xerox does not. Since many users have important documents on their mobiles and tablets. These can be printed with the help of the HP Smart App. This enhances productivity so much.

So like any other printer, we put the HP Laser 108W wireless printer up to the test and found out that this printer is great in spurting out quick prints. While HP said it can do a maximum of 21 prints per minute, we were able to squeeze out about 18.5, which is still not bad considering the size of this printer. The prints came out nice with deep blacks and the text was crisp. Initial few prints had a little bit of bleeding, however after few prints that issue was not to be found.

The tray can hold up to 150 A4 size sheets, which is good for any small office or home office use. We gave the HP Smart app a go as well and it works on WiFi direct as well resulting in 18PPM. Overall, we found the printer to be very useful. The prints come out fast and one need not be a rocket scientist to operate it. 2.4GHz and 5GHz WiFi is supported and with the in-the-box initial cartridge users can get up to 500 pages. However, if you buy a new one from HP, that can print up to 1,000 pages. Which we felt were a bit less considering RICOH SP111 can give up to 2,000 pages in the introductory cartridge. But that does not come with wireless capabilities and is much bigger than HP. At a price of Rs 10,499, the HP Laser 108W wireless printer is a great printer to own for your home or small office needs.