HomeReviewsMi 10i review: An economical all-rounder smartphone that does not attract smudges 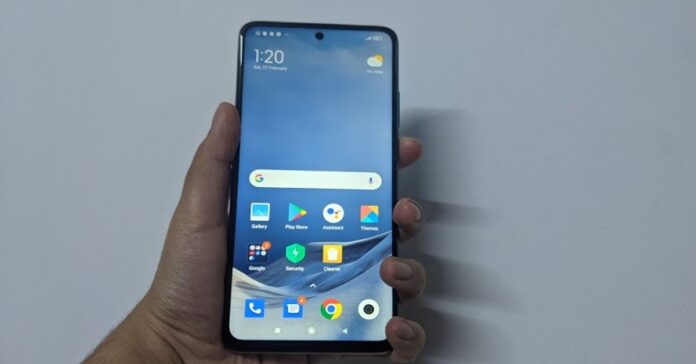 Anyone would be excited to use a smartphone that sports a 108MP camera. We are no exception to this. But what’s even more fascinating is that a smartphone with 108MP camera has been launched in the sub-Rs 25,000 segment. Yes, we are talking about Xiaomi’s Mi 10i smartphone. Read our review of the same to know its pros, cons and whether it is a good buy or not.

Mi 10i design and display

The Mi 10i does stand out from its family of other devices when it comes to design, but one thing that it does have in common with them is that it sports a large screen and is on the heavier side thanks to the large battery inside and use of CG (Corning Gorilla) glass on the outside. The smartphone is 6.67-inches in length and weighs 214.5 grams, which is hefty especially if you have to hold it for long. The device is available in three colour options – Midnight Black, Atlantic Blue, and Pacific Sunrise, which comes with a colour gradient that turns from Blue at the top to Orange at the bottom. We got the third one as our review unit. 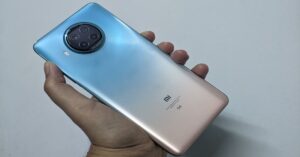 The back panel of the device had a matte finish, unlike the other two variants, and it comes with the Mi branding and the camera module that has four lenses. We have to say that the camera module of Mi 10i does protrude a bit as compared to the rest of the body of the device. The right edge of the smartphone has the volume rocker keys and the power button that has the fingerprint sensor embedded in it, and the left edge has the SIM tray. On the bottom edge, there is the 3.5mm headphone jack, the Type-C port, the microphone and the speaker grille. The top has the secondary microphone and a small LED light for notifications.

We should point out that because the device comes with a matte finish, its back panel does not get fingerprint smudges very easily and neither is it very slippery.

Flip over and you will see the display of the device that has a layer of Gorilla Glass 5 on top. It is outlined by thin bezels, but the chin is slightly broader. On the top of the display, there is a cut-out hole for the selfie camera of the device. Mi 10i also comes with an IP53 rating for water and dust resistance.

Coming to the display, as we mentioned earlier, Mi 10i smartphone comes with a 6.67-inch full-HD+ HDR10+ LCD screen that has a refresh rate of up to 120Hz. We weren’t too happy with the colour reproduction of the display of the handset, but there was no trouble as far as the clarity and the sharpness of images go. We watched videos and played games on the smartphone too and the display experience was a good one. The sunlight readability was average and it is worth noticing that the screen is TÜV Rheinland certified for blue light emission. 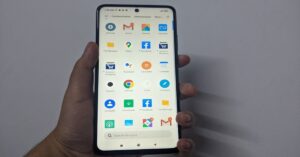 To sum it up, the design of the smartphone is definitely good in spite of its large form factor. However, some aspects of the display could have been better.

Mi 10i performance and camera

Let’s take a look at the rest of the specifications of the Mi 10i smartphone. The smartphone is powered by Qualcomm‘s Snapdragon 750G SoC and it is available in three storage options – 6GB RAM/64GB storage, 6GB RAM/128GB storage and 8GB RAM/128GB storage. The handset houses a 4,820mAh battery and it comes with a 33W fast charger in the box.

Mi 10i runs Android 10 skinned with the company’s MIUI 12.0.3 and the software of the device is highly customised. There is plenty of bloatware on the device and we often received notifications for promotional content, which is obviously something that hampered the user experience. Something that we really want Xiaomi to improve on. Not that they have not done it, but there is room to improve. 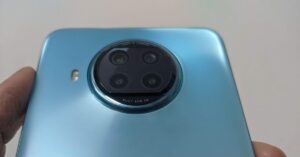 The good features of the smartphone include tweaks in the home screen, the user being given choice of an app drawer at the time of setup, various shortcuts and gestures, Game Turbo mode, a feature called ‘Second Space’, among others.

Moving on to the performance of the handset, we would say that Mi 10i’s performance is smooth for most of the tasks. We opened and switched between several apps and encountered no issues while multitasking as the smartphone handled it well. Gaming was a decent experience too. We played a few games on the device ranging from light ones like Alto’s Odyssey to ones with heavy graphics like Asphalt 9: Legends. The device mostly offered a seamless experience but then, there were times when it started warming up when we played the latter. 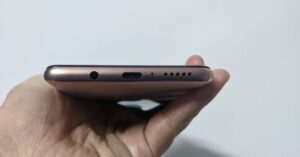 The fingerprint sensor and the facial recognition on Mi 10i were very good and they worked swiftly every single time we tried to unlock he device. The battery life of the smartphone was another good aspect and with moderate usage that involved watching videos, browsing social media, listening to music and a few phone calls, the device’s battery lasted for more than a day. This is very good, in our opinion.

The call quality of the smartphone is good too and we had no trouble making or receiving calls even in elevators. 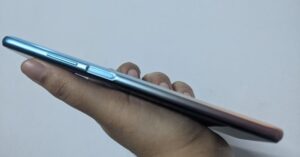 Finally, let’s talk about the cameras of Mi 10i. The smartphone comes with a 108MP primary camera, which is obviously the show stopper as far as the optics of the device are concerned. But besides this, there are three other lenses on the handset – an 8MP ultra-wide sensor, a 2MP macro lens, and a 2MP depth sensor. 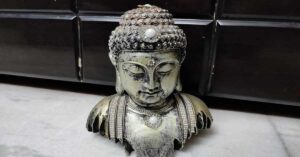 For a smartphone which has a promising primary camera with a 108MP Samsung HM2 sensor, the quality of the images was only average on some counts. In some shots, the object in focus seemed too sharp, and in some shots, there was too much exposure. These were among the problems that we encountered in images taken in daylight. Although these issues may arise in other smartphones as well, but one expects better from a device that has a 108MP primary lens. The images taken from this lens are automatically saved in 12MP resolution, but there is an option of saving them in 108MP resolution too. 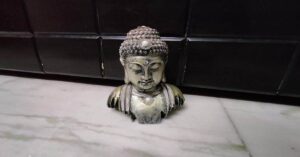 Speaking of pictures taken at night, it was hard to focus on objects that we wanted to click and the quality of the somewhat fell too. The night mode did help, but it didn’t make too much of a difference as far as the problem with focussing on objects goes. Maybe a future update will take care of this issue. 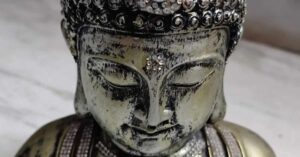 On the front panel, there is a 16MP camera for selfies and video calls. We clicked quite a few pictures with it and they turned out to be good. Skin smoothening is enabled by default and we preferred keeping it that way for better results. This is something the company has worked a lot with a results to do show in Xiaomi Mi 10i.

Mi 10i comes with its share of pros and cons. The pros include its elegant design, smooth performance, quick biometrics and lasting battery, while the lures include bloatware and sponsored content. While Xiaomi is marketing the 108MP camera of the device, we would not say that it is the best aspect of the phone along with smudge proof back panel. At a base price of Rs 20,999, Mi 10i is certainly a good buy which can last you for long.