Micromax In 2b review: The budget buy to go for

This is our review of the new Micromax smartphone. 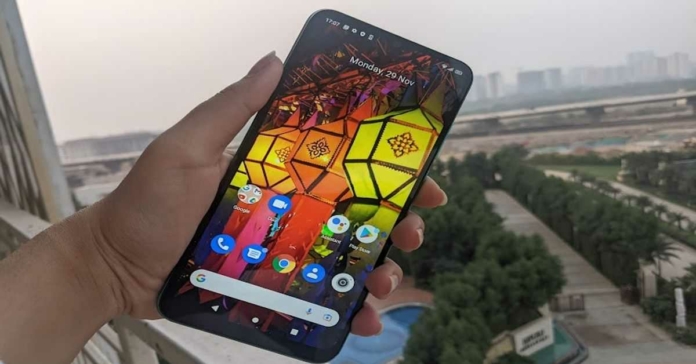 Are you planning to buy an entry-level smartphone? Micromax In 2b may be one of the options you would be considering. The smartphone has a good set of specifications on paper. But how well does it really perform? We spent a few days with the phone to figure it out and here’s our Micromax In 2b review detailing its pros and cons, read on.

Micromax In 2b review: Design and Display

The design of Micromax In 2b is basic yet has something good about it. The smartphone is available in Green, Black and Blue colour options and the one that we got for review was dressed in Green. The phone is made of plastic and has a sturdy built. The textured body of the handset enabled us to grip it better and also keeps smudges at their minimal low. The back panel of Micromax In 2b has a camera module with two lenses and a LED flash, a fingerprint sensor and an ‘In’ logo. The speaker grill of the device is also placed on the back panel, which basically meant that if you are listening to music with the phone kept back down, the experience wouldn’t be the best one. It had to be kept upside down to get the best out of the speaker. 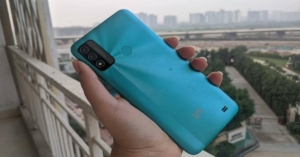 The right edge of the smartphone has the Power and Volume Rocker keys sandwiched on it, while the left edge has the SIM tray. The Type-C port, the microphone and the 3.5mm headphone jack are placed on the bottom edge.

Flip over, and you will see that the front panel of the device is dominated by its Rainbow Glass screen that is outlined with rather thick bezels on all three sides, and an even thicker chin at the bottom. There is a waterdrop shaped notch on the top of the screen that houses the selfie camera. It should be noted that the screen of the smartphone does not attract too many smudges.

Coming to the 6.52-inch LCD display of the smartphone, it comes with an HD+ resolution and it impressed us. The screen depicts very vibrant colours and has good brightness levels. The sunlight readability of the display was decent, and the viewing angles were good too. The images appeared sharp and clear and we noticed no pixelation during our time with the device. 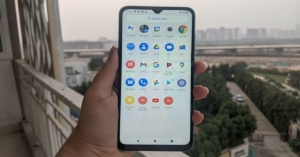 To sum it up, while the design is basic, it is still good for an entry-level phone. So no complaints there. The display, on the other hand, was impressive, especially for a smartphone in this price range.

Micromax In 2b review: Performance and Cameras

Before discussing the performance of the smartphone, let’s talk about its specifications. Micromax In 2b is powered by a 1.8GHz octa-core Unisoc processor with two ARM Cortex-A75 cores, while the rest are Cortex-A55 cores. The device comes with 64GB of onboard storage clubbed with 6GB of RAM and it has support for Wi-Fi, Bluetooth 5, FM radio and USB-OTG. Micromax In 2b houses a 5,000mAh battery and it has support for 10W charging.

The device runs Android 11, which has been tweaked a little for a few apps. A big upside of the phone is that there are no third-party apps installed on it and there was no promotional content or notifications either. It was a breath of fresh air to use a phone like that after so long, particularly when most phones come crowded with bloatware. 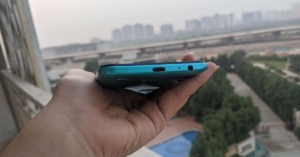 Coming to the performance, it was easy for Micromax In 2b to handle most day-to-day tasks. We opened multiple tabs of Chrome, switched between multiple apps and faced no lag while doing so. We tried to multitask with it too, and we could easily do that without any hiccups during our time with the device.

We were pleasantly surprised by the gaming performance of the smartphone too. Not only did the handset handle games like Temple Run 2, it also managed to give a good performance with graphic-hungry games like Asphalt 9: Legends. It did not heat up even once while we were playing games, nor did we notice any drops in frames.

The 5,000mAh battery was also among the pros of the smartphone. It usually lasted us a day and a half or even more, depending on how much we used it. But it usually included gaming, watching YouTube videos, phone calls, and clicking pictures, so we think it’s pretty good. 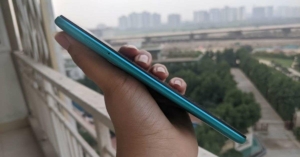 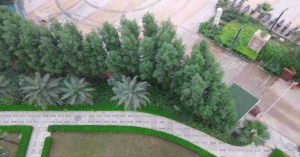 The pictures that we clicked in daylight turned out to be decent in terms of the details, and the colours weren’t accurate. In some shots, there was some visible noise. Some shots were better than the rest, but the performance remained inconsistent. 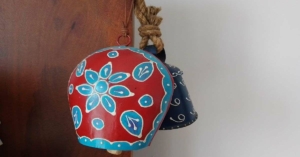 Priced at Rs 8,499, Micromax In 2b gets a lot of things right. The display is vibrant, The performance is smooth, the software is clean, and the battery lasts long too. The cameras could be much better though. Another thing that we should mention is that the phone took a long time to charge via the charger included in the box. So if these are things you can live with, then Micromax In 2b is a good buy for you.

For the latest gadget and tech news, and gadget reviews, follow us on Twitter, Facebook and Instagram. For the newest tech & gadget videos subscribe to our YouTube Channel. You can also stay up to date using the Gadget Bridge Android App. You can find the latest car and bike news here.

- Advertisment -
Micromax In 2b review: The budget buy to go forAre you planning to buy an entry-level smartphone? Micromax In 2b may be one of the options you would be considering. The smartphone has a good set of specifications on paper. But how well does it really perform? We spent a few days with...