Here's everything you need to know about Motorola's latest entry-level buy... 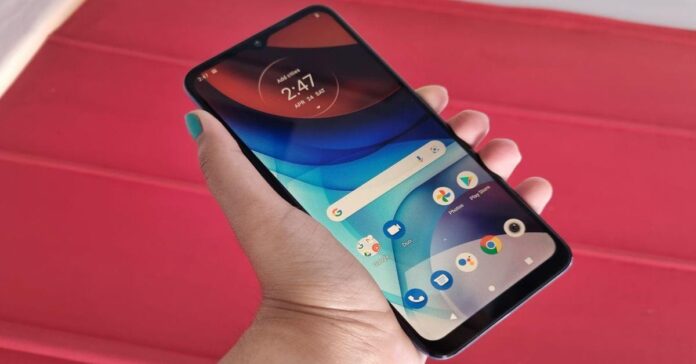 The entry-level segment of the smartphone market is very competitive. One among the latest entrants in this segment is the Moto E7 Power, priced at Rs 7,499. What are its pros and cons and should you buy the smartphone? Find out in our Moto E7 Power review:

Let’s begin by talking about the look and feel of the Moto E7 Power smartphone. The device comes with a plastic body and has a sturdy built. The handset is available in Tahiti Blue and Coral Red colour options and we got the former one for review. Moto E7 Power houses the camera module, fingerprint sensor and the speaker on its back panel. The camera module has dual rear lenses and the LED flash, and the fingerprint scanner is embedded below the Moto icon.

The right edge of the device has the volume rocker keys, the Power and the Google Assistant button sandwiched on it while the left edge has the SIM tray. The 3.5mm headphone jack is placed on the top, while the Type-C charging port and the microphone are at the bottom. The plastic body is not something everyone would like, but at this price point, one can’t really complain. The one-hand usage on the handset can be difficult at times. 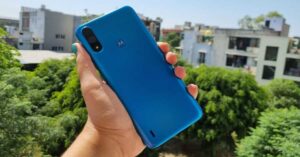 Flip over, and you will see the 6.5-inch display of the device that is outlined by not-very-thin bezels and an even broader chin. The selfie camera is placed in a waterdrop-shaped notch on the top of the screen, right below the earpiece.

Coming to the 6.5-inch HD+ IPS panel of the smartphone, it is protected with a layer of Panda Glass. The images projected on the screen were sharp and clear, and the colours were accurate and vibrant. They even remained consistent at different viewing angles. The display was adequately bright, and one has the option of scheduling Night Light on it. The only real problem with the display was the sunlight readability. We think that could have been better on Moto E7 Power. 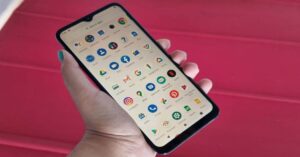 To conclude, we would say that even though there is nothing out of the ordinary about the design of the Moto E7 Power, there are no major cons too.  The display was decent as well, and mostly did a good job.

Before we begin talking about the performance of Moto E7 Power, let’s quickly discuss the rest of the specifications of the smartphone. The device is powered by the MediaTek Helio G25 octa-core processor clubbed with up to 4GB of RAM and 64GB of onboard storage. The base variant of the handset has 2GB RAM and 32GB internal storage. Besides this, the smartphone can also hold a microSD card of up to 1TB. For imaging duties, there are 13MP and 2MP dual sensors on the back, and a 5MP selfie camera on the front panel. The smartphone packs a 5,000mAh battery and it ships Android 10 out-of-the-box. 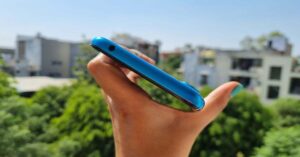 One among the best aspects of the Moto E7 Power smartphone is its software. The handset has stock Android, and almost comes without any bloatware. The only extra pre-installed app was Facebook, and even that could be uninstalled. We were surprised that the company hadn’t even added the Moto Support app to the device. While some may appreciate the stock version of Android, others may miss the gestures and actions that other phones with customizations support.

However, we should add here that it isn’t like Moto E7 Power doesn’t support any of these. One can find a few of them in the Settings of the device. These include ‘Jump to camera’, ‘Lift to check phone’, ‘Three finger screenshot’, etc. The only downside of the software is that Android 10 is slightly dated now, so we hope the device gets the Android 11 update soon.

The smartphone managed the basic everyday tasks, but it did stutter a bit at times, particularly when we tried multitasking. However, one should keep in mind that it is a budget smartphone and it’s not fair to expect its performance to be flawless. We tried playing a few games on the device as well. While we could play the light ones like Temple Run 2 and Alto’s Odyssey smoothly, the smartphone wasn’t at its best with graphic-hungry ones like Asphalt 9: Legends. 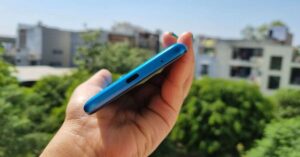 The 5,000mAh battery of the device is also among its best aspects. Even with heavy usage involving social media, gaming, watching videos on YouTube and Netflix, and a few long phone calls, the battery lasted more than a day. We found this to be quite impressive.

Now, let’s talk about the cameras of the smartphone. The 13MP primary camera of the device does a decent job in well-lit areas, particularly outdoors. The images were sharp and clear, however, the colour reproduction could have been better. We noticed that they were duller than they were in real. But that, of course, can be fixed with a little bit of editing. The real problem was the camera’s performance in dimly-lit areas. 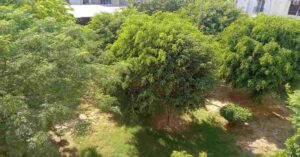 The device struggled to focus and there was noise visible in the images taken. The 2MP lens was also just average. We clicked some Bokeh and Macro shots, but the quality of the images dropped as compared to the primary camera. The 5MP selfie camera also did a decent job, but we would be editing our selfies taken from Moto E7 Power before we upload them on social media. We weren’t too happy with the camera of the device, but then, it is an entry-level smartphone, so we can’t expect too much.

Moto E7 Power comes at a starting price of Rs 7,499, and at this cost, it is a decent buy. It does have its pros and cons, though. The lack of bloatware and the lasting battery life are clearly the biggest pros of the smartphone. The design was good and the display was average, but the performance and cameras could be better. As far as your usage isn’t heavy and the camera isn’t too important to you, you would not be disappointed with this budget buy.

- Advertisment -
The entry-level segment of the smartphone market is very competitive. One among the latest entrants in this segment is the Moto E7 Power, priced at Rs 7,499. What are its pros and cons and should you buy the smartphone? Find out in our Moto...Moto E7 Power review: The big-battery budget device