Should Moto G8 Plus be your next budget buy? 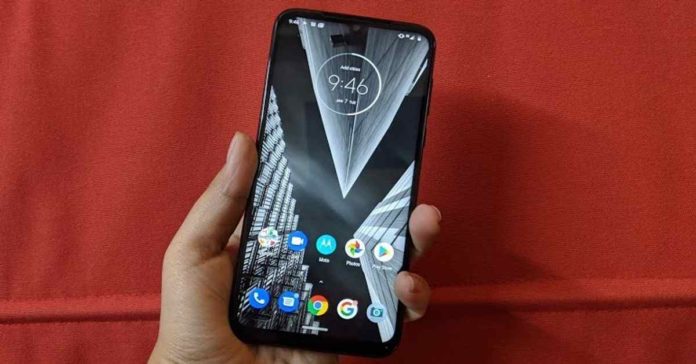 Motorola recently launched its Moto G8 Plus smartphone in India in the most overcrowded segment of the market, the sub-Rs 15,000 category. The smartphone comes with a 4,000mAh battery, houses Snapdragon 665 SoC, and packs a 48MP primary sensor. On paper, it has all the specifications of a good smartphone. So, we spent a few days with it to know how good it really is. Here’s our review of the Moto G8 Plus smartphone:

Moto G8 Plus design and display

Subtle, yet impressive. That’s the first thing that comes to our mind when we think of the Moto G8 Plus. In the recent past, we have seen a number of smartphones that have a gradient back panel. But then, at the same time, we have also seen a number of devices that completely ditch the ongoing trend and instead sport an elegant monotone design. But Moto G8 Plus is different. If you hold it at a certain angle, the handset looks all black, but tilt it a bit and you will see a Blue highlight starting somewhere in the middle of the back panel going all the way down to its bottom. The effect is simply beautiful. We should mention that we got the Cosmic Blue coloured variant of Moto G8 Plus. Apart from this, the handset can also be bought in Crystal Pink colour option. Although the smartphone is made up of polycarbonate, the body of the device does come across like glass. 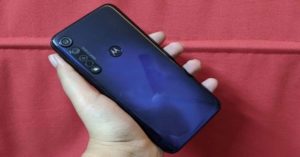 The back panel of the device also houses the rear camera modules and the fingerprint sensor that has the Motorola logo embedded in it is placed in the centre. The right edge of the handset houses the textured power button and the volume rocker keys while the left edge has the SIM tray. The top has the secondary microphone and the 3.5mm headphone jack placed on it and the bottom of the device houses a speaker grille, Type-C port and a microphone. The front panel is majorly taken up by the display of the smartphone that has a waterdrop-shaped notch on its top.

Coming to the 6.3-inch LTPS IPS full-HD+ screen of Moto G8 Plus, it has an aspect ratio of 19:9 and Motorola is calling it as ‘Max Vision’ display. Our experience with it was great during our time with the device. The colours projected by the display are very vibrant and true-to-life and the images were sharp and clear at all times. Even at different viewing angles, the colours on the screen of the Motorola’s new offering don’t change. The sunlight readability of the handset was decent too. 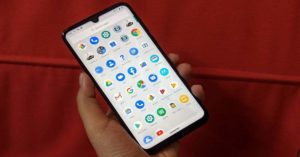 We played a lot of games on the handset and watched some high-resolution videos on it, and all of it appeared very crisp on the screen of Moto G8 Plus. We would certainly consider the display to be one among the positives of the smartphone.

Moto G8 Plus performance and cameras

Let’s begin with the smartphone’s tech specs. The Moto G8 Plus runs Qualcomm’s Snapdragon 665 chipset and it comes with 4GB of RAM and 64GB of onboard storage. For imaging duties, the handset sports a triple rear camera setup with a 48MP primary sensor, a 16MP wide-angle lens and a 5MP depth sensor. There is also a 25MP selfie camera onboard. The smartphone has a 4,000mAh battery and it runs an almost stock version of Android 9.0 Pie.

Speaking about the software, we really liked it because the smartphone comes without any bloatware. You can choose from some options like Moto Actions and Moto Display from the Moto app if you wish to enable them. The handset also comes with Digital Wellbeing. 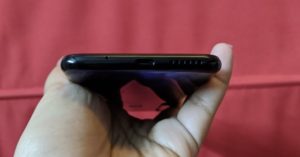 Coming to the performance of Moto G8 Plus, it managed most everyday tasks quite well. Multitasking on the device is an absolute cakewalk and when we used and switched between several apps, the phone could do so without any lag. Even when we used navigation on the smartphone for two hours straight, it didn’t even begin to warm up and we think that this is worthy of praise.

We also played a number of games on the handset ranging from Alto’s Odessey to Asphalt 9: Legends. Moto G8 Plus handled most of them very well. It was only while playing Asphalt 9 that we observed a slight stutter in performance. But then, Asphalt 9 is a very graphic-hungry game. If you only stick to playing lighter ones, there should be no issue for you.

The battery of the smartphone is one among its key features. With usage that involved long phone calls, watching high-resolution videos, playing games, and clicking pictures, the battery of the device lasted us a day and a half. If your usage is not very heavy, it may even last for two days. This is quite impressive, we feel.

We faced no issues while making phone calls using the device. At all times, regardless of the place we made calls from, we could hear and be heard clearly.

Now, let’s talk about the cameras of Moto G8 Plus. The handset comes with three cameras on its rear panel, as we had mentioned earlier. The camera app of the smartphone offers a variety of modes like Portrait and Panorama. It also has a dedicated Night Vision mode and some less common ones like Cutout. 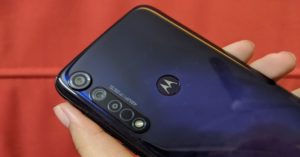 During the day, the 48MP primary camera did a good job at capturing images. It aced at clicking objects that were far away as well as those that were in close range. However, we did notice that it did take some time to focus when the objects were very close to it. The colours were accurate, the brightness was apt and the images taken were also sharp. Even in dimly lit areas, the quality of images didn’t go down, and switching on the Night mode made an incredible difference to the colours. However, it is worth mentioning that there is no option of saving images in 48MP resolution, instead the devices saves all images in 12MP resolution by default. 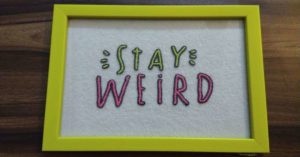 The depth sensor on the smartphone also did a good job and could differentiate between the object in focus and its background. Users also get an option of adjusting the blur level after the image has been captured. Coming to the wide-angle camera, we should mention that it can only be used for capturing videos and not images. 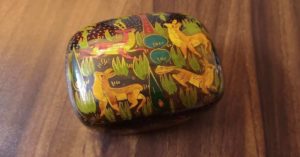 The selfie camera of the smartphone clicked decent images in well-lit conditions, but at night, the quality of images was not the same and we did notice some noise on the pictures.

At Rs 13,999, Moto G8 Plus is definitely a good buy. It has a number of things working for it including its beautiful design, vibrant display, smooth performance and lasting battery. The gaming experience and selfie camera could be better, but then, these aspects were also average. We wouldn’t really call them as negatives as it was only graphic hungry games that the phone couldn’t handle as well as others and the selfie camera also managed fairly in well-lit areas. It was only in dimly lit areas that its performance couldn’t match up. If you are looking for a smartphone under Rs 15,000 that has a big battery and a beautiful design, Moto G8 Plus wouldn’t disappoint at all.

- Advertisment -
Motorola recently launched its Moto G8 Plus smartphone in India in the most overcrowded segment of the market, the sub-Rs 15,000 category. The smartphone comes with a 4,000mAh battery, houses Snapdragon 665 SoC, and packs a 48MP primary sensor. On paper, it has all...Moto G8 Plus review: The big battery budget smartphone