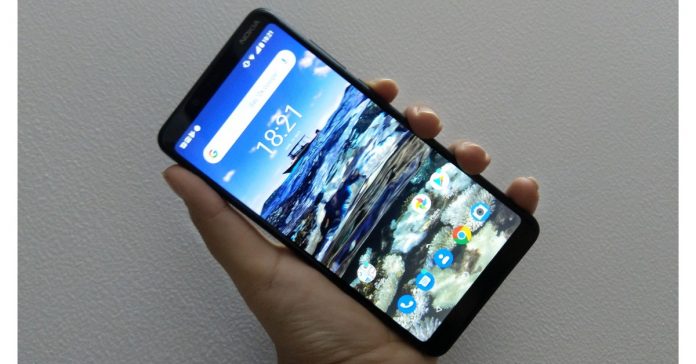 HMD Global’s Nokia offerings this year have made us quite happy. We have used a number of their devices that have been launched this year and we were pleased with their performance. The company seems to have given special focus to the cameras and battery life of the smartphones it has launched so far this year. And Nokia 3.1 Plus seems to be carrying the legacy forward.

Nokia 3.1 Plus, launched this month in India, the smartphone is successor to Nokia 3.1 that was showcased first in July. Nokia 3.1 Plus sports bigger display and battery than Nokia 3.1, and it comes with a better processor and has a fingerprint sensor on the back, too. The new offering by Nokia bears a price tag of Rs 11,499.

We spent a few days with the smartphone to know how worthy it really is. Is it as good as it sounds on paper? Or does it fail to impress with its performance? Read the rest of our review to find out:

Nokia 3.1 Plus Design and Display

The first thing that we want to say about Nokia 3.1 Plus is that we simply loved how solid it feels to hold the smartphone in your hand. The body of the smartphone is mostly made of aluminium with only plastic top and bottom edges. All the edges of the smartphone are rounded, which makes it comfortable to hold with one hand. But, what’s most refreshing about the design of Nokia 3.1 Plus is the matte finish that it has on its body panel. Over that, it has a soft-texture on top of it, which not only makes it more attractive, but also makes it less prone to fingerprint smudges. 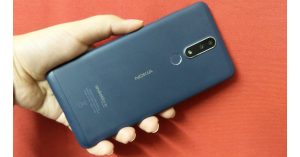 The smartphone is available in Blue, White and Baltic colour options and the one we got for review was dressed in Baltic. The back panel of the smartphone is where the dual rear cameras, LED flash and the fingerprint sensor lie. The dual rear camera setup and the fingerprint scanner have thin sliver trims around them and the Nokia and Android One branding lie below them. While the top and the bottom edges house the headphone jack, microUSB port and speaker grilles, the volume rocker and power buttons are present on the right edge and the SIM card microSD card slots are sandwiched on the left.

When you flip over the device, you’ll see its 6-inch screen that comes without a notch and rather thick bezels on the top as well as on the bottom. The earpiece, the selfie camera and the Nokia branding lie on the top. The screen’s corners are also rounded and according to the company it sports toughened glass. However, HMD Global did not name any brand.

To conclude, we will say that we really liked the look and feel of Nokia 3.1 Plus mobile and found its design to be nice. The matte finish that it has on its back panel truly sets it apart and makes it look very different from other smartphones in the same range. To put in a single word, we would say that Nokia 3.1 Plus’ design is truly refreshing. 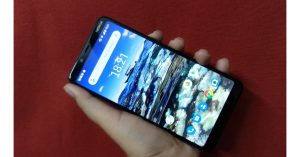 Nokia 3.1 Plus features a 6-inch HD+ IPS display that comes with an aspect ratio of 18:9. Although we liked the fact that Nokia 3.1 Plus does not sport a notch on its large display, we would have preferred if it had thinner bezels. Especially on the top and the bottom of the screen. On the upside, it showcases vibrant and accurate colours that remain consistent at different viewing angles. The images that get projected are sharp and clear and watching video content on it was certainly a good experience. The display of the smartphone comes with adaptive brightness, so basically the brightness level of the screen gets optimized according to how well-lit the area is. The only aspect of the display that isn’t up to the mark is its sunlight readability. We sometimes had to strain our eyes really hard to see what’s there on the screen, when using outdoors. Besides that, we have no other complaints from Nokia 3.1 Plus’s display.

Nokia 3.1 Plus Performance and Camera

Nokia 3.1 Plus is powered by MediaTek HelioP22 processor clubbed with 3GB RAM and comes with 32GB onboard storage. The smartphone can also hold a microSD card of up to 400GB. It runs Android Oreo out of the box and is part of Google’s Android One program. So what is the Google Android One program? The Android One program promises timely Android updates for two years since the day of launch and security patches for three years. 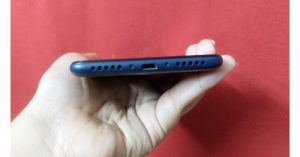 On the camera front, Nokia 3.1 Plus mobile comes with a dual rear camera setup with 13MP and 5MP sensors. For selfies and video calls, there is an 8MP front facing snapper with LED flash. Nokia 3.1 Plus houses a 3500mAh non removable battery and the sensors on the smartphone include Ambient light sensor, proximity sensor, accelerometer, Ecompass, gyroscope and a fingerprint sensor, which is placed on its back panel.

Something we really appreciate about Nokia 3.1 Plus smartphone is the fact that it harldy comes any bloatware. The only apps apart from the standard ones that are present in Android smartphones were Files Go and an FM radio app.

If you like the stock Android experience, the smartphone is definitely something you should try as the UI was very responsive and quick. In spite of the fact that Nokia 3.1 Plus uses a low-end processor, we faced no lag while using this mobile. We used multiple apps at the same time and launching them or switching between them was not an issue. Having said that, some heavy games did take longer time than usual to start.

We also opened multiple tabs of Chrome and put the smartphone to multitasking. For instance, we regularly listened to songs or watched videos on the smartphone while we were using Google Maps for navigation. For everyday usage, you would not find any problems with the smartphone. If you are someone who likes to tweak or customise on your smartphone, you may want to look at some other options by the company or use third party alternatives.

We ran a few benchmark tests on Nokia 3.1 Plus. While it scored 77,985 in Antutu Benchmark test, we couldn’t run Geekbench on our unit in spite of trying a number of times. Strange!

As far as gaming goes, playing games like Temple Run 2 was a cakewalk. However, when we tried to play Asphalt 9: Legends, the experience was anything but smooth. It took ages to start the game and even when we did manage to begin, the game kept on pausing and took us longer than usual to restart a new game.

One of the best aspects of the smartphone is its battery life. The 3,500mAh battery lasted us more than a day with usage that involved gaming, streaming videos, listening to music and navigation through Google Maps. If you keep the usage slightly low, you can even use the device for up to two days. The smartphone also has a battery saver mode that automatically starts working once the battery levels in the smartphone are less than 15%.

We did not experience any trouble with the call quality of the smartphone and could easily make calls in areas like basements and elevators.

Coming to the cameras of the smartphone, they left us with mixed feelings. Nokia 3.1 Plus comes with a dual rear camera setup with 13MP and 5MP sensors and it has an 8MP selfie camera. 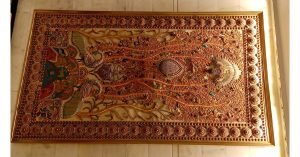 The rear cameras of the smartphone come with a Live Bokeh feature that lets the user adjust the depth in Bokeh mode even after the photo has been clicked. You can even record time-lapse and slow-motion videos using the Nokia 3.1 Plus. 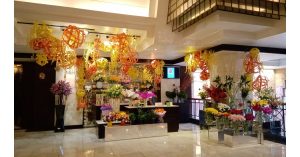 While the images taken in well-lit areas mostly turned out to be good, the same cannot be said about those taken in dimly lit areas. We liked the colour reproduction and details that we saw in the ones we clicked during the day. However, details did suffer a bit when we tried to click pictures in landscape mode. 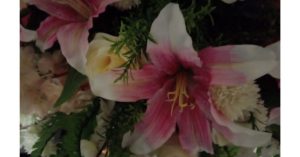 The Bokeh effect mostly worked well during the day. But on the other side in dimly-lit shots, images mostly turned out to be grainy and lacked clarity. The selfie camera could also have been better. The selfies were just not up to the mark. We have seen other smartphones in the same price range do a lot better than Nokia 3.1 Plus as far as the cameras go.

Nokia 3.1 Plus definitely has the looks. We are happy with the design and the display. And the battery life is certainly among the best aspects of the smartphone. However, the cameras were not up to the mark and the phone is definitely not for you if you are into heavy gaming. If long battery life is what you are looking for, Nokia 3.1 Plus is a very good buy for you. Another big plus is that the smartphone may be one among the first budget phones in the country to get an update to Android 9.0 Pie, since it is part of the Google’s Android One program.

- Advertisment -
HMD Global’s Nokia offerings this year have made us quite happy. We have used a number of their devices that have been launched this year and we were pleased with their performance. The company seems to have given special focus to the cameras and...Nokia 3.1 Plus review: Excellent design and superb battery life