Nokia 5.4 review: Left us with mixed bag of feelings

Should Nokia 5.4 be your next budget buy? 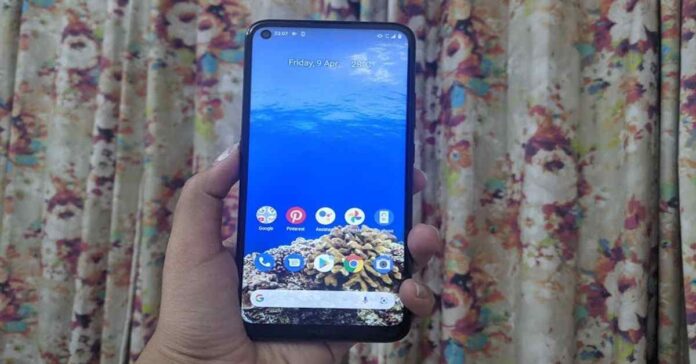 Nokia 5.4 smartphone, that was launched a few weeks back by HMD Global at a starting price of Rs 13,999, comes with a much talked about H-Log video feature. Other than that, the device also comes with a 4,000mAh battery, four rear cameras and a 6.39-inch display. Is the smartphone as good as it sounds? Find out in our Nokia 5.4 review:

The design of Nokia 5.4 smartphone is definitely among its pros. Even though the body of the handset is made of plastic, it didn’t seem like a downside to us because the built was sturdy. The back panel of the smartphone has the camera module in the centre with an LED flash on its left, and there is also a fingerprint scanner right below it. The back also has Nokia branding right in the centre. The device has a curved body that makes one-handed usage very simple. The Power and the Volume Rocker keys are placed on the right edge while the SIM tray and the Google Assistant button are on the left. The top has the 3.5mm headphone jack and the secondary microphone and the bottom edge has the Type-C port, the speaker grill, and the microphone. 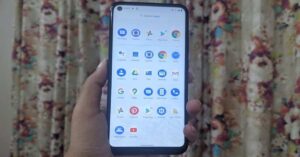 Flip over and you will see the 6.39-inch display of the smartphone. Although the display resolution is HD+ and there are other smartphones in the same range that offer a better resolution at the same price, the screen of the device offered a decent experience. Watching videos on the smartphone was a good experience as the images showcased were sharp and clear and the colours were accurate. The viewing angles were decent too but the sunlight readability could be better. The display also houses the selfie camera of the device and there is Nokia branding on the chin that outlines it. 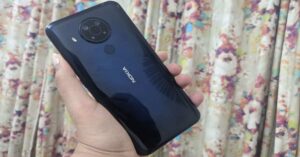 In a nutshell, we can say that the look and feel of Nokia 5.4 is definitely among its strong points. The back panel catches fingerprints and smudges rather easily, so we recommend you to carry a microfibre cloth with yourself. Besides this, the display could have had a better resolution and sunlight readability could have been better. But other than this, the design and display of the handset were good.

Before speaking about the performance, we’ll take a minute to discuss the rest of the specifications of Nokia 5.4. The smartphone runs Android 10 out of the box and is powered by an octa-core Qualcomm Snapdragon 662 processor. The handset comes with up to 6GB of RAM and 64GB of onboard storage and can hold microSD cards of up to 512GB. For imaging duties, there is a 48MP primary sensor, a 5MP ultra wide angle lens, a 2MP macro camera and a 2MP depth sensor. There is also a 16MP selfie camera and the smartphone packs a 4,000mAh battery.

Nokia 5.4 has stock Android, which basically means that there are no customizations. The device only comes with the usual suite of apps from Google and a support app from HMD Global. The company has said that Nokia 5.4 will receive Android updates and security patches for up to two and three years respectively.

Coming to the performance of the smartphone, it was only average. The device is powered by Qualcomm’s Snapdragon 662 processor, and offered an inconsistent performance. To be more specific, the handset was decent at some tasks and could be better at others. When we opened and switched between multiple apps on Nokia 5.4, the result wasn’t the swiftest that we have seen. Even using biometric locks wasn’t a very smooth experience. 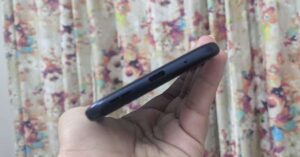 We tried playing a few games on the device too. While light games like Alto’s Odyssey ran smoothly, graphic-hungry ones like Asphalt 9: Legends caused the handset to heat up.

The 4,000mAh battery of the smartphone lasted a day and a half with moderate usage involving browsing social media apps, listening to music and watching videos. When our usage was heavier and involved long phone calls and gaming other than the tasks we mentioned earlier, the battery still lasted us an entire day and night, which we think is really good. Nokia 5.4 takes about two hours to be charged completely with the charger that comes in the box.

Now, let’s talk about the cameras of the smartphone. As we mentioned earlier, Nokia 5.4 comes with four sensors. However, that’s not the only notable feature of the handset’s cameras. HMD Global has touted the presence of the H-Log video feature on the phone. With the feature, you can shoot videos in a very uniform tone and hue, but you get an array of editing options in the Cinema Editor. Before you use the mode, make sure you enable the H-Log format in Settings. We quite like the videos that we took with this mode enabled as we got a number of colour profiles to choose from while editing. 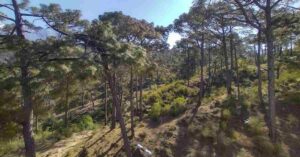 The primary camera of the smartphone did a decent job in well-lit conditions, particularly outdoors. But then, there were times when it struggled to get the colours right and it also took some time to focus. In lowly lit conditions, the quality of images fall and even using the Night Mode doesn’t help much with the noise. The quality of images deteriorates considerably while using the ultra-wide camera, even in well-lit conditions. The macro lens worked in a similar fashion. We managed to click some decent selfies with the 16MP front camera during the day, while the results at night were average.

The pros of the smartphone include its sturdy built and design, the battery life and the clean UI. The H-Log video feature worked well too, and the fact that the smartphone will get regular and timely Android updates and security patches is certainly a plus. However, we cannot ignore the laggy performance and the average cameras of the handset. If you want to buy Nokia 5.4 for the H-Log video feature or its battery life, then you can go for it.

- Advertisment -
Nokia 5.4 smartphone, that was launched a few weeks back by HMD Global at a starting price of Rs 13,999, comes with a much talked about H-Log video feature. Other than that, the device also comes with a 4,000mAh battery, four rear cameras and...Nokia 5.4 review: Left us with mixed bag of feelings