HomeReviewsNokia C20 Plus review: Upgrading from a feature phone? Check this smartphone...

Nokia C20 Plus review: Upgrading from a feature phone? Check this smartphone too

Is Nokia C20 Plus a worthy buy? 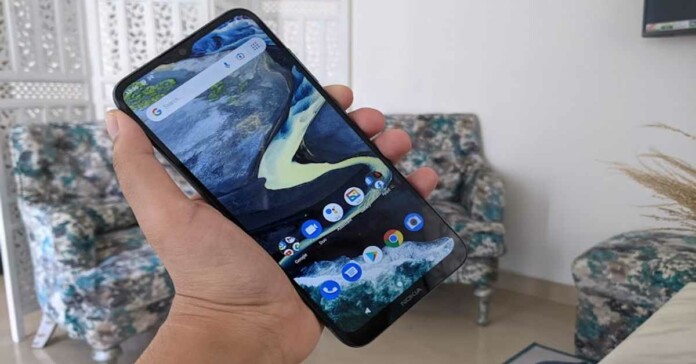 Nokia C20 Plus is the latest Android Go smartphone by HMD Global in India. Priced from Rs 8,999, the device goes against offerings from Xiaomi and Samsung, which are already doing very well in the market. Read our Nokia C20 Plus review to know about the smartphone’s pros and cons:

The look and aesthetics of the Nokia C20 Plus smartphone are very simple and basic. The back panel of the device is textured and it houses a circular camera module, an LED flash, Nokia brand, and also the speaker. We should mention that the position of the speaker wasn’t the best possible one, and each time we tuned in to Spotify, we had to keep the phone upside down to listen to the music. The right edge of the handset is where the Power and the Volume Rocker keys are and the left edge has the SIM tray on it.

The 3.5mm headphone jack is on the top and the MicroUSB port and the microphone is at the bottom. At this day and age, a MicroUSB port seems obsolete. On the upsides, the body of the Nokia C20 Plus seems very sturdy and the one-handed usage was easy while using the handset. With the matte finish, the device doesn’t really attract too many fingerprints, and that’s also a plus. 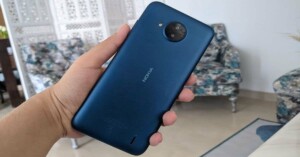 It is worth mentioning that the device does not have any fingerprint lock, so you get to choose between a face unlock or a PIN/Passcode. We took a preference for the latter, as the face unlock worked inconsistently.

The front panel of the smartphone is dominated by its 6.5-inch HD+ display that is outlined by not-so-thin bezels and an even thicker chin that has Nokia branding on it. There is a waterdrop-shaped notch on the center top of the screen that houses the selfie camera of the device, and the earpiece is placed right above it. The display of the Nokia C20 Plus only managed to do a decent job.

The colours projected seemed slightly dull and we noticed some distortion around the app icons. The text and images were also not as sharp as we have seen in most other smartphones of the same range. While the brightness levels were good, the sunlight readability and viewing angles could be better. 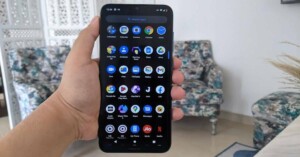 Overall, the design of the smartphone is decent and its built is sturdy. There are a few things like the microUSB port that we couldn’t see the point of, but still most things seem fine. The display experience could be much better though.

Before we begin talking about the performance of Nokia C20 Plus, let’s take a look at its specifications. The smartphone is powered by the 1.6GHz Unisoc SC9863a processor clubbed with 3GB of RAM and 32GB of onboard storage. The device runs Android Go baked on Android 11, which means that you will get a leaner version of the software. On the upside though, the phone has Google‘s Go suite of apps that take up way lesser space than the regular counterparts. Nokia C20 Plus houses a 4,950mAh battery and 8MP+2MP rear cameras along with a 5MP selfie snapper.

As far as the software of Nokia C20 Plus goes, we were expecting it to be cleaner. While the abovementioned Google Go apps are definitely a plus, the device is loaded with a number of other pre-installed apps including Moj, MXTakaTak, Simple Soulful, Dancing Road, Color Hop 3D, Snapchat, Solitaire, etc, and even some regular Google apps like Gmail. Having so many apps on the board is never pleasant. The only upside is that most of these can be uninstalled. 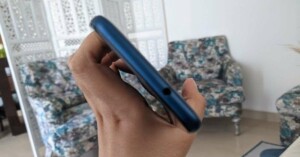 Coming to the performance of Nokia C20 Plus smartphone, it can only be termed as satisfactory. Although the handset comes with 3GB of RAM, it did not run very smoothly. Even in daily tasks like opening multiple tabs of Chrome, or switching between multiple apps, the smartphone didn’t do a job as good as we expected it to. We understand it’s a budget device, but even those do a good job in basic everyday tasks. We aren’t referring to functions like navigation here or gaming when we talk about daily tasks.

Google Go apps did a better job, but then, they don’t have as many features as the regular versions of the same apps. While this isn’t a downside in any way and they belong to a different suite for a reason, we consider it important to mention.

We also tried to play games on the smartphone, and we suggest you stick to lighter ones like Alto’s Odyssey and avoid heavier ones like Asphalt 8. The battery life of the device usually lasts a day and a half with basic everyday tasks like talking on the phone, browsing Instagram Lite or the internet, or listening to a little bit of music. Add a function like gaming or navigation, and the number of hours comes down. But then, even if it’s lasting an entire day without the need of being charged again, we consider it to be neat. 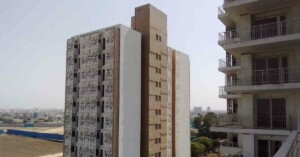 Finally, let’s talk about the cameras of Nokia C20 Plus. The smartphone comes with an 8MP primary lens and a 2MP depth sensor. The camera app of the device is very straightforward, and one doesn’t have to look too much for any function. The images taken in daylight turned out average, but some shots seemed overexposed. 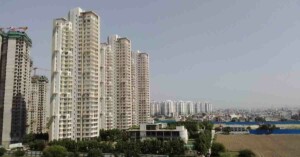 We weren’t too elated about the level of details in the images too. The quality only decreased in dimly lit areas. The 5MP selfie camera of the device also only did an average to decent job. Some images turned out satisfactory, while others had quality issues.

Nothing about Nokia C20 Plus would leave you amazed. It’s a basic budget smartphone and most of its features do an average job. We think that had the device been priced a little lesser, it could have been called a good buy for people upgrading from feature phones. But at this price, there are offerings from Xiaomi that offer a lot more. Or if you just add in a few bucks, you can also get a very good smartphone from Nokia. But with the current sale season, you might be able to find a good deal on this device.