Looking to buy a gaming smartphone? 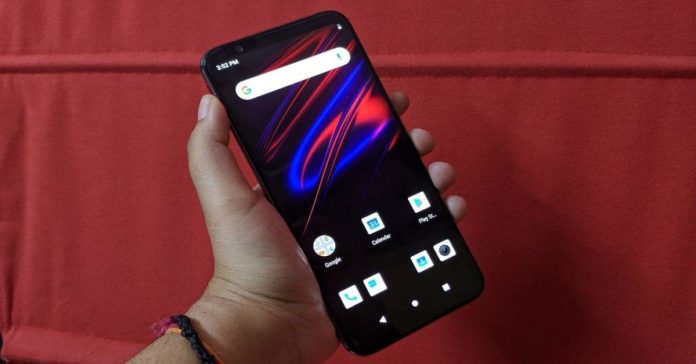 Gaming centric smartphones seem to be the newest trend that a number of technology companies are flocking to. This year has seen some remarkable additions in this category including Asus ROG Phone 2 and Black Shark 2 that is an offspring by Xiaomi. Earlier this year in May, Nubia had launched its gaming-centric Red Magic 2 smartphone. Just a few months later, in September, the company has launched an upgrade to the gaming device: Nubia Red Magic 3S.

A number of gaming smartphones that are now available are very futuristic to look at. The Nubia Red Magic 3S does not deviate from this. One of the most notable things about the device is that it is bigger than most ordinary smartphones, and as a result of this, it is also very heavy. The smartphone sports a massive 6.65-inch display that is protected with a layer of Corning Gorilla Glass. The big display of the Red Magic 3S is an upside for most gamers as they get more real estate. We should mention that the handset comes with a full-HD+ HDR AMOLED screen that has an aspect ratio of 19.5:9, a refresh rate of 90Hz and peak brightness of 430 nits.

When you set up the device, you will be able to choose from two options for the display: Natural Mode and Colourful Mode. The latter, as the name suggests, showcases more vivid colours. It is worth pointing out that Asus ROG Phone 2, another gaming smartphone that we reviewed recently, offers the same choice to users. 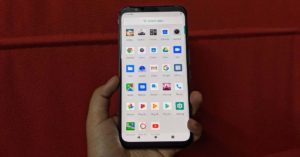 During our time with the device, we liked the colours that were projected by the display. They were bright and vibrant while the images were sharp and clear. The colours remained consistent at different viewing angles and the sunlight readability was not an issue. Considering the size of the display, the experience of watching videos on YouTube was a great one. The 90Hz refresh rate also made sure that the games appeared very crisp on the display of Nubia Red Magic 3S.

However, we should mention that the top and the bottom bezel of the smartphone are ticker than the other two edges. This may be a disappointment for those who prefer devices that are absolutely bezel-less or ones that come with waterdrop-shaped notches.

On flipping over, you will see a rather funky back panel on the smartphone. The silver coloured device has a diamond shaped rear camera cutout with an LED flash over it and a hexagonal shaped fingerprint sensor. The handset also has an air vent that is placed between the camera and the fingerprint scanner. Interestingly, the handset has a strip of RGB light on its back panel and a logo that lights up whenever the smartphone receives a notification. 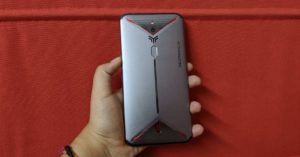 The right edge of the smartphone has the power and the volume rocker keys as well as a vent for the internal fan and two capacitive buttons. These prove to be beneficial when one is holding the device in landscape mode to play games on it. The left edge, on the other hand, comes with a slider button that can be used to activate the gaming mode on the device and a SIM tray. The left edge of the smartphone also has pogo pin connectors. On the bottom, there is a USB Type-C port and a 3.5mm headphone jack.

To sum it up, we would say that the design of the smartphone is such that it does have everything that is required by a gamer. Whether it is a large display to enjoy the game on, air vents to keep the smartphone cool, the device does have enough number of features to make a gamer happy. The display is another highlight of the smartphone, but we have to admit that we would have liked it better had it been edge-to-edge.

Before we begin ranting about its gaming performance, we’ll talk about the rest of the specifications of the Nubia Red Magic 3S smartphone. The handset is powered by Qualcomm’s Snapdragon 855+ chipset that is clocked at 2.9GHz. The smartphone comes with up to 12GB of RAM and has internal storage of up to 256GB. The handset houses a massive 5,000mAh battery that supports 27W fast charging. For imaging duties, there is a 48MP Sony IMX586 lens that has an f/1.79 aperture. On the front, there is a 16MP selfie camera. The smartphone runs Android 9.0 Pie that comes with a gaming mode and on the connectivity front, there is Wi-Fi, Bluetooth v5.0, 4G LTE and USB Type C port. 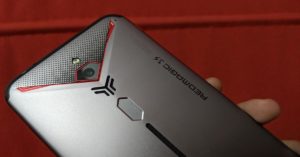 Coming to the software of the Red Magic 3S, UI on the smartphone comes with a few customisations. The user will have control over whether or not he’ll receive incoming calls and what kind of notifications he will get prompts for while playing games. The device has a dedicated gaming mode called Game Space that can be activated by switching on by sliding the button on the left edge. You can add games and apps to your handset that you would want to use only when this mode is activated. Other than that, the mode also gives users a control on a number of aspects like refresh rate of the display, internal fan and more.

Moving on to the performance of the smartphone, we obviously did not expect anything but super-smooth performance because of the presence of Snapdragon 855+ chipset. And we were not disappointed. No matter how many tasks we did together, it was a sheer cakewalk for the device to handle them all. Even when we used navigation via Google Maps for an hour and played games simultaneously, we did not experience any lag in Nubia Red Magic 3S’s performance. It remained superfast in performing all tasks at all times. 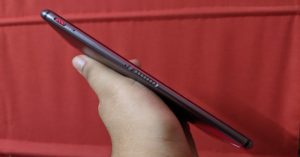 Needless to say, the gaming performance of the Nubia Red Magic 3S was its key highlight. We played many seasons of graphic-hungry games like Asphalt 9: Legends on the handset and we are extremely happy with the kind of results we got. The phone was super quick when it came to running even the heaviest of games. Over that, the fact that the device has a lasting battery and the display refresh rate of 90Hz only helped. Other gaming centric features on the smartphone also enhanced the experience because they ensured that uninterrupted gaming sessions. We should also mention that the internal fan of the smartphone, when activated, does manage to keep it cool no matter how long the gaming session is. This, we think, is a big plus for a gaming smartphone as heating of the device is a common issue that gamers face.

Coming to the battery of the smartphone, the 5000mAh cell easily lasts for more than a day even with heavy usage that involves hours of playing games, watching videos, using Google Maps and even clicking pictures. The smartphone takes about an hour to be charged completely. A good thing about the battery of the handset is that it does not start falling rapidly when the device is being used for games. 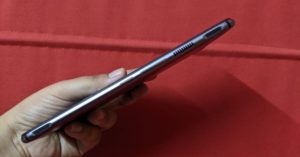 Now, let’s move on to the cameras of the Nubia Red Magic 3s. The device, as we mentioned earlier, comes with a 48MP Sony IMX586 sensor and a 16MP lens on the front panel for selfies. The camera app of the smartphone offers a number of modes like Pro, MultiExposure, Pretty, and Electronic Aperture among others. However, there is no dedicated mode on the smartphone for night photography. 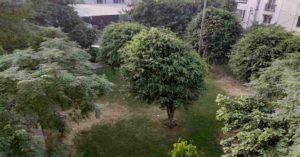 We took a number of pictures using the device. When we used the rear camera, by default, we got images that were 12MP in resolution. While there is an option of switching to 48MP in settings, we would not recommend you to do that. You will get the best results with 12MP option. The images that we took in day light, or in well-lit rooms turned out to be decent. They had enough details and the colours were accurate. Surprisingly, even without the Night Mode, the images that we took in dim lights also turned out to be good. The colours in the images were close to real object’s shades. 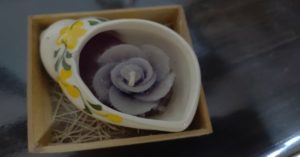 However, if there was one problem in the camera app, it was the fact that some images turned out to be a little too sharp. In contrast, when we were clicking selfies, some images looked a little unnaturally smooth. We would have liked to see a little more consistency.

Coming to the call quality of the smartphone, it was good during our time with it. We never faced a problem while talking to anyone even when we tried to call from areas like basements and elevators.

At a price of Rs 35,999, the Nubia Red Magic 3S is a good buy. However, it competes directly with Black Shark 2, which is also a gaming smartphone, and OnePlus 7, which is supposed to quite an all-rounder. The pros of the smartphone include its crisp display, its gaming features, its powerful processor and its lasting 5,000mAh battery. The only con that we can state is that sometimes the camera can be a little inconsistent and the lack of IP rating. However, if you can do with these small blemishes. All in all, you would not be disappointed by the Nubia Red Magic 3S.