Should Oppo Reno 3 Pro be your next buy? 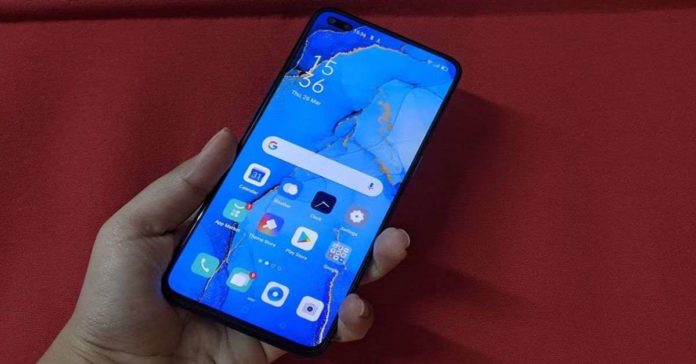 Oppo launched its Reno 3 Pro smartphone in India at a starting price of Rs 29,990. The smartphone comes with a number of great specifications like 64MP primary camera, 8GB of RAM and 4,025mAh battery. We spent a few days with the Oppo Reno 3 Pro to know whether it’s really as good as it sounds on paper. Read the rest of our review to know what we think of it: 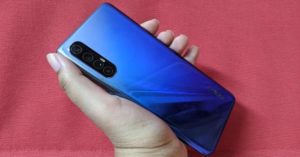 Flip over, and you will see the gradient back panel of the smartphone. The handset is available in Auroral Blue, Midnight Black, and Sky White colour options and the one that we got for review was dressed in Blue. The back panel of the device has a glossy finish and it houses the quad-camera setup and has the Oppo branding. We should point out that the back of the handset is very prone to getting fingerprint marks so it is recommended to carry a micro-fibre cloth with yourself. The edges of the smartphone are made up of plastic. While the right one houses the power button, the left one has the volume rocker keys and the SIM tray. The bottom edge has the 3.5mm headphone jack, the Type-c port, the speaker grille and the microphone, while the top edge has the secondary microphone on it.

Coming to the 6.4-inch full-HD+ AMOLED display of the device, it was one among the pros of Oppo Reno 3 Pro. The screen showcased bright and vibrant colours that remained consistent at different viewing angles. The user also gets the option of adjusting the colour temperature according to their own preference. We literally watched films on Netflix during our time with the device and we didn’t find the experience to be disappointing even once. The images were crisp and the colour output remained consistently good. 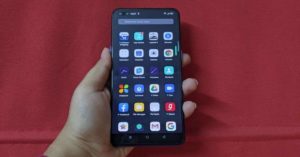 The sunlight readability of the display was good too, and this is a very important aspect, according to is. The in-display scanner that we mentioned earlier works well at all times, even when our finger was slightly moist. In a nutshell, we can say that the display of Oppo Reno 3 Pro smartphone was definitely among its positive points.

Before we begin talking about the performance of Oppo Reno 3 Pro, let’s take a minute to look at its other specifications. The smartphone is powered by 2.2GHz octa-core Mediatek Helio P95 SoC clubbed with 8GB of RAM. The device can be bought in two storage variants: One with 128GB internal storage and the other with 256GB of onboard storage. In case users require more space, they can install a microSD card on the device. The handset runs Android 10 skinned with ColorOS 7 and it houses a 4025mAh battery that has support for VOOC Flash Charge 4.0.

Speaking about the UI of the smartphone, we should mention that it comes with some bloatware. The pre-installed apps on Oppo Reno 3 Pro include Facebook, Amazon, Opera News, Netflix, WPS Office, Helo, Gaana and DocVault amongst others. The device also comes with Game Space and Game Centre. The good thing is that these apps can be uninstalled. Other than this, the user interface of the smartphone is mostly clean. There is a smart sidebar that can be accessed by swiping right from the home screen. This includes a number of useful shortcuts like screenshot and screen recording. Other than this, there are some extra features like Smart Driving and Riding modes. Oppo Reno 3 Pro also comes with Digital Wellbeing feature of Android 10 that helps users cut down on screen time. 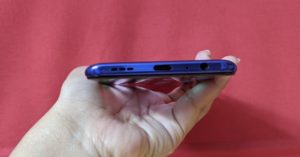 Gaming was also decent on the smartphone. While playing games like Alto’s Odyssey and Temple Run 2, when we tried playing graphic-hungry games like Asphalt 9: Legends, we did see some frames drop. On the upside, the smartphone never heated up or warmed up even if we played games for 30 minutes straight.

The 4,025mAh battery was one among the strong points of the Oppo Reno 3 Pro. Even with heavy usage, the smartphone’s juice lasted for almost a day and a half. The smartphone charges also pretty quickly with its 30W charger. It usually took us around an hour to charge the device completely when its cell was 0%.

The call quality of the smartphone is good and we could make and receive calls even in areas like basements and elevators. We could clearly listen and be heard at the be the person on the other end.

Finally, let’s talk about the cameras of the Oppo Reno 3 Pro smartphone. The device comes with a quad-camera setup with a 64MP primary sensor, a 12MP telephoto sensor, an 8MP ultra-wide sensor and a 2MP mono lens. The camera of the handset also comes with 5x hybrid zoom and 20x digital zoom capabilities. For selfies and video calls, there is a 44MP front-facing snapper and a 2MP depth sensor.

The camera app of the device comes with Night, Portrait, Panorama, Slo-mo modes and it even has the Time-Lapse feature. The app also has support for AI Scene recognition.

The images taken during the day turned out extremely well. They had a great amount of details and the colour reproduction was very accurate and vibrant. The images taken with the primary camera of the smartphone remain good at night or in dimly-lit areas.

Coming to the selfies that we took with the smartphone, most of them turned out to be decent, but we did feel that there could have been more details in the images.

To conclude, we would say that a starting price of Rs 29,990, Oppo Reno 3 Pro does come with its share of pros. The display of the smartphone is definitely its positive point. The lasting battery and the great primary camera are also its bright points. The performance of the smartphone could have been better though. If we compare that to other devices in the same range, it is somewhere behind the rest. However, the positives really outdo that. We think that you wouldn’t be disappointed if you buy the Oppo Reno 3 Pro.

- Advertisment -
Oppo Reno 3 Pro review: The almost perfect smartphoneOppo launched its Reno 3 Pro smartphone in India at a starting price of Rs 29,990. The smartphone comes with a number of great specifications like 64MP primary camera, 8GB of RAM and 4,025mAh battery. We spent a few days with the Oppo Reno...