Thinking of buying a budget smartwatch? This is where your search may end! 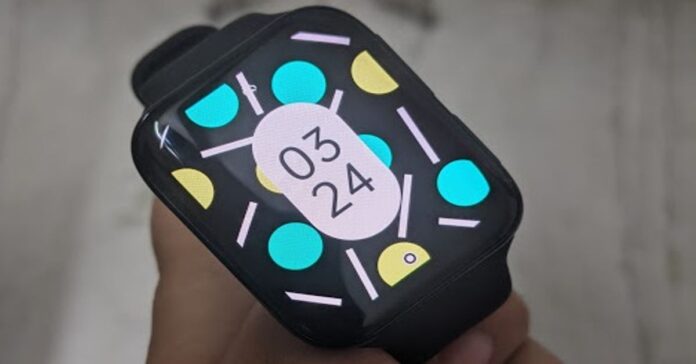 Chinese technology company, Oppo, recently launched its Oppo Watch in India in two variants. The smartwatch falls in the under Rs 20,000-category and comes with an AMOLED display, VOOC technology, and support for Google Assistant. We spent a few days with the Oppo Watch and here’s our review of the same:

As far as the design of the Oppo Watch goes, we have to say that it looks a lot like Apple’s smartwatches. While for some that may be a plus point, some may consider it a downside. We will leave it on you to decide. The smartwatch is dominated by its AMOLED display that is curved towards its side edges. There are two buttons on the right edge of the watch that can perform a variety of functions. One of the two buttons is Emerald Green in colour, and it can be programmed to perform different tasks. If you long-press on it, it works like a Power button too. 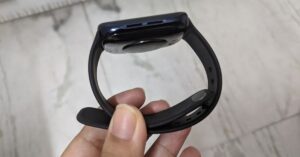 We did miss the crown we had on our Samsung Galaxy 2 smartwatch for going through apps and navigation. The left edge of the smartwatch has a speaker, using which you can make calls and give commands to Google Assistant. The straps of the Oppo Watch are made up of a material that the company refers to as fluoro-rubber. When we wore the watch, we found the material to be very comfortable. We didn’t even feel the need to take it off at night. However, we should mention that in case you don’t like the strap, there aren’t any first or third-party replacements that are available, so you will just have to stick to them.

Coming to the display of the watch, it was an aspect that we really liked. But before we get to that, we should mention that the watch is available in two variants – 41mm and 46mm. For our review, we got the latter. The 1.91-inch curved AMOLED display of Oppo Watch covers 100% of the DCI-P3 colour gamut and it proved to be really good. The icons were crisp, the colours were vibrant and sunlight visibility was never a problem because of ample brightness. According to the company, the watch has a built-in ambient light sensor, so the brightness levels get adjusted automatically. 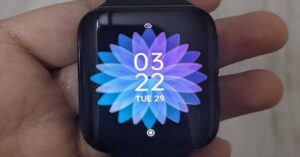 To conclude, we would say that even though the Oppo Watch resembles the Apple Watch, it does have a very good design and display. We were particularly happy with the latter because of the way various images, icons and wallpapers looked on it.

Let’s talk about the specifications of the Oppo Watch before we discuss its performance. The watch runs Wear OS and is powered by Qualcomm Snapdragon 3100 SoC. The device has 1GB of RAM and the 46mm version is backed by 430mAh battery. The watch has support for VOOC charge technology, GPS and NFC but it lacks LTE.

Even without the latest chipset, the Oppo Watch did a good job with most day to day tasks and we did not experience any lag. We asked Google Assistant to perform various tasks and it seamlessly carried out all of our instructions. We also used the watch to measure our heart rate and track our daily activities. 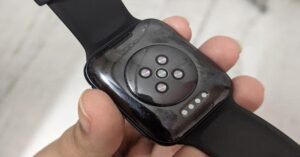 The battery of the smartwatch will easily last an entire day in case you get all the notifications on the device and use it even while sleeping. With mild usage, the battery should last easily more than that. When the battery level starts falling, there is also an option of activating the power-saving mode. Another thing that we liked was that it didn’t take us too long to charge the smartwatch, thanks to the VOOC technology. Our smartwatch’s battery went from 0 to 100% in less than 40 minutes.

Oppo Watch also comes with fitness and sleep tracking options. You can keep a track of the number of steps you have taken, activity sessions, calories, and workout time. Under Workouts section, you will also find options including Fitness Run, Fat Burn Run, Outdoor Walk, Outdoor Cycling and Swimming. You can even track your heart rate using the watch.

We tried a number of these options. A good thing with the fitness-related options was that the watch actually gave us guided instructions like ‘speed up’ and ‘slow down’ and this made sure that our workout was efficient. You can even use third-party apps of your choice if you think that you like them better. We should also mention that Samsung’s smartwatches offer a lot more in terms of fitness options. So if you are a fitness freak, you may think of investing there instead.

Sleep tracking on the device was good, however, the data was recorded only between 8PM and 10AM.

The pros of the Oppo Watch include its design, the vibrant display, the smooth performance and VOOC technology for the battery. But at the same time, the watch lacks LTE and that may be a problem for some. But at Rs 19,990, Oppo Watch certainly does not disappoint. As we mentioned earlier, if you are a fitness freak, you may prefer something from Samsung’s Active series, but otherwise, Oppo Watch is definitely a good buy.

- Advertisment -
Oppo Watch review: For the everyday power userChinese technology company, Oppo, recently launched its Oppo Watch in India in two variants. The smartwatch falls in the under Rs 20,000-category and comes with an AMOLED display, VOOC technology, and support for Google Assistant. We spent a few days with the Oppo Watch...