HomeReviewsRedmi Note 10 Pro review: A smooth performer within a budget

How does this beautiful looking budget smartphone perform? 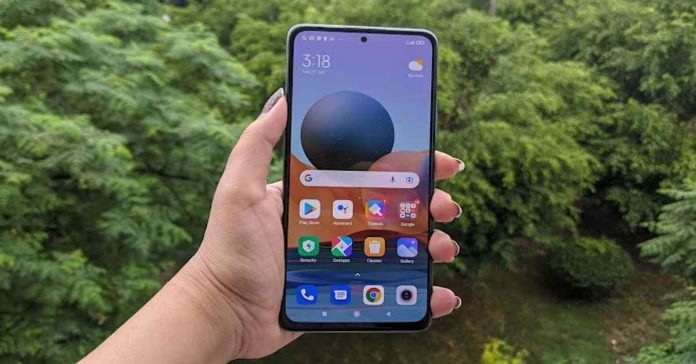 Even before we got to review the Redmi Note 10 Pro, we were taken aback by its looks. The smartphone is quite a stunner and considering the price range, that’s a plus. But are looks all that the new Redmi device has to offer? Read our Redmi Note 10 Pro review to find out more:

We are really impressed by the design of the Redmi Note 10 Pro smartphone. The handset is very beautiful to look at and it has a very premium feel to itself. The smartphone has a sturdy built and it feels very solid to hold thanks to its glass body. The back panel of Redmi Nolte 10 Pro has a frosted finish and is protected with Corning Gorilla Glass 5. During our time with the handset, we did not encounter any problems with getting smudges on the body of the device. The back panel houses the vertical camera module that has four sensors and one LED flash; and along with this, there is also Redmi branding at the back. The Power and Volume Rocker keys are sandwiched on the right edge, while the left edge has the SIM tray. The Power button on the device also has a fingerprint sensor embedded in it. 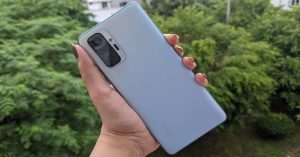 The speaker grilles, microphone, Type-C charging port, the 3.5mm headphone jack, secondary microphone, and the notification light are distributed among the bottom and top edges. The one-handed usage on the device is simple thanks to the correct placement of the buttons that come in handy. The front panel of Redmi Note 10 Pro is dominated by the 6.67-inch display, which is outlined with thin bezels (although the chin is slightly thicker). There is also a hole-punch selfie camera at the centre of the top of the screen. The display of Redmi Note 10 Pro is also protected with a layer of Corning Gorilla Glass 5.

As we said earlier, the handset is excellent to look at and everything about its design is premium. You can choose from three colours – Dark Night, Vintage Bronze and Glacial Blue. The smartphone that we got for review was dressed in Blue. 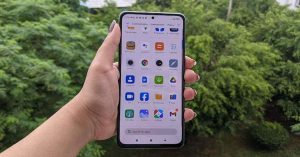 Coming to the screen of the device, Redmi Note 10 Pro sports a 6.67-inch Super AMOLED Full HD+ display that has a refresh rate of 120Hz. We watched an entire season of a show on Netflix using the smartphone, and the display made our experience absolutely delightful. The images projected were sharp and clear, the colours were vibrant, and thee brightness was just apt. Since it is an AMOLED screen, the blacks are deeper and the contrast is also higher, and it made everything on the display look so much better. Overall, we are very happy with the display experience of Redmi Note 10 Pro, but we do feel that sunlight readability could be slightly better.

Before we talk about the performance, let’s take a minute to discuss the rest of the specifications of Redmi Note 10 Pro. The smartphone is powered by Qualcomm‘s Snapdragon 732G processor clubbed with up to 8GB of RAM. The device has up to 128GB of onboard storage and in case that’s not enough for some users, they have the option of installing a microSD card of up to 512GB. Redmi Note 10 Pro runs Android 11 skinned with MIUI 12 that brings several customizations to the device. It houses a 5020mAh battery and sports quad rear cameras (64MP+8MP+5MP+2MP), and a 16MP selfie camera. 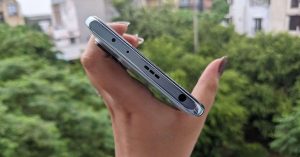 The MIUI 12 skin adds quite a few customizations to the smartphone and a few aspects of it may remind you of iPhone’s controls. While most of the customizations are nice, the bloatware and promotional content was really annoying. The smartphone comes with a number of pre-installed apps including LinkedIn, Prime Video, Facebook and even some in-house ones like Mi Pay, Mi Remote and Mi Credit, the upside is that these can be uninstalled by the user. However, the most annoying of all – GetApp – cannot be removed from the device and it sends tonnes of notifications. Also brace yourself to see ads on the device’s lock screen unless you go and disable them.

Moving on, the performance of the smartphone is very smooth. The Snapdragon 732G processor turned out to be quite efficient and it managed to do most of the tasks we threw at it with perfect ease. We used the device for watching shows, playing games, using social media apps, listening to music, navigation and clicking pictures. We did not notice any lags or hiccups while doing these day-to-day tasks. 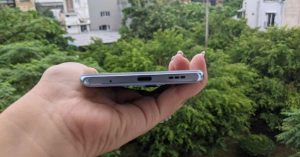 Gaming on Redmi Note 10 Pro is a decent experience. We tried a range of games ranging from Temple Run 2 to Asphalt 9: Legends and we didn’t notice any stutters or drop of frames. However, the device does heat up quickly during gaming. In fact, this was an issue we encountered when we tried navigation via Google Maps too.

The battery is one among the best aspects of the smartphone. On a single charge, Redmi Note 10 Pro easily lasts a day and a half with usage that involves gaming, an active Instagram account, listening to music and more. The device takes around an hour to get completely charged.

Now, let’s talk about the cameras of Redmi Note 10 Pro. The handset comes with a 64MP primary camera, an 8MP ultra-wide sensor, a 5MP macro lens and a 2MP depth sensor. There are a number of modes that the camera app of the device supports including HDR, Night, Beauty, Dual-video, Vlog, Pro, etc. We mostly got a decent output from the cameras of the device, but we did observe a few things that should be mentioned. The images that we took from the 64MP primary lens were obviously the best among all the sensors, but we have to admit that the colour reproduction seemed saturated in most shots. It should also be noted that the sensor does a better job at clicking landscapes and objects than it does when it’s used to click humans. 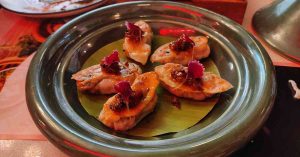 There was something about the pictures of people that just wasn’t right. Sometimes, the sharpness was a bit too much, and at other times, the colour reproduction seemed off. On switching to ultra-wide sensor, a lot more area was covered in the images, but then, they had fewer details. In some of the images, we noticed distortion and pixilation too. The images taken with the macro lens and the depth sensor were much better in terms of clarity as well as colours. The macro-lens in particular did a fantastic job and we got some really nice shots using it. 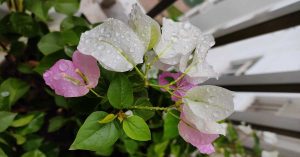 The cameras (except the ultra-wide sensor) did a decent job while clicking pictures in lowly-lit areas too. Enabling the Night Mode is a good idea though for improved results. 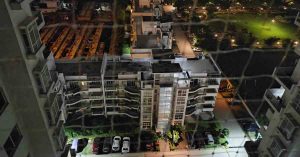 The 16MP selfie camera of the handset did a decent job too and we got images with a good number of details. However the colour reproduction wasn’t accurate and some of the images turned out too sharp.

At a starting price of Rs 15,999, the Redmi Note 10 Pro is certainly a good buy. The device has an excellent design, a vibrant display and a battery that lasts. The performance is super-smooth too. However, it has its own share of cons too. There is reasonable amount of bloatware and promotional content that’s thrown at users, the cameras (except macro lens) were inconsistent with their performance, and the handset also heats up while gaming and navigation.

However, the pros clearly outweigh the cons and at this price, Redmi Note 10 Pro has a lot to offer, so we can confidently recommend it.