Should you consider buying this budget offering? 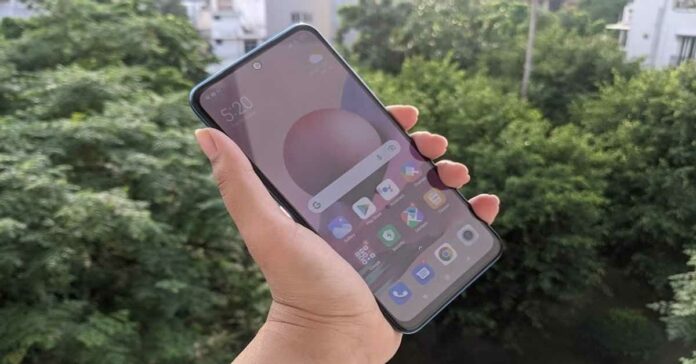 Redmi Note 10S was launched just two months after its predecessor – Redmi Note 10 – in India. Naturally, too many changes weren’t on the cards, but the company did beef up the processor, RAM and the primary camera, and the device is still a budget smartphone at a starting price of Rs 14,999. We spent a good two weeks with it and here’s our Redmi Note 10S review detailing its pros and cons.

The handset’s polycarbonate back panel is silver on the top and blue towards the bottom and it houses the camera module that has four sensors and an LED flash. The Redmi branding is also present on the back and it’s written in landscape. The Power and Volume Rocker keys are on the right edge while the SIM tray is on the left. The power button also has the fingerprint sensor embedded in it. The smartphone has speakers on both top and bottom edges. While the USB Type-C port, the microphone and the 3.5mm headphone jack are at the bottom edge, the IR emitter and the secondary microphone are at the top.

Flip over and you will see the 6.43-inch display of the device that is protected with a layer of Corning Gorilla Glass 3 and is outlined with thin bezels. Like every other phone, the chin at the bottom of the screen is obviously thicker. 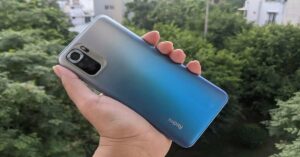 The smartphone is curved along its sides, which along with the apt placement of buttons makes one-handed usage on the device easier. Besides this, Redmi Note 10S also comes with IP53 rating that offers dust and water resistance, and this is a big plus considering the price range of the handset.

Coming to the 6.43-inch full HD+ Super AMOLED display of Redmi Note 10S, we quite liked its performance. The screen is bright and it projects vibrant colours which remain consistent at different viewing angles. The sunlight readability is average, but one can still figure out the text on the display. The images appear to be sharp and clear on the handset’s screen. We watched a number of YouTube videos and shows during our time with the smartphone, and our experience was always good.

In a nutshell, we like the design and display of Redmi Note 10S smartphone, even though the device retains most of the features of its predecessor as far as the design goes. It definitely is repetitive, but there aren’t any major downsides to the device’s display and design.

Before we begin talking about the performance of the smartphone, let’s take a minute to discuss the rest of its specifications. Redmi Note 10S is powered by MediaTek Helio G95 processor clubbed with 6GB of RAM and comes with up to 128GB of internal storage. The device houses a 5,000mAh battery and supports 33W fast charging. Redmi Note 10S runs Android 11 skinned with MIUI 12.5. For imaging duties, there is a 64MP primary sensor, an 8MP ultra-wide angle lens, a 2MP macro camera and a 2MP depth sensor. There is also a 13MP on the front panel of the device for selfies and video calls. 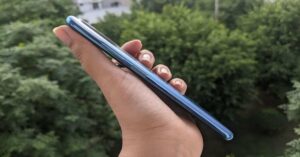 The MIUI 12.5 does offer some customizations on the device, but it comes with a fair share of bloatware too. There are a number of pre-installed apps on the smartphone, but the upside is that most of them can be uninstalled. However, this does not include the company’s native apps or GetApps, which sends out an alarming number of notifications. There were times when we even saw promotional content on the wallpaper of the device.

Coming to the performance, Redmi Note 10S left us impressed with most tasks that we threw at it. We often multitasked on the device and used it simultaneously for navigation and listening to music, and it did not stutter even once. We even watched back to back episodes of a Netflix show, and our experience was great. Not only were the visuals appealing because of the good display, the speakers of the device enhanced the experience with great audio quality. 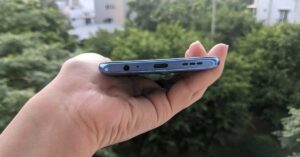 We even used the smartphone for gaming and played a number of games like Temple Run 2, Alto’s Odyssey and Asphalt 9: Legends, and they all ran smoothly. The device did start getting warm after 10-15 minutes of gameplay though, and obviously, the battery levels fell quicker too while gaming. But the latter is hardly anything to complain about.

The fingerprint sensor of Redmi Note 10S did a quick job and unlocked each time we placed our finger on it, even when it was moist. The battery life of the device is also among one of its pros. Even with heavy usage that involved gaming, watching Netflix or using Google Maps, we could use the smartphone for a day and a half on a single charge. We are guessing that if your usage does not involve these too much, you would definitely be able to get more out of the device. 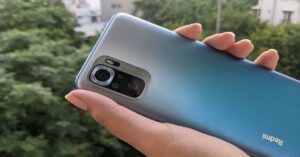 The call quality of the smartphone was flawless too and we had no problem receiving or making calls even from areas like basements and elevators.

Finally, let’s talk about the cameras of the smartphone. As we mentioned earlier, Redmi Note 10S comes with a 64MP primary camera, an 8MP ultra-wide angle lens, and a macro camera and a depth sensor with 2MP lenses each. There is also a 13MP selfie camera on the device. 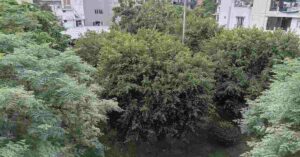 The camera performance of Redmi Note 10S could be a lot better and more consistent. In day light, the camera managed to click decent images but the objects in the pictures looked a bit too sharp. It was a consistent problem and it affected the quality of the image. The shots that we took indoors in well-lit conditions turned out to be much better than the outdoor ones, which is strange since it’s usually the opposite with most phones. The ultra-wide-angle sensor allows a lot more area in the image but the quality visibly drops. 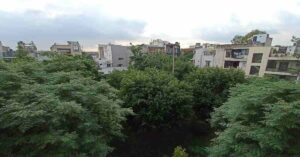 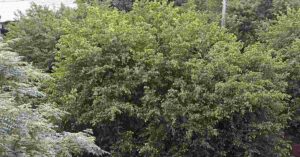 However, it was the low-light photography that was not up to the mark, because some images that we clicked at night had noise. The quality does go up a little with the Night mode enabled, of course.

The selfies taken from the 13MP front camera turned out to be good and the performance of the camera remained consistent in well-lit as well as dimly-lit conditions. It was one aspect of the camera that we actually liked a lot.

The Redmi Note 10S comes with a more powerful processor, a beefed-up RAM and a better primary camera than its predecessor Redmi Note 10. The new smartphone retains the rest of the features of a device which was anyway a good deal. We’ll get to the point: Even though a lot of features of the two phones are the same, so some may feel that Redmi Note 10S is not much of an update, it still offers a great deal of good specifications at a budget price. Plus, most aspects of the performance of the smartphone are bound to impress you. It has a lot of pros including the lasting battery, the vibrant display, the stereo speakers that have an amazing audio output and the ability to perform multiple tasks with ease. So it definitely is the right buy for most people who are looking for a good budget smartphone.

- Advertisment -
Redmi Note 10S review: Little has changed, but still a worthy buyRedmi Note 10S was launched just two months after its predecessor – Redmi Note 10 – in India. Naturally, too many changes weren’t on the cards, but the company did beef up the processor, RAM and the primary camera, and the device is still...