Samsung Galaxy A73 5G review: Almost perfect, should you pick it at this price?

Read our review of Samsung Galaxy A73 5G to know everything you need to about the device. 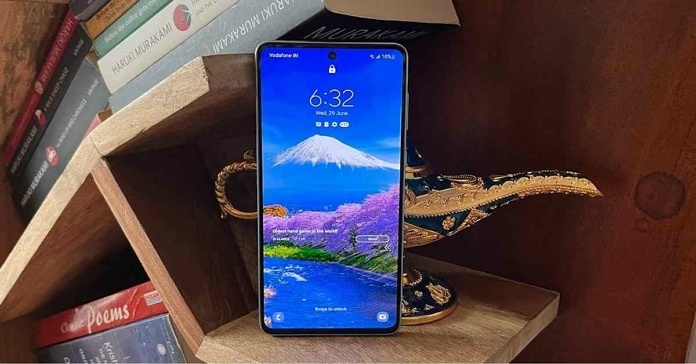 Who doesn’t want to get their hands on a high-end smartphone from Samsung? We managed to do just that with the Samsung Galaxy A73 5G and it was great to spend more than a week with it. Read our Samsung A73 5G review to find out about the pros and cons of the smartphone:

Samsung Galaxy A73 5G‘s design is similar to other smartphone models in the A-series of the tech giant. It looks a lot like its predecessor in fact. The only thing that makes it somewhat stand out is the Mint coloured body that it has. Other than that, the smartphone is also available in Grey and White colour variants.

The device is made of plastic while its edges are aluminium. But in spite of the plastic body, Samsung Galaxy A73 5G looks premium and has a solid build. It also comes with IP67 water and dust resistance, which is certainly a plus point. If some potential buyers would be put off by the plastic body, others would be elated to learn about the IP rating.

Samsung Galaxy A73 5G houses the volume rocker keys and the power button (which also has the fingerprint scanner embedded in it placed on its right edge, while the USB Type-C port and speaker grill are on the bottom. There is a hybrid SIM card slot too that can either hold two nano SIMs or a SIM along with a microSD card.

The front panel of the device is dominated by its 6.7-inch Super AMOLED display that is outlined by thin bezels and is protected by a layer of Corning Gorilla Glass 5. The screen comes with a punch hole for the selfie camera that it houses. As expected, the display was definitely among the pros of the smartphone. The colours showcased were accurate and they remained consistent at different viewing angles, and the brightness was apt too. 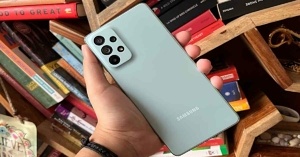 The sunlight readability was decent too. We watched a lot of videos from YouTube, Netflix and other OTT platforms and were never disappointed. The presence of stereo speakers that support Dolby Atmos gave a great sound quality and this only enhanced our video-watching experience.

To sum it up, we would say that while the design of the Samsung Galaxy A73 5G is monotonous, it is still elegant looking and has some positive attributes like a solid built and IP rating. While the design has its pros and cons, the display of the device is an absolute hit.

Before talking about the performance of the Samsung Galaxy A73 5G, let’s talk about the rest of its specifications. The smartphone is powered by an octa-core Qualcomm Snapdragon 778G processor clubbed with up to 8GB of RAM that can be further expanded up to 16GB via a RAM Plus feature. It runs Android 12 with One UI 4.1 baked on top and has up to 256GB of onboard storage and a microSD card that has a capacity of up to 1TB.

The handset houses a 5,000mAh battery and for imaging duties, it has a 108MP primary camera, a 12MP ultra-wide camera, a 5MP macro sensor and a 5MP depth sensor. The primary camera of the device has support for optical image stabilisation and comes with features like Object Eraser, AI Photo Remaster, Portrait Mode, etc. There is also a 32MP selfie camera on the front panel of the handset. 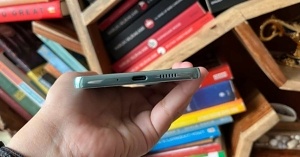 Speaking about the software of Samsung Galaxy A73 5G, the customised One UI skin comes with bloatware and third-party apps including Byjus, Takatak, Moj, etc. It also comes with gestures that would make life easier for users, including one-handed mode and lift to wake. Another thing we should mention is that Samsung has promised 4 years of Android updates on the device, so if you’re planning to buy it for long term use, this is definitely a pro. The smartphone comes with Samsung’s Knox security that enables users to protect their files and apps by moving them to a secure folder.

Coming to the performance of Samsung Galaxy A73 5G, it could easily handle any task we tried on it, and excelled at multitasking too. We binge-watched videos on the device, and sometimes did this even while using the phone for navigation (of course, we weren’t the ones driving), and the device could handle it all. Gaming was also a good experience on the smartphone. No matter what game we played, the handset could handle it. 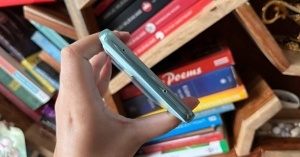 Even the heavy-graphic ones like Asphalt 9: Legends ran without any frame drops. However, the phone does warm up after around half an hour of gaming. The battery of Samsung Galaxy A73 5G is another plus and it lasts for over a day easily with moderate usage involving an active Instagram account, listening to music and watching videos.

Finally, let’s talk about the cameras of Samsung Galaxy A73 5G. The primary camera did a good job during the day in outdoor settings and managed to take some very nice shots. The colours were accurate and the images were sharp and clear.

The camera app comes with support for 10X digital zoom, so if you are fond of clicking really close-up shots, you would be happy, even though at 10X the images taken do get a little grainy as one would expect.

The macro lens performed decently too. However, when we used the cameras in dimly lit areas, the image quality did decline. Turning on the Night Mode did help, but not as much as we expected. The selfie camera of the handset did a decent job, but it could be better, especially if you’re someone who loves recording videos.

At a starting price of Rs 41,999, the Samsung Galaxy A73 5G is a decent buy. There are other good options available at a similar price, but one can also opt for a similar performance at a more affordable price (in case one wants to) with Samsung Galaxy A53 5G. You won’t get the same primary camera, but a lot of other specifications would be the same. Speaking strictly of the Samsung Galaxy A73 5G, its pros are its vibrant display, almost impeccable performance, and good cameras. Just that at this price, it could have had much better specifications and features.