Samsung Galaxy A80 review: The future is here

Samsung Galaxy A80 comes with a unique camera system that rotates to face the user. 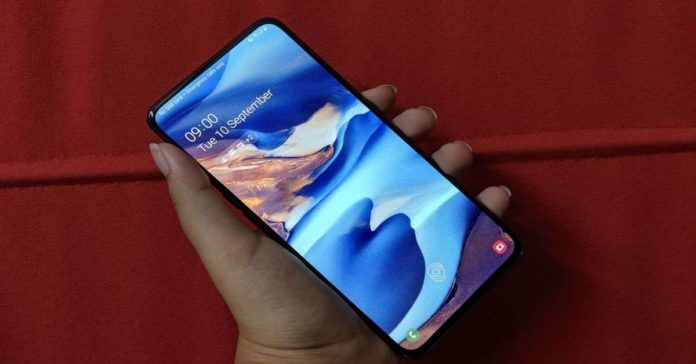 Who would not be excited to use a smartphone that has a camera module, which flips towards the user when they wish to click selfies? A few years back, this may have sounded like a phone from a futuristic film. But today, Samsung has made it a reality with its Samsung Galaxy A80. We got to use the handset for some time and we tried to know whether it is as amazing as it sounds. Read the rest of our review of Samsung Galaxy A80 to know more:

Samsung Galaxy A80 design and display

We can really count on Samsung for making premium and beautiful looking smartphones. The South Korean technology giant has made Samsung Galaxy A80 inch-perfect. The smartphone looks very premium and is absolutely stunning. If you are someone for whom a smartphone is also a style statement, the design of Galaxy A80 will surely make you happy. The device is dominated by the New Infinity display on its front panel and it comes with a glass back panel. To make things even better, Samsung has added a very unique camera module to its new smartphone that rotates to click selfies. 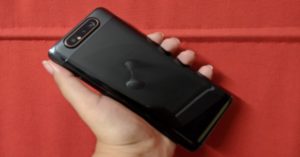 As we just mentioned, the front of the smartphone is mainly its display. The bezels and the chin that outline it are really thin and this means that users get a lot of real estate on the screen. A very notable factor about Samsung Galaxy A80 is its size. The smartphone is very tall and wide. Yes, the handset is on the heavier side, thanks to its glass front and back, and the large battery inside. Nevertheless, while some may feel that just makes it feel more solid, not everyone likes their handset to be bulky.

With this, the company has managed to provide a full-screen experience with the display of the device. While the right edge of the smartphone has the power button, the volume rocker keys are on the left edge. The speaker grille, Type-C port and the SIM tray are placed on the bottom while the top of the device only has the secondary microphone.

To sum it up, we liked the look and feel of the Samsung Galaxy A80, but then, we expect a premium smartphone to have features like water resistance too, which was missing in this one 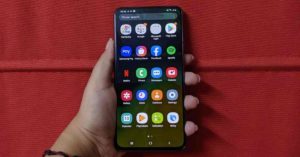 Now, let’s talk about the display of the handset. Samsung Galaxy A80 is the first smartphone by the South Korean technology company to come with the New Infinity display. By this, the company means that the handset does not come with a notch on its display and provides a full screen experience to users. The smartphone has a 6.7-inch FHD+ (2,400×1,080) Super AMOLED display and during our time with it, we had a very good experience with the screen of the device. The display of Samsung Galaxy A80 is simply excellent. It provides a very immersive experience and it showcases vibrant colours. You will see deep blacks and punchy colours, and these remain consistent at different viewing angles.

The clarity of the images projected and their sharpness is also on point. We should also mention that the display of the handset had support for Widevine L1, which enables users to stream HD content from the likes of Netflix and Amazon Prime. The screen of the device also comes with acoustic sound system that emits sound via the display of the screen itself. During our time with the device, the sound output was perfectly fine. We also did not encounter too much trouble when we tried using the handset under direct sunlight.

Samsung Galaxy A80 performance and cameras

Before we speak about which aspects Samsung Galaxy A80 excelled in, we should shed light on the rest of its specifications. The handset is powered by an octa-core Snapdragon 730G SoC, coupled with 8GB of RAM. The device runs Android Pie skinned with Samsung One UI and it comes with 128GB of internal storage, and houses a 3,700mAh battery. The battery of the smartphone has support for 25W fast charging. For imaging duties, the smartphone comes with a rotating camera module that boasts of a 48MP primary sensor, an 8MP secondary ultra-wide-angle sensor and a 3D depth camera with an IR sensor. 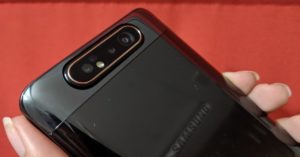 To elaborate more on the software of the device, the Android Pie and OneUI provides us with features that have been seen earlier on other Samsung smartphones. Most apps and elements are placed on the bottom of the display for better access. The apps are bigger and icons of Samsung’s own applications are redesigned. The device also comes with Digital Wellbeing that helps users know which apps they are spending the most time on so that they can cut down on the usage. In addition to all this, there is system-wide Dark mode available on Samsung Galaxy A80. There are some pre-loaded apps on the handset like Netflix, Facebook, the entire suite of Google and Microsoft apps as well as Samsung’s own apps, we found most of them to be useful.

Moving on to the performance of the smartphone, the Snapdragon 730G did prove to be good at handling most tasks. We often multitasked on the device and faced no problem while doing so. We often browsed social media apps like Instagram and YouTube and used the handset for other activities like music and navigation at the same time. The smartphone handled it all very well. 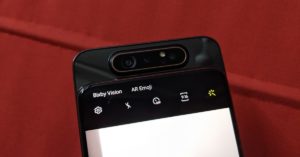 Gaming was also a good experience on the smartphone. We played a few seasons of Asphalt 9: Legends, which are very graphic-heavy, on Samsung Galaxy A80 and then switched to some lighter ones like Temple Run 2. The device consistently performed in both the types. However, after prolonged gaming the device did heat up occasionally because of its glass body. In fact, this is something that we also encountered at times when the device was put on charging or was being used for navigation for a very long time. Samsung A80 does come with an indisplay fingerprint scanner, which we found to be a wee bit slower than other Samsung smartphones.

Coming to the cameras of the Samsung Galaxy A80, they really are unique in the way they work. You would be very appealed to buy the smartphone if you like clicking selfies. At least when you hear about it theoretically. How many smartphones allow you to click pictures using all of its rear cameras? What makes it even more appealing for selfie lovers is the 48MP Sony IMX596 primary sensor that is bound to give good self-portrait shots. The other two cameras, as we mentioned earlier, include an 8MP ultra wide-angle camera and a 3D ToF sensor. The cameras of the handset also come with Super Steady video mode, Scene Optimiser and Flaw Detection. 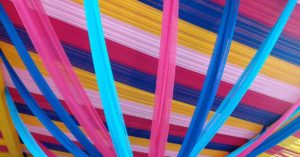 It is worth pointing out that the primary camera of the smartphone takes images that are 12MP in resolution by default. However, there is an option of choosing 48MP resolution too. While most shots taken by the 48MP primary camera during the day were great, we should say that on zooming in to click images, some details may be compromised (at times). But then, largely, the shots taken during the day had bright and vibrant colours, and they mostly turned out to be sharp. However, the same cannot be said for the night shots. They were decent, but not as good as other 48MP cameras that we have tried. Even the dedicated mode for night photography on the handset didn’t help too much, maybe the next update by Samsung will take care of this. 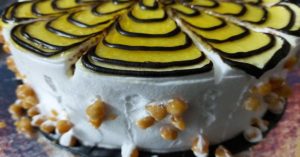 Most selfies that we took using the smartphone turned out to be good. You would see the lightest of details on your face if you use the 48MP primary camera. However, selfies at night turned out to be average.

Coming to the battery of the device, we were expecting it to lat for more than a day. With moderate usage that involved watching YouTube videos, a few calls and using some social media apps, it usually lasted us a day. But if you need more talk time, they fast charger does come handy. With its 25W fast charging, the handset usually gets completely charged within an hour and 15 minutes. Last but not the least, the call quality on the smartphone was very good. We never encountered any problems while making or receiving phone calls even from areas like basements.

Samsung Galaxy A80 has its pros and cons. It comes with a beautiful design and a unique camera system, has a dream of a display, and offers smooth performance. However, it lacks water resistance and face unlock. Another downside is that the camera performance is not very consistent, which we are hoping is taken care of in next update. So, the answer to whether is a worthy buy or not depends on what your priorities as a user are. If you like to use your device for entertainment and watching videos and playing games, you will be happy with Samsung Galaxy A80, even if it is priced at Rs 47,990. The display is really worth every penny. However, if you want a longer battery life there are few others that will give you just that. Interestingly, if you put in just Rs 3,000 more, you can buy the Samsung Galaxy S10e, which is quite an all-rounder by the company.

- Advertisment -
Who would not be excited to use a smartphone that has a camera module, which flips towards the user when they wish to click selfies? A few years back, this may have sounded like a phone from a futuristic film. But today, Samsung has...Samsung Galaxy A80 review: The future is here