Samsung Galaxy F62 review: What an all-rounder looks like

Do you want a smartphone with a 7,000mAh battery? 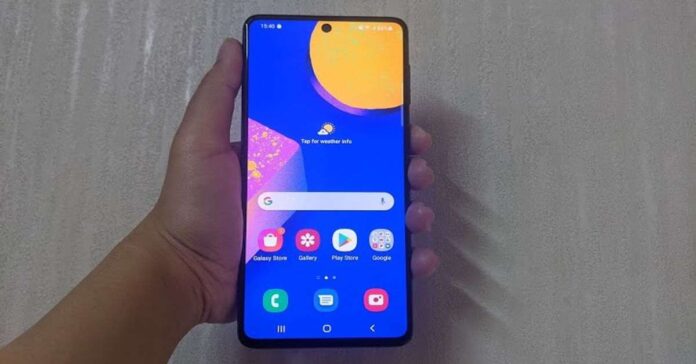 Samsung recently launched its Galaxy F62 smartphone in India at a starting price of Rs 23,999. The smartphone has an impressive set of specifications including a 7,000mAh battery, a 64MP primary camera, and an AMOLED display. Is Samsung Galaxy F62 a good buy for you? Read the rest of our review to find out:

Let’s begin by talking about the look and feel of Samsung Galaxy F62. The smartphone is really good to look at and its design really stands out. The handset is available in Laser Blue, Laser Green, and Laser Black colour options and the one that we got for review was dressed in Black. The Black colour on the back panel transitions to Silver towards the bottom. There are thin stripes that run along the rear panel of the device, that also houses the quad camera setup, the LED flash and the Samsung branding. The frame and the back of the smartphone are made of plastic and have a glossy finish. 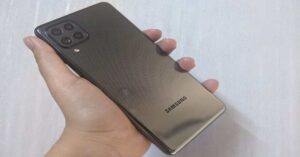 The right edge of Samsung Galaxy F62 has the Power and the Volume Rocker keys while the left edge has the SIM tray. The 3.5mm headphone jack, the Type-C port, the microphone and the speaker grille are at the bottom, while the secondary microphone is at the top.

Flip over, and you will see the 6.7-inch screen of the smartphone. The handset has a full-HD+ Super AMOLED Plus display that comes with a refresh rate of 60Hz. There is a selfie camera placed in a hole-punch cutout on the top middle part of the screen, right below the earpiece. It is worth pointing out that the device lacks an onscreen fingerprint scanner. 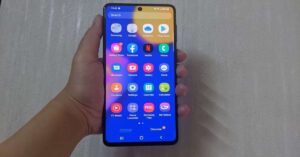 Coming back to the display of the smartphone, it can easily be called one of its best aspects. The images displayed were sharp and clear and the colours were vibrant. The brightness of the screen adjusted automatically according to the ambient lightning and the viewing angles were good too. The sunlight readability could be better. We spent a lot of time binge watching shows on Netflix using Samsung Galaxy F62 and the experience was really good, especially because the sound quality of the device matched the display quality.

Before we speak about the performance of Samsung Galaxy F62, let’s quickly talk about its specifications. The handset is powered by an Exynos 9825 processor clubbed with 6GB/8GB RAM. The smartphone has 128GB of onboard storage and runs Android 11 skinned with One UI 3.1. The device boasts of a 7,000mAh battery and for imaging duties, there is a 64MP primary camera, a 5MP macro lens, a 12MP ultra-wide sensor, and a 5MP depth sensor. There is also a 32MP front camera for selfies and video calls. 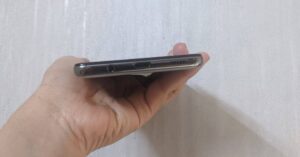 The user interface of the smartphone is clean and you do have an option of selecting the additional apps you want installed on your device at the time of setup. However, even then, there were some besides the usual suite of Google apps and Samsung apps, like Facebook and Netflix, which were pre-installed. We did not get too many notifications while using the device, although there were some from the Galaxy Store. The handset has a number of nifty gestures that you can find in the Settings section, which you may find useful. 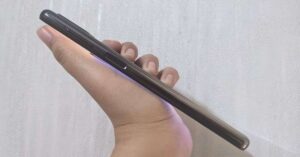 Coming to the performance of Samsung Galaxy F62, in most cases, it was smooth. Performing day-to-day tasks was a cakewalk for the device, and it did well even when it came to multi-tasking. We opened a number of apps and switched between them, and we did not face any lag in the performance. We even played several graphic-heavy games on the smartphone including Asphalt 9: Legends. While we didn’t experience any lag in gaming as well, the device did start warming up after like 10 minutes of play. You would find more gaming options in the One UI Game Launcher and if you want to block out notifications, you can switch to the Priority Mode.

The real highlight of the handset is its 7,000mAh battery. Even with heavy usage, involving social media apps, gaming, watching shows on Netflix and more, the battery of Samsung Galaxy F62 easily lasted two complete days. With moderate usage, you can use it for even longer. We found this to be extremely impressive. Since the battery capacity of the device is massive, you should know that it takes almost two hours to charge it using the 25W charger that’s there in the box.

Now, let’s talk about the cameras of the smartphone. As we mentioned earlier, Samsung Galaxy F62 comes with a quad rear camera setup that comprises of a 64MP primary lens, a 12MP ultra-wide lens, a 5MP depth sensor and a 5MP macro sensor. On the front panel, there is a 32MP camera for selfies.

The primary as well as the ultra-wide cameras of the smartphone clicked some great shots in well-lit areas, especially outdoors. The images had very good details and were sharp and clear. The colour reproduction was apt too.

However, a few shots taken from the ultra-wide sensor do have some distortion. In lowly-lit areas or at night, the two cameras showed good results with the Night Mode on, and we highly recommend turning it on.

The macro camera’s performance was slightly inconsistent. While it did a good job during the day, in lowly-lit areas, the shots taken with it were just average. The Portrait Mode on the handset worked well too and you do get some filters for customization.

The front camera did a fairly good job when we used it outdoors. We also managed to click some decent selfies indoors in well-lit conditions.

At a price of Rs 23,999, Samsung Galaxy F62 has several features that make it a good investment. The smartphone’s design stands out and watching content on its display is a treat to the eyes. The battery life of the device is outstanding and its biggest pro. The performance is smooth too. The notifications on the device may be annoying to some and the lack of onscreen fingerprint scanner is not a deal breaker but would have a been a great addition. The cameras mostly did a good job, although their performance could be more consistent. Despite these minor hiccups, Samsung Galaxy F62 is smartphone you won’t regret buying. Go for it.

- Advertisment -
Samsung recently launched its Galaxy F62 smartphone in India at a starting price of Rs 23,999. The smartphone has an impressive set of specifications including a 7,000mAh battery, a 64MP primary camera, and an AMOLED display. Is Samsung Galaxy F62 a good buy for...Samsung Galaxy F62 review: What an all-rounder looks like