Samsung Galaxy M10 review: Can give its competition a run for their money 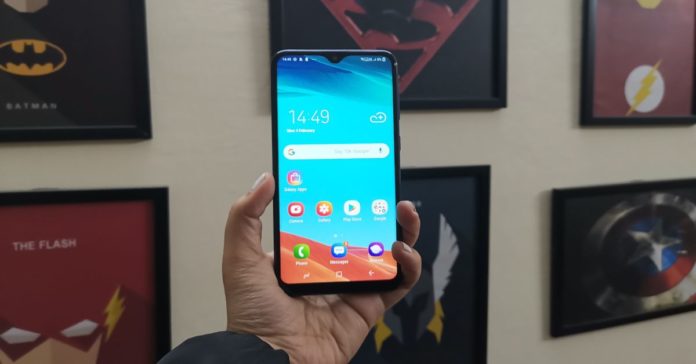 Samsung has just launched its Galaxy M20 and Galaxy M10 smartphones in an attempt to take its crown back from Xiaomi. The younger sibling – Samsung Galaxy M10 – starts at Rs 7,990 and is among the most affordable smartphones right now with decent specs. We spent a few days with the device to know whether the price is the only highlight that it has, or it has some other features worth talking about too. Read the rest of our review to find out:

Let’s begin by talking about the design of the Samsung Galaxy M10. The key highlight of the smartphone is its display that comes with a waterdrop-shaped notch on the top to house the front camera. This is the first smartphone by Samsung that comes with this type of design. And right above it, the earpiece of the device is placed. Thin bezels outline the entire screen of the Samsung Galaxy M10. Only the chin is slightly broader than the rest of the bezels, but we have to say, the Infinity-V display looks really appealing.

The rest of the body of Samsung Galaxy M10 is made of plastic, but in no way does it make the smartphone’s quality look bad. The curved edges and corners of the handset make one-handed usage very easy and the smartphone’s compact design just helps further. On flipping over, you will see the plastic back panel of the Samsung Galaxy M10 that houses the dual rear cameras, LED flash and Samsung branding. It is worth noticing that the speaker grille of the smartphone is also placed on its back panel. The audio doesn’t sound clear when the phone is lying on its back because of the speaker grille being placed on the rear panel. This problem is not there in its elder sibling the M20 since its speaker lies next to the charging port at the bottom. 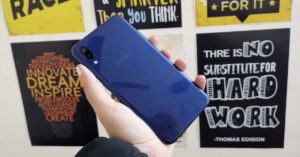 The plastic body of the Samsung Galaxy M10 also means that it is prone to getting smudges and fingerprints, however, it wasn’t too noticeable an issue for us. The right edge of the device has the power and volume rocker buttons sandwiched on it and the left edge has the SIM tray. The bottom edge has the microUSB port, the 3.5mm headphone jack and the microphone and the top edge only has the secondary microphone placed on it.

Another thing we should mention is that Samsung Galaxy M10 does not have a fingerprint scanner and it only comes with a Face Unlock feature. However, considering that its face unlock works very accurately – even in the dark – we didn’t miss the fingerprint sensor at all.

To conclude, we would say that Samsung Galaxy M10 has a simple, minimalistic design, yet is good to look at. Maybe it’s not for someone who likes their smartphone to have a flashy look, but we personally found it appealing to look at especially considering the price range.

Coming to the 6.22-inch HD+ TFT display of the smartphone, it is another aspect of the Samsung Galaxy M10 we liked. The images projected were reasonably sharp and the colours were accurate. They remained consistent when we viewed them from different viewing angles. For the price point, watching YouTube videos and playing games on Samsung Galaxy M10 wasn’t a bad experience, but don’t expect too much from it either. The sunlight readability of the device could definitely be better than what it is. The smartphone does give the option of turning on the Bluelight Filter for the display, but the tones became too warm for our taste when we enabled it. 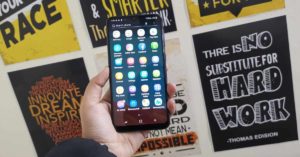 To sum it up, we would say that there are more positive points about Samsung Galaxy M10’s display than the far and few adverse ones. And whatever the downsides are, they didn’t create too much trouble for the user, so one can easily live with them.

Coming to the specifications, Samsung Galaxy M10 is powered by an octa-core Exynos 7870 SoC processor coupled with up to 3GB of RAM and 32GB of internal storage. The smartphone houses a 3,400mAh battery and comes with 5W charger in the box. The device runs Android 8.1 Oreo skinned with Samsung Experience 9.5 UI.

Samsung Galaxy M10 comes with some pre-installed apps like the company’s native apps, some apps from Microsoft and Daily Hunt. We should mention that not all of these can be uninstalled, which is some might not like. You can use two versions of popular apps like WhatsApp on the smartphone as it comes with a dual-messenger feature. Another very interesting feature is the lock-screen Stories, which shows you different photos when the device’s screen is locked. 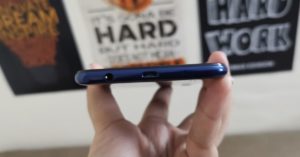 Speaking of Samsung Galaxy M10’s performance, it mostly worked well when used for day to day tasks. The apps launched quickly and it was easy to toggle between multiple apps. Even when we used the device for simultaneous tasks at a time, it could take it. And considering the price point of the device, it is definitely a plus.

For instance, we often used the device for gaming and navigation simultaneously while we were on our way to work. And in spite of being used for both, it did not show any lag and didn’t heat up, too. For gaming duties, this smartphone could have definitely could do better. Games like Alto: Odysee ran well, however graphical hungry game like Asphalt 9, did show signs of stress at times. Nevertheless, we enjoyed most of it thanks to its superb screen.

The battery of the device was among its best features. With usage that involved clicking photos, watching YouTube videos, playing games and some rather long phone calls, it lasted more than a day. We didn’t have to charge it again till the next afternoon, which is very impressive. 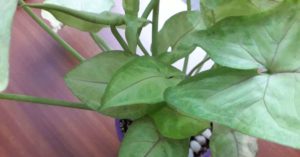 Coming to Samsung Galaxy M10’s cameras, they left us with a bag of mixed feelings. The 13MP primary sensor works reasonably well, but you shouldn’t expect anything too great from it. The photos are decent with accurate colours, but at times they appeared too sharp. The shots that we actually liked were the ones in which the Live Focus mode was on. If you try to zoom in and click a picture, it may turn out to be too grainy. We managed to take some interesting shots with the 5MP wide-angle lens, but they too seemed too sharp at times. 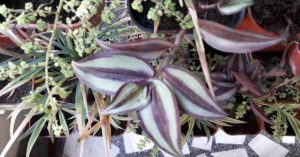 We should also mention that the images taken in lowly lit areas lacked some clarity. The front camera of the device worked well most of the times and managed to spew some decent selfies in well-lit conditions. In dimly lit conditions, the selfies became a bit grainy.

Before we conclude, we’ll mention what this smartphone scored on the benchmarks. While Samsung Galaxy M10 scored 64,422 in Antutu, it got 725 and 3,653 in single and multi-core scores of Geekbench 4.

Samsung Galaxy M10’s starting price is Rs 7,990. And at this price, it is definitely a very good buy. The smartphone has an elegant design, a very powerful battery which easily lasts more than a day, an accurate face unlock feature and a reasonably good display. For most day to day tasks, it works well. The cameras and the gaming experience could have been better, but then, we have repeatedly said that at this price point, we can’t expect the device to be great in all departments and it’s not fair to expect too much from it. If your usage is too heavy, you may want to expand your budget a bit and go for its bigger sibling the Samsung Galaxy M20, but if you are a moderate user looking to buy a budget smartphone with good battery life and great touchscreen, Samsung Galaxy M10 is a very good option to consider.

- Advertisment -
Samsung has just launched its Galaxy M20 and Galaxy M10 smartphones in an attempt to take its crown back from Xiaomi. The younger sibling – Samsung Galaxy M10 – starts at Rs 7,990 and is among the most affordable smartphones right now with decent...Samsung Galaxy M10 review: Can give its competition a run for their money