Should you pick the Samsung Galaxy M30s over other smartphones in the budget range? Find out... 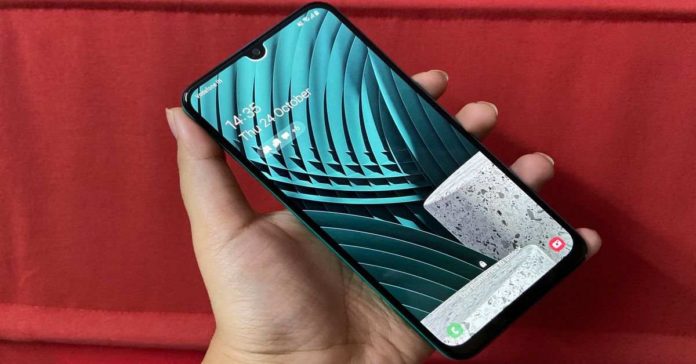 Samsung recently expanded its M series with the launch of Galaxy M30s smartphone. The biggest highlight of the Samsung Galaxy M30s handset is its 6,000mAh battery. The device is specification-rich and it comes with a 6.4-inch Infinity U display, Android 9.0 Pie, and a triple rear camera setup. We spent a few days with the smartphone to know how good it is to use. Read the rest of our review of Samsung Galaxy M30s to find out more:

We found the look and feel of the Samsung Galaxy M30s to be quite pleasing. It is similar to what other devices in Samsung‘s M series range look like, but even then, we did like its design. The gradient back panel of the smartphone has a glossy finish and it houses a triple rear camera setup, a fingerprint scanner and has the Samsung branding on it. Samsung Galaxy M30s smartphone is available in three colours: Opal Black, Pearl White and Sapphire Blue. The device that we got for review was dressed in Sapphire Blue. The shade of Blue on the back panel of the handset goes from dark to light horizontally. While it is the darkest at left, it is the lightest at right. 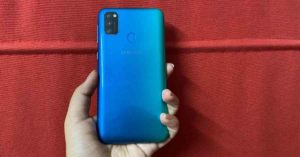 The camera module on the back panel of the handset has three camera lenses along with LED flash. The right edge of the smartphone has the power and volume rocker keys sandwiched on it while the left one has the SIM tray. The Type C port, 3.5mm headphone jack and speaker grille is placed at the bottom while the top edge has the secondary microphone.

On flipping over, you will see the 6.4-inch full-HD+ AMOLED display of the smartphone that has a dewdrop notch on its top. Samsung calls this kind of screen as ‘Infinity-U’ display. While the bezels that outline the screen of the device are thin, the chin is thicker than the other three. We should mention that the size of the earpiece of Samsung Galaxy M30s is slightly smaller than the ones we have seen on other handsets from the company. However, in spite of this, we did not face any problem while making audio calls with the handset.

Coming to the display of the Samsung Galaxy M30s, it is one of its plus points. The screen projects vivid colours and the images appear very clear on it. The colours remain consistent at different viewing angles and if you are someone who prefers to see colours with more contrast, you would be happy to know that there is an option of choosing the ‘Vivid’ mode on the device. However, for us, the colours in the default mode were good enough. We watched a lot of content on YouTube during our time with the device and our experience was a good one. Even high resolution videos played well on the smartphone. It is also worth mentioning that the display of the smartphone has Widevine L1 certification, so it can play HD content on apps like Netflix, Hotstar and others, and this is obviously a plus. To top it all, we did not have any issue when we tried to use the smartphone under direct sunlight and we consider this to be a big plus in any smartphone. 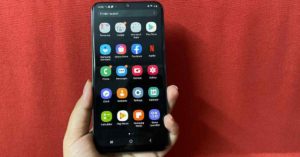 To sum it up, we would say that we liked the design and display of Samsung Galaxy M30s. While the look of the smartphone was slightly similar to the ones already available in Samsung’s Galaxy M range, its gradient back panel is something that we found to be extremely pleasant looking. The display is another plus and it was always a good experience to watch videos on it.

First, let’s talk about the specifications of Samsung Galaxy M30s. The smartphone runs Android 9.0 Pie skinned with the company’s own One UI. Powered by Exynos 9611 SoC, the device comes with 6GB of RAM and has 128GB of internal storage. Users can also add a microSD card of up to 512GB in case they feel the need of more storage. Samsung Galaxy M30s houses a 6,000mAh battery and sports a triple rear camera module that comprises of a 48MP primary sensor, a 5MP depth sensing lens and an 8MP super wide-angle sensor.

As said, Samsung Galaxy M30s runs Android 9.0 Pie skinned with One UI 1.5. The software of the device has some notable features like Digital Wellbeing and the Wind Down mode, both of which are aimed to help users disconnect from the digital world. While these count as the pros of the smartphone’s software, we should mention that the downsides include too many notifications and bloatware. There were a number of apps installed on the handset including Likee, Daily Hunt, Helo, Netflix, Amazon, Amazon Prime, Snapchat, Facebook and Booking.com. Some of these apps really spammed us with too many notifications. However, on the upside, all of these can be uninstalled. 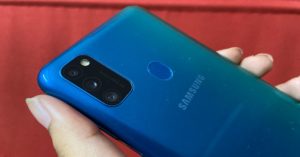 Coming to the performance of the device, we were happy with it at most times. Multi-tasking was not at all an issue for the Exynos 9611 chipset of the smartphone. We often used the device for a number of tasks at once and we faced no lag in the handset’s performance. Even when we were using the smartphone for navigation and gaming together, its performance remained consistent and it didn’t even heat up. Speaking of gaming, the experience on Samsung Galaxy M30s was a decent one, however, a few things could have been better. With games like Alto’s Odessey, we confronted no issue at all. However, when we tried playing Asphalt 9: Legends, the performance was not as flawless. To begin with, there were occasional stutters. Besides this, we noticed that the battery of the smartphone started falling a lot faster than it did otherwise. 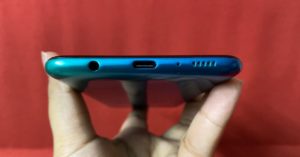 Speaking of the battery of the smartphone, the 6,000mAh cell completely lived up to our expectations. There were times when we even used the device for a complete two days before charging it again. It is worth mentioning that our usage involved browsing social media platforms, clicking images, gaming and watching YouTube videos. Since the battery capacity of the smartphone is bigger than that of most other handsets, it also takes longer to charge. You would easily need around two hours to charge the device completely.

The fingerprint sensor of the device was decent and worked most of the times. However, we preferred the facial unlock of the smartphone as it was much quicker and worked even in dimly-lit conditions.

Now, let’s talk about the cameras of the smartphone. The Samsung Galaxy M30s smartphone comes with a a triple rear camera setup on its back panel that comprises of a 48MP primary lens, an 8MP wide-angle sensor and a 5MP depth-sensor. The default settings of the camera app are such that the 48MP primary camera takes shots that are 12MP in resolution. While the aspect ratio can be changed, we will recommend you to keep it at default settings for the best possible results. The camera app also allows you to switch between the lenses easily using a toggle.

Coming to the performance of the cameras, most images turned out to be decent. While the shots taken in daylight were mostly good, we saw them lose some amount of details when we tried zooming in to take some shots. When we tried using the wide-angle sensor, the area covered in the image did increase, but then, the photo taken wasn’t as good in quality as the ones taken from the primary lens.

Images taken in lowly-lit areas failed to impress us as some of them turned out to be grainy and lacked clarity. You can use the Night mode for relatively better results.

Coming to selfies that we took with the smartphone, the ones taken in well-lit conditions turned out to be good and had a decent amount of details. But then, much like the rear cameras of the smartphone, the selfie camera’s performance dropped in lowly-lit areas.

Last but not the least, the call quality of the device was good in spite of the fact that the earpiece was smaller than other smartphones. We could even make and receive calls in areas with low network receptivity with ease.

Samsung Galaxy M30s is available at a starting price of Rs 13,999. There are a number of aspects of the device that make it a worthy buy at this cost. It has a beautiful design, a vibrant display and a battery that will easily last you two complete days. Mostly, the performance of the smartphone was good too and multi-tasking was not an issue. However, the gaming performance and the cameras could be better. If battery, display and design are what you are looking for, Samsung Galaxy M30s is the handset for you. However, if you are an avid gamer or love photography, there are other devices around the same price range that you can consider by Samsung.