Should Samsung Galaxy M31s be your next buy? 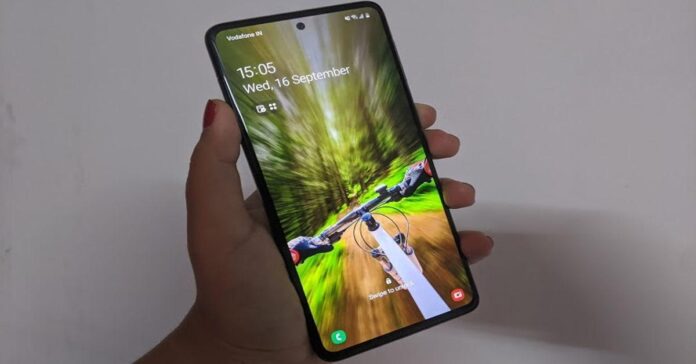 South Korean technology giant Samsung recently launched its Galaxy M31s smartphone in India at a starting price of Rs 19,499. The device comes with an Infinity-O display, houses a humungous 6,000mAh battery and sports a quad-rear camera setup. Samsung Galaxy M31s sounds very good on paper. But is it as good when used in real life? We spent some days with it and here’s what we found out:

Let’s begin by talking about the design of Samsung Galaxy M31s. We have to say that it’s very refreshing to see a phone in the M series that is so different in terms of look and feel. The front panel is dominated by the 6.5-inch Infinity-O screen that comes with a hole-punch camera right in the centre, at the top. Rather thick bezels outline the display of the smartphone, but at this price range, it’s common to see that so we won’t complain. The back panel of the device is made up of what Samsung likes to call it as ‘Glasstic’.

The back panel’s glossy finish does give a premium look to the smartphone, but then, it also catches fingerprint marks very quickly. So we suggest that you keep a micro-fibre cloth with yourself so that you can clean your device from time to time. The back panel of the Samsung Galaxy M31s houses its quad-camera setup and it also has a ‘Samsung’ branding on it. Samsung’s offering is available in Mirage Blue and Mirage Black colour options and we got the latter for review. 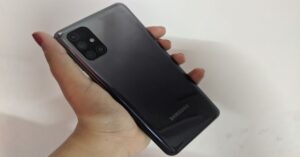 The right edge of the smartphone has the volume rocker keys and power button that also has the fingerprint scanner embedded in it, while the left edge has the SIM tray. The top edge of the device has the secondary microphone and the edge on the bottom has the Type-C charging port, the 3.5mm headphone jack, the speaker grille and microphone.

We should mention that Samsung Galaxy M31s weighs 203g, which is a little heavier than other phones. But then, it is worth pointing out that this extra weight is because of the massive 6,000mAh battery of the device.

To sum it up, we would say that we found Samsung Galaxy M31s to be very premium looking. The glossy material used coupled with the Infinity-O display make the smartphone looks very appealing. 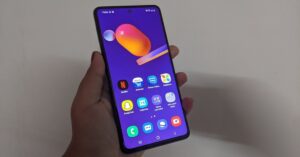 Now, let’s move on to the display of the smartphone. The 6.5-inch display of the handset is one among its best features. While some people may complain that the hole-punch camera on the top can be distracting, we didn’t really face any problem because of it. The images that were projected on the screen were crisp and the colours were bright and vibrant. The colours also remained consistent at different viewing angles. We watched a number of videos on YouTube and Netflix during our time with the device and it was such a good experience that we often spent hours with it.

Before we talk about the performance of the smartphone, let’s shed some light on rest of the specifications of Samsung Galaxy M31s. The handset is powered by the Exynos 9611 SoC and is available in 6GB/8GB RAM options. The onboard storage of the device is 128GB but users do have the option of installing microSD cards of up to 512GB. Samsung Galaxy M31s runs Android 10 skinned with OneUI 2.1 and as we mentioned earlier, it houses a 6,000mAh battery and comes with reverse charging capabilities.

Coming to the customised Android 10 software of the device, the first thing we should mention is that you will find plenty of bloatware on the smartphone. This includes apps like Snapchat, Netflix, Facebook, Amazon Shopping, Prime Video, and more. Also, besides the Google Play Store, there is also a Galaxy Store app on the handset. The customizations also include features like dual apps, Digital Wellbeing and Game launcher which you may find to be useful. 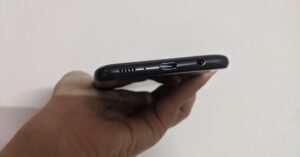 Coming to the performance, even though Samsung Galaxy M31s does not come with the latest processor, the day-to-day tasks were taken care of very easily. We faced no lag when we opened multiple apps on the device and switched through them or even when we multi-tasked. Even the heavier apps did not take too much time to open up.

We even used the smartphone for gaming. Regardless of the games we played, be it lighter ones like Temple Run 2 and Alto’s Odyssey or heavy-graphic ones like Asphalt 9: Legends, the device did a good job as we faced no lag or stutter. Moreover, it didn’t even heat up after a long gaming session. During our time with Samsung Galaxy M31s, we used both the fingerprint scanner as well as the Facial Unlock. While we found the fingerprint sensor to be very quick, the facial recognition could have been better. Although in well-lit conditions there was no problem we encountered with it, but in dimly lit conditions we would suggest you to stick to the fingerprint sensor.

Finally, let’s talk about the 6,000 battery of the smartphone. Even with heavy usage that involved active WhatsApp and Instagram accounts, watching a lot of videos on YouTube and Netflix, listening to music while the device was connected to a Bluetooth speaker and several long phones calls, the device’s battery easily lasts two days. We think that this is very impressive. With the 25W charger that comes with the smartphone, it took a little more than an hour to charge the handset’s battery from 0 to 100%. The phone also comes with reverse charging capabilities so you can use it to charge other smartphones.

Switching gears, let’s talk about the quad-cameras of the smartphone. The cameras left us with a bag of mixed feelings and it certainly wasn’t the best aspect of Samsung Galaxy M31s. The device houses a 64MP primary sensor, a 12MP ultra-wide-angle camera, a 5MP macro lens and a 5MP depth sensor. By default, the 64MP primary sensor will click shots with 16MP resolution, but then, that’s something that you can change in the settings. In well-lit conditions, the primary sensor did a good job and the images taken were clear and the colours were accurate. However, the same cannot be said for images taken in dimly-lit conditions or zoomed-in shots. 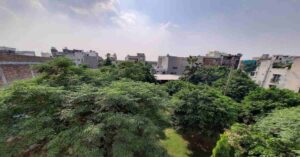 While you can cover a much greater area if you switch to the wide-angle camera of the device, the quality of the images does fall. We noticed some very visible distortion in some of the shots, especially the ones that were taken at night. This is slightly disappointing because even the Night Mode doesn’t fix the problems encountered in dimly-lit conditions. 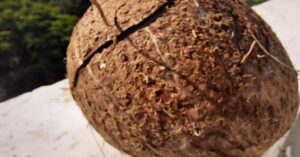 The Camera app comes with an interesting feature called Single Take. With this, users can record a video of 15 seconds and the feature will then offer a variety of results like the a ready-made hyperlapse or boomerang video and pre-applied filters, and of course, the original recording.

The handset also comes with a 32MP selfie camera that by default, clicks images in 8MP or 12MP resolution, depending upon the area that you wish to cover. Similar to the other sensors on the device, the selfie camera only performed well in brightly-lit conditions.

Samsung Galaxy M31s comes with its share of pros and cons. The design, display and the battery are definitely the pros, while the dated processor and the cameras are not. You would be happy buying the smartphone only if your priorities are the first three and you don’t care too much about the camera. While the dated processor of the smartphone doesn’t mean that its performance was not up to the mark in any way, you can get Samsung Galaxy M31 with the same SoC for a lesser cost.