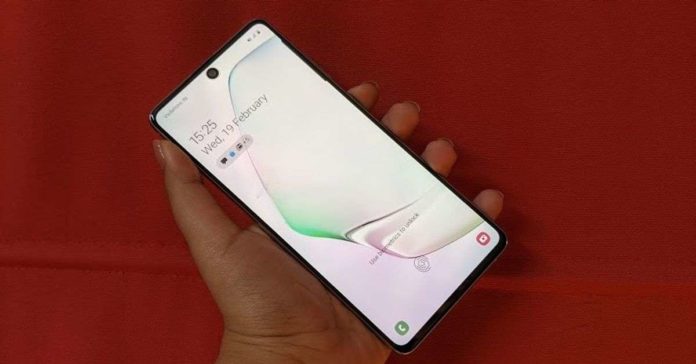 South Korean technology giant Samsung recently launched its Galaxy Note 10 Lite smartphone in India. Priced at Rs 38,999, Samsung Galaxy Note 10 Lite has a beautiful design, comes with 4,500mAh battery and houses a triple rear camera setup. Everything about it is premium. We spent a few days with the smartphone and here’s what we think of it:

Let’s begin by talking about the design of Samsung Galaxy Note 10 Lite. The smartphone is an absolute stunner when it comes to look and feel. One evident difference between Samsung Galaxy Note 10 Lite and other handsets in Note series is that it comes with a flat display. Some people may not like this over displays with curved edges as they offer more surface area. In fact, even the bezels that outline the screen of the smartphone are not exactly every thin and the chin is thicker than the rest of the three.

The device comes with an Infinity-O display, which basically means that the selfie camera of the handset is housed right in the centre of the top of the screen. Right above the selfie camera of the smartphone, there is a very thin slit which houses the earpiece. The edges of the smartphone are metallic. The right one has the power and the volume rocker buttons sandwiched on it, while the left one has the SIM tray. The top has the secondary microphone and the edge on the bottom has the Type-C port, 3.5mm headphone jack and the speaker grille. 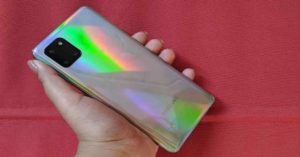 Flip over and you will see the back panel of the Samsung Galaxy Note 10 Lite smartphone. The handset’s rear panel is made of Glasstic, a combination of Glass and Plastic. The smartphone is available in Aura Black, Aura Red and Aura Glow colours and we got the latter for our review. The device is shiny and glossy looking and whenever light falls on it, one can see all the colours of rainbow on the back. On top left of the handset’s back is the camera module that houses three sensors and an LED flash. Besides this, the rear panel also has the Samsung branding.

One thing that we should mention is that Samsung Galaxy Note 10 Lite does not have IP68 rating, which basically means that it is not dust or water-proof. Since it is a Note series device, Galaxy Note 10 Lite comes with the S Pen, which can slide in a slot on the bottom edge of the smartphone.

To conclude, we would say that the handset looks very premium and stylish. Other than the lack of IP68 rating, there is no other thing about it that can be counted as a downer. 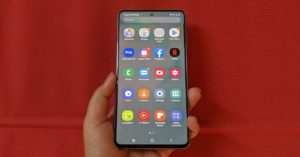 Coming to the 6.7-inch Full HD+ Super AMOLED display of Samsung Galaxy Note 10 Lite, the screen has an aspect ratio of 20:9 and is certified for HDR playback. An optical fingerprint sensor is also embedded under the screen. The display is definitely one of the best aspects of the smartphone. The colours are vibrant and accurate and they remain consistent at different viewing angles. The brightness of the display was also apt and once the Adaptive brightness feature was enabled, the level of light getting emitted keeps on changing according to the lighting in the surroundings of the handset. We watched a number of videos on the device and it was an absolute visual treat. The images projected on the screen were sharp and crisp at all times. The sunlight readability of the handset was good too.

In a nutshell, as we said before, the screen of the Samsung Galaxy Note 10 Lite is definitely one of its best aspects.

Before we start talking about the performance of Samsung Galaxy Note 10 Lite, we’ll quickly talk about the rest of its specifications. The smartphone is powered by 2.7GHz Exynos 9810 processor and comes with up to 8GB RAM and 128GB of internal storage. The handset can hold microSD cards of up to 1TB. Samsung Galaxy Note 10 Lite has support for Samsung Knox, which is the company’s defence-grade security platform that is supposed to protect the user’s data.

For imaging duties, the smartphone features triple rear cameras including a Dual Pixel OIS 12MP, a 12MP ultrawide angle sensor with 123-degree field of view and a 12MP telephoto sensor. To click selfies and record video calls, there is a 32MP front-facing snapper. Samsung Galaxy Note 10 Lite houses a 4,500mAh battery that has support for super-fast charging. 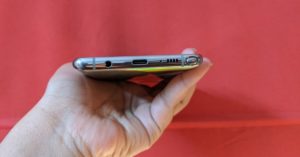 The S Pen also has support for some AI-based functions like AR Doodle and Live Message. One can even use the S Pen to write various things down and then, the handwriting instantly gets converted into text. One can also have text translated in real time using the S Pen without having to use Google Translate. You can also click pictures using the S Pen. Besides these, there are many more functions that can be performed.

Samsung Galaxy Note 10 Lite runs Android 10 with the company’s One UI 2 skinned on top. One can expect to find the usual features as well as enhanced focus on security that Android 10 gets. One good thing that we liked about the phone’s UI is system-wide dark mode.

Speaking of the performance of Samsung Galaxy Note 10 Lite, performing most day to day tasks was a cakewalk for it. We used multiple apps on the device together, and it showed no signs of stress even once.

Even gaming was a good experience on the smartphone. We played multiple games on it starting from Alto’s Odyssey to Asphalt 9: Legends and it did a good job with all of them. Even the graphic-hungry games ran smoothly on the handset.

He face-unlock of the smartphone worked even in dimly-lit conditions and the fingerprint sensor also did a good job at most times.

The call quality of the smartphone remained consistently good regardless of the kind of area we used it in. We even used the handset in areas like basements and even then, there was no problem in the call quality.

Finally, let’s talk about the cameras of Samsung Galaxy Note 10 Lite. The 12MP primary camera comes with an f/1.7 aperture and it performed very well in well-lit as well as dimly-lit conditions.

The images were sharp and clear and the colours were accurate. We took some beautiful and very clear quality shots during the day. Even during the evening, the quality of images did not go down. However, the same cannot be said about pictures that were taken in darkness. They did have some noise and distortion. Unfortunately, this does not get better with Night Mode. 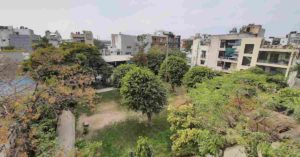 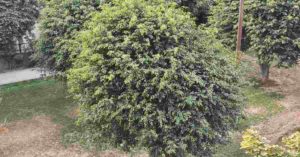 The 12MP telephoto sensor of the smartphone also clicks good images and manages to get a lot more area in the frame. However, the quality of images is not at par with the ones taken from the primary camera. The performance of the ultra-wide lens was also very similar to that of telephoto sensor in terms of image quality. It also struggles to click good images in dark areas. 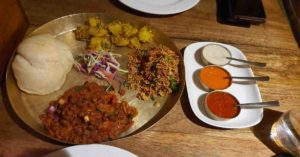 Coming to selfies, the 32MP front facing snapper does a fair job (most of the times). There were instances when our skin in selfies looked unnaturally smooth, however, that can also be adjusted in the camera app.

Most things about the Samsung Galaxy Note 10 Lite can be counted as pros. Be it the beautiful and premium design, the lasting battery, the smooth performance or the vibrant display. However, in spite of being priced at Rs 38,999, the smartphone lacks an IP certification. Cameras were good, but we were still hungry for superior results. As since we have used the Galaxy Note 10+ and the ones on it were fantabulous. All in all, Samsung Galaxy Note 10 Lite is definitely a good buy at this price point.