Should you buy the Samsung Galaxy S20 FE? Or is another offering at a similar price better for you? 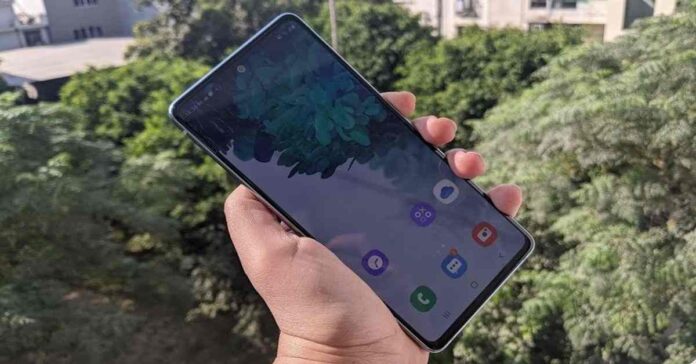 Samsung Galaxy S20 FE or ‘Fan Edition’ was launched in India a few weeks ago at a starting price of Rs 49,999. It comes with several premium features that we saw in Galaxy S20 and Galaxy S20+ as well, and those were the reasons plenty of fans were really excited about. But what is the smartphone actually like when used? Also, should you buy it? Find out in our review of Samsung Galaxy S20 FE:

To begin with, we would say Samsung has kept the design of its Galaxy S20 FE smartphone like the Galaxy S20 and Galaxy S20+. There is a striking resemblance, which makes it obvious that the three belong to the same family. The premium looking Samsung Galaxy S20 FE is dominated by a 6.5-inch screen on its front panel, but unlike the other two devices in the series, the display does not have curved edges.

The frame that outlines the screen is metallic and the back panel of the handset is made up of polycarbonate that has matte texture. One of the good things about the design of the device is that it does not catch fingerprint smudges easily. So you don’t have to worry about carrying a micro-fibre cloth with yourself at all times. Samsung has launched the smartphone in five colour options including Cloud Red, Cloud Navy, Cloud Mint, Cloud Lavender and Cloud White. So, you have plenty of colour choices if you are planning to buy the Samsung Galaxy S20 FE. 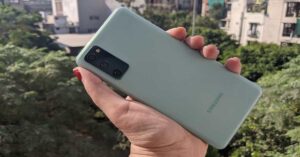 The back panel of the smartphone houses the camera setup and the Samsung branding, too. On flipping over, you will see that the screen of the device has a selfie camera right in centre of the top and an in-display fingerprint sensor towards the bottom. The edges that outline the screen are very thin, which just add on to the good looks of the handset.

The right edge of the smartphone has the Bixby and the Volume rocker keys. We should mention that what looks like the Power button is actually the Bixby button and you have to hold that and the lower volume rocker key to power off the smartphone. The SIM tray and the secondary microphone are on the top, while the bottom edge has the microphone, Type-C port, and the speaker grille. Samsung Galaxy S20 FE has IP68 rating, which makes it resistant to water and dust.

Coming to the 6.5-inch Super AMOLED display of the smartphone, it is one of the best aspects of the device. It comes with a refresh rate of 120Hz, which we think is a big plus. The images showcased on the display were very crisp and the colours were accurate and vibrant. The colours remain consistent at different viewing angles too. We watched Netflix shows on the device for hours and played games too, and it all appeared beautifully on the screen. There is Always-On mode available as well, but it must be enabled by the users. 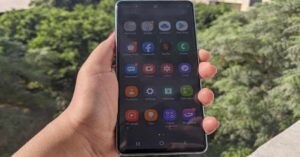 In a nutshell, we would say that the design and the display of Samsung Galaxy S20 FE are definitely among its top features. The smartphone is stunning to look at and the display is an absolute delight to use.

Before we begin talking about the performance and the cameras of Samsung Galaxy S20 FE, we will take a minute to tell you the rest of its specifications. The new offering by Samsung is powered by the 2.73GHz octa-core Exynos 990 processor and it comes with 8GB of RAM. We were hoping to see the Qualcomm Snapdragon 865 here, but sadly this smartphone has not got it. The handset is available in two storage options – 128GB and 256GB, and for more storage, users can install a microSD card of up to 1TB. It houses a 4,500mAh battery and comes with support for wireless charging. Samsung ships a 15W charger along with the smartphone. 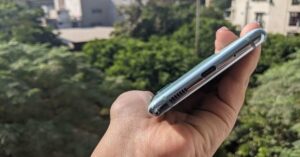 Samsung Galaxy S20 FE runs Android 10 with company’s own One UI 2.5 baked on top. There are a number of features that you will find on the handset including integration with Windows 10, gestures for shortcuts, Gaming mode that comes with some optimization options, screen recorder, etc. However, there are some pre-loaded apps on the smartphone that you may consider uninstalling.

Coming to the performance of Samsung Galaxy S20 FE, there was obviously no lag in basic day to day tasks. As expected, the device excelled in such tasks and even when we tried to multi-task on the handset, we did not face any problem whatsoever. However, there were two things that we did find a little problematic. Firstly, the biometric lock on the smartphone has not very quick. Hopefully, Samsung will fix this with an update. And secondly, the handset started heating up after being used for a heavy-duty task for some time. 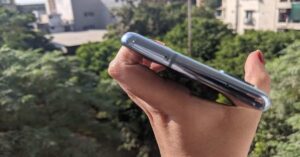 For instance, once we used it to record a rather long video, but the device heated up so much that we had to stop after 15 minutes. This problem occurred even when we used the smartphone for gaming. Even though the graphics quality is amazing, and the high refresh rate of Samsung Galaxy S20 FE did help, the heating issue remained consistent. When we played Asphalt 9: Legends on the handset, it started heating up in less than 10 minutes. Because of this, we had to close the game very soon.

Moving on, for a massive battery of 4,500mAh, the juice always ran out rather quickly. Usually, we get at least one and a half days of battery with even a 4,000mAh cell. But that wasn’t the case with Samsung Galaxy S20 FE, as somehow, its battery always ran out by the end of the day. We aren’t calling this bad, but only relatively not as great as other devices with the same kind of battery.

Now, let’s talk about the cameras of Samsung Galaxy S20 FE. The device sports a 12MP primary camera with support for OIS, a 12MP ultra-wide sensor, and an 8MP 3X optical telephoto lens. For selfies and video calls, there is a 32MP sensor on the handset’s display.

There are several interesting features and modes in the camera app of the smartphone, so if you like experimenting with your snaps, you will find a lot of options. We clicked a lot of photos using Samsung Galaxy S20 FE. The colours of the images taken with the primary camera were vibrant, and the images turned out to be very sharp. The quality of the pictures taken was very good and the lens managed to retain the details. We were very happy with the results that we got from it.

The ultra-wide angle lens of the smartphone does change a few things, but overall, we would not call its performance unpleasant. The quality of the image and the colours did fall slightly, but then, it was better than most other wide-angle sensors we have used in the same bracket. The inconsistency is unavoidably present, but it wasn’t really too much. The 3X telephoto sensor did a great job. It captured some very minute details and the quality of the images remained good when we used it.

The only real problem was night photography. The shots taken in lowly lit areas were slightly grainy, but using the Night Mode did help a bit.

Coming to the selfie camera of the smartphone, we were mostly happy with the images that we took using it. The colours and the quality of the images taken were great most of the times. It is worth mentioning that the shots taken in lowly-lit areas using the selfie camera were much better than any of the cameras at the back.

Samsung Galaxy S20 FE is available at a starting price of Rs 49,999, and it comes with its own share of pros and cons. The design of the smartphone is beautiful, the display is excellent to use and the cameras work well too. These are definitely the pros. However, the average battery life and heating issue are certainly the cons. The performance of the biometric unlocks needs to be fixed too. If these are issues that are deal-breakers to you, then you can consider Samsung Galaxy S20+, which recently got a heavy price cut.