Eyeing to buy the latest Samsung flagship smartphone? Here's all you need to know about it. 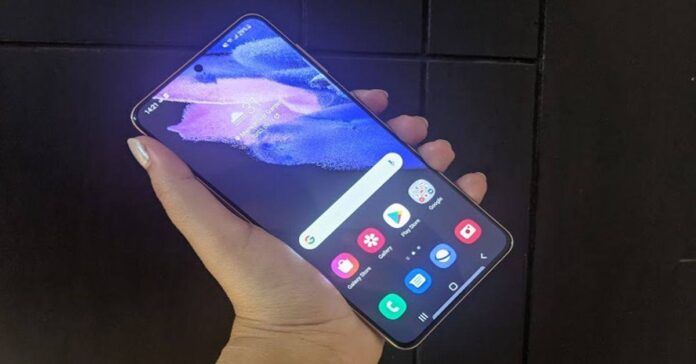 Samsung recently launched its three flagship smartphones including Galaxy S21, Galaxy S21+ and Galaxy S21 Ultra in India. We have been completely smitten by the smartphones ever since they were first unveiled, and we were very intrigued to review them. Samsung Galaxy S21+ is available in India in two storage variants priced that at Rs 81,999 and Rs 84,999 and it comes with some top-of-the-line specifications. We got to spend an entire week with the smartphone, and read the rest of our Samsung Galaxy S21+ review to know what we think of it:

The design of the Samsung Galaxy S21+ is really stunning. The device has a layer of Corning Gorilla Glass Victus on its front as well as back panel and it feels really solid to hold. The smartphone looks very premium and is available in a number of colour options including Phantom Violet, Phantom Silver, and Phantom Black. The unit that we got for review was Violet in colour. The back panel of Samsung Galaxy S21+ has a camera module that is rose gold in colour and houses the three lenses of the device. The LED flash of the handset is placed right next to it and the Samsung branding can be found towards the bottom of the back panel. 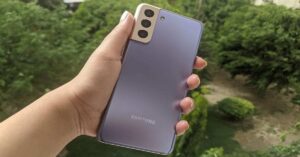 The same rose gold coloured metallic frame outlines the device on all its four edges. While the right edge houses the Power and Volume Rocker buttons, the bottom edge has the SIM tray, Type-C port, the microphone and the speaker grille.  We should mention that in spite of the fact that the device is so upscale, the back panel of the smartphone is made of polycarbonate.

The front panel of the smartphone is dominated by its 6.7-inch display that has a selfie camera housed in a cut-out hole right below the speaker. Single handed usage on the device was simple in spite of its big form factor. Samsung Galaxy S21+ packs a 4,800mAh battery and weighs 200 grams. The smartphone also comes with IP68 rating, which basically means that it has water and dust resistance. It is worth noting that the device comes without a charger in the box and headphones are not included either. There is, however, a Type-C cable, but you would need a Type-C charger if you wish to use it. 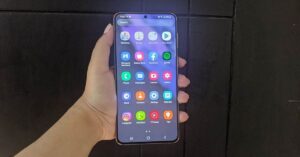 Coming to the display, Samsung Galaxy S21+ sports a 6.7-inch Flat full-HD+ Dynamic AMOLED 2X Infinity-O display that comes with an adaptive refresh rate of 120Hz and an aspect ratio of 20:9. The screen of the device also has HDR10+ certification and the company’s Eye Comfort Shield. The display is easily one among the best aspects of the smartphone. We spent hours binge watching shows on Netflix and the experience was amazing because of the great quality of images projected on the screen. It was very sharp and clear and the colours were vibrant and they stayed consistent at different viewing angles. There is also an on-screen fingerprint sensor on the front panel of the device, which worked well for us during out time with the smartphone.

Before we talk about the performance of the smartphone, let’s throw light on the rest of specifications of Samsung Galaxy S21+. The smartphone is powered by the company’s own Exynos 2100 5G SoC clubbed with 8GB of RAM. The handset is available in 128GB and 256GB storage options, and it does not come with a microSD card slot. The device runs Android 11 skinned with the company’s own One UI 3.0. The user-interface of the smartphone was easy to use in spite of being customised. There are some pre-installed apps on the handset including Netflix and Facebook. Besides this, there is the usual suite of apps from Google and Microsoft. Samsung’s own apps like My Galaxy and Galaxy Shop were there too and they at times sent notifications about certain offers. 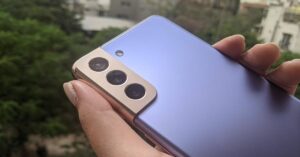 As expected, Samsung Galaxy S21+ was flawless in terms of performance. We did a lot of multi-tasking on the device and faced no hiccups at all. We could open and switch between apps without any delay. We used the smartphone for more than a week, and we didn’t encounter any troubles with any task ranging from phone calls to navigation. We also played a number of games on the handset ranging from Alto’s Odyssey to graphic-hungry ones like Asphalt 9: Legends. Regardless of the game that we played, we didn’t notice any lag or stutter on the smartphone. Coming to the battery life, with usage involving games, browsing social media apps, phone calls, and an active Telegram account, the device easily lasted more than a day, which is pretty good. 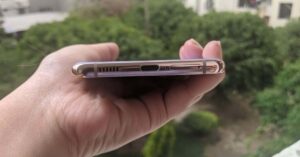 Finally, let’s talk about the cameras of the smartphone. Samsung Galaxy S21+ comes with triple rear cameras including a 64MP telephoto lens and two 12MP wide angle and ultra wide angle lenses. For selfies and video calls, there is a 10MP camera on the front panel. The cameras of Samsung Galaxy S21+ were very impressive. The shots taken by the primary camera turned out to be excellent. The colours, the lights, everything was impeccable. The best thing about it was that the performance of the camera remained fairly good in dim-lit areas too. 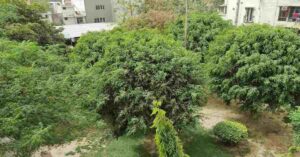 The zoom levels of the lens are 3X, 4X, 10X, 20X, and 30X. Images taken till 4X were very sharp and clear, but then, with each additional zoom-in, the quality did get compromised a bit. The image quality of the other two lenses was not as good as that of the 64MP camera, but then, it can’t really be called bad or even average for that matter. 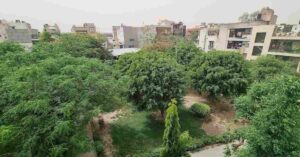 While we did see slight distortion in some of the pictures taken by the two cameras, most people wouldn’t even notice until they view them on a laptop. Another plus was the fact that all the sensors on the device did not take long to focus on the object being clicked, and the AI scene optimizer was quick too. 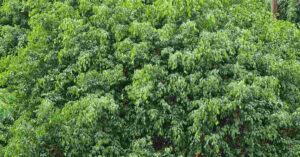 The selfies that we took using the 10MP camera turned out to be very good too, and much like the rear lenses, the performance of the front shooter remained consistent in dim light too. 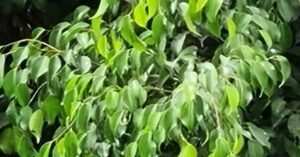 There is absolutely no reason to say that Samsung Galaxy S21+ is a smartphone you wouldn’t be happy with. The display is brilliant, the performance is very smooth, the battery life is lasting too and the cameras do a great job most of the times. The design of the smartphone is premium, but we think that paying an exorbitant price like Rs 81,999 and getting a polycarbonate back panel is something that wouldn’t please some users, especially when there are devices with a glass body in the same price range from the brand. Other than this, we expected a charger in the box. But besides this, there isn’t anything about Samsung Galaxy S21+ that isn’t good. It is one of the best we have so far this season.