Samsung Galaxy Watch 4G review: One of the best smartwatches of the year

Samsung recently unveiled its Galaxy Watch 4G in India. Find out in our review what are its pros and cons... 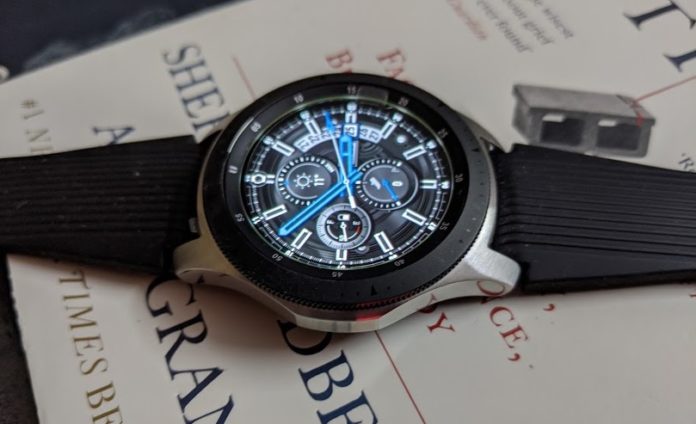 Samsung recently unveiled its Galaxy Watch 4G in India. While most of the specifications of the smartwatch remain identical to Samsung Galaxy Watch that was launched last year, the new and upgraded version comes with 4G connectivity. If you are planning to buy a new smartwatch, Samsung’s offering is definitely an option that you need to consider. So is Samsung Galaxy Watch 4G worth a buy? Read our review to find out:

The design of the Samsung Galaxy Watch 4G is very identical to the vanilla variant of the smartwatch. Having said that, we really like the design of the watch. It is available in two sizes: 42mm and 46mm. Both the models of the Samsung Galaxy Watch 4G come with rotating bezels that can be used for navigation. We have to say that the rotating bezel is an aspect of the design that we really liked because its presence meant that we did not have to rely on the touchscreen of the smartwatch alone each time we wished to perform a task. The device has two buttons placed on its right side. While the upper one is the back button, the one at the bottom is the Home button. The microphone of the device is located below the Home button on the right edge. The left edge, on the other hand, only has a speaker. On its back, there is the heart rate sensor. 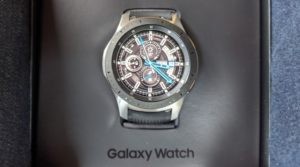 The front of the smartwatch is subjugated by its 1.3-inch AMOLED display that protected by a layer of Corning’s Gorilla Glass DX+. We should mention that this is the screen size of the 46mm variant of the device. The smaller 42mm variant has a 1.2-inch display. The display of the Samsung Galaxy Watch 4G depicted good colours and had a good level of brightness, which adjusts itself according to the ambient lighting conditions. Even the viewing angles of the display are good and the colours projected appear consistent. During our time with the watch, we had no trouble reading anything on the display, even when we used it under direct sunlight. It is worth noticing that Samsung Galaxy Watch 4G has an IP68 rating, is shockproof and water resistant up to 5ATM. The company has also said that it has MIL-STD-810G rating.

The smartwatch has 22mm silicone bands that can be swapped with other bands of the user’s preference. Personally, we did not feel the need of changing the bands as they were very comfortable as well as sweatproof. In the box, you will also find the wireless charger of the smartwatch that is compatible with a Micro-USB cable.

Specifications of any device is one of its most important aspects, so let’s take a moment to talk about it before we tell you more about the performance of this smartwatch. Samsung Galaxy Watch 4G is powered by the company’s Exynos 9110 processor that is clocked at 1.5GHz. The device packs 1.5GB of RAM and has 4GB of onboard storage. This can be used for downloading various apps and storing music. It makes perfect sense to store music on Samsung Galaxy Watch 4G as the smartwatch can be directly linked to a pair of earphones via Bluetooth. The smartwatch runs the company’s Tizen-based wearable OS and can be paired to both iOS and Android devices. For connectivity, it has Bluetooth 4.2, Wi-Fi, NFC, A-GPS, and 4G LTE. It is worth pointing out that you will have to set up the cellular connectivity of the smartwatch on the Galaxy Wearable app. As of now, only Airtel and Jio networks can be used to provide 4G connectivity on the Samsung Galaxy Watch. 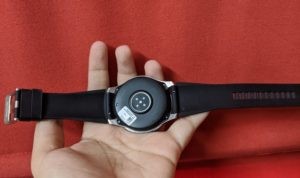 Coming to the performance of the Samsung Galaxy Watch 4G, we are quite impressed by it. During our time with the device, we did not notice any lag in the smartwatch’s performance. In fact, if you are a fitness freak, this smartwatch is your dream gadget. It has a slew of fitness-focussed features and can be used to track a number of activities including walking, running, cycling, swimming, hiking, elliptical training, lunges, crunches, squats, jumping jacks, pilates, yoga, stretching, among so many others. One feature that we really liked was that the watch reminded us to move whenever we sat without doing any activity for some time.

If you are someone who needs motivation to include more activity in your daily routine, this watch is exactly what you are looking for. It reminded us time and again to move, and motivated us to walk more often. Whenever we got up to take a walk, the device automatically detected it and started counting our steps. We should mention that the number of steps increases on their own even if you are driving, but then, Samsung Galaxy Watch 4G is not the only smartwatch that has this inaccuracy. The same is the case with every other smartwatch.

Other than tracking our steps, the watch also keeps a record of the user’s heart rate at all times. With default settings, it checks it once in every 10 minutes. While there is an option of changing the settings to ‘Always On’, but then, that obviously will make the battery of the smartwatch go down a lot sooner. We should mention that when the watch detects that you are exercising, it will automatically start measuring your heart-rate on ‘Always-On’ mode. 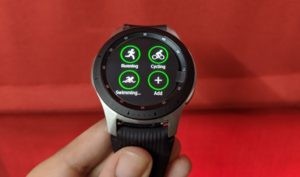 During our time with the watch, we did take a few calls on it. The sound of the voice of the caller was clear to us at all times and we did not encounter any problems while speaking to them. Wearing the Samsung Galaxy Watch 4G while sleeping is not a very comfortable thing to do, but when we managed to do it, the smartwatch got a correct reading of the number of hours we slept.

Coming to the battery life of Samsung Galaxy Watch 4G, it usually lasted about 3-4 days when we switched the 4G on ‘auto’ the device and used it extensively for calls and during workouts. However, the smartwatch took hours to charge from 0% to 100%. You need to give it at least 3-4 hours to charge completely.

The price of the Samsung Galaxy Watch 4G starts at Rs 28,490 and we feel that the cost is completely justified. The performance of the smartwatch is so smooth that it makes it worth every penny spent. If you are someone who wants a smartwatch with cellular connectivity or are a fitness freak, you should buy the Samsung Galaxy Watch 4G. You will be happy with it as the smartwatch is quite an all-rounder. The slow charging of the device is the only thing that we did not like, but then, we think most people can live with that.