The new Amazon Echo (2019) review: Comes with many improvements

Should you buy the Amazon Echo (2019) smart speaker? 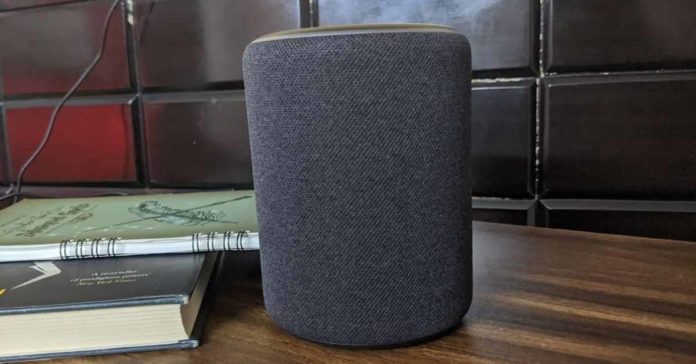 The smart speaker segment is completely dominated by just Google and Amazon. The two technology giants keep on launching new and improved devices to compete with one another. The latest to come into play is Amazon Echo (2019). We spent a few days with the smart speaker and here’s what we think of it:

Let’s begin by talking about the look and feel of the Amazon Echo (2019). The smart speaker by Amazon is cylindrical in shape, which basically means that its sound output is not unidirectional. Instead, the speaker can distribute sound in all directions uniformly. It is worth mentioning that there is a wraparound mesh-casing on the speaker.

On the top, there is a ring that lights up each time the word “Alexa” is said. Other than that, there are four buttons on the top — two to control the volume, one to summon Alexa and the last is the mute button. Users can make use of the mute button on Amazon Echo (2019) to stop the digital assistant from listening to their commands. This is surely a good thing from privacy point of view, especially for people who wish to use the device in living room or bedroom. The speaker also has a power port and it has support for an AUX cable, too. 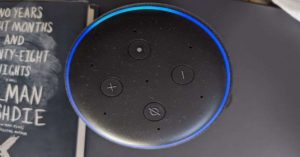 The Amazon Echo (2019) is available in Charcoal, Heather, Sandstone and Twilight Blue colour options. The one that we got for review was dressed in Charcoal Black. We should mention that unlike the Echo Plus, Amazon Echo (2019) does not have Zigbee interface, which basically means that there’s no support for smart home devices. But then, smart home devices are yet to gain too much popularity so there will be very few who will be affected by the lack of this feature.

To sum it up, we would say that we liked the design of the smart speaker. It is compact and one can put it literally anywhere. Whether you plan to use it in your living room, kitchen or bedroom, the Amazon Echo (2019) will look chic sitting anywhere.

When we speak about the performance of Amazon Echo (2019), the first thing that we should talk about is its digital assistant Alexa. The smart assistant can be used a lot like Google Assistant or Siri on our smartphones. You can ask it to answer your day-to-day queries like what the weather is like or how long will it take for you to commute from your home to office. You can also ask it to play particular kind of songs like Dance, Bollywood and more. It will immediately start a playlist of the genre that has been curated in the music services it has support for. Users can also set alarms and reminders and create shopping lists using Alexa. Having the ability to do all this makes Alexa a great personal assistant plus source for basic information. 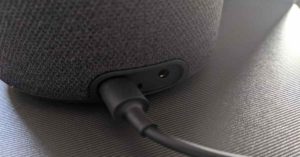 Users can also create Routines via the Alexa app. With the Routines feature, you can pre-set the action you want Alexa to take when you speak a particular command. The digital assistant at times will also direct you to a certain Skill in order to complete a task.

While we were happy with Alexa’s performance most of the times, we should point out that there were times when it apologized for not being able to complete a particular command. However, it didn’t happen too many times, so one can completely overlook it too. 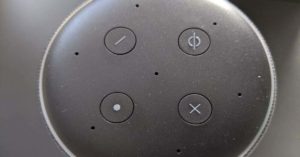 Coming to the sound quality of the Amazon Echo, it was pretty decent. According to Amazon, the device comes with neodymium drivers, 3-inch woofer and enhanced back volume which makes the bass feel stronger. We tried listening to various genres of music on Amazon Echo (2019) at different volume levels. While the sound output remained consistent across genres, we should point out that even the maximum volume of the speaker may not be high enough for some. We have used a number of Bluetooth speakers that can play music at high volumes, however Amazon Echo (2019)’s is not  the loudest of the lot.

At a cost of Rs 9,999, the Amazon Echo (2019) is a decent buy. It has its share of pros and cons. The pros of Amazon Echo include its design and improvements in its digital assistant Alexa. While the sound quality of the speaker is also good, the fact that it could not play on very high volume was a downer. Also, you may have to sign up for a lot of services to make the most out of Amazon’s smart speaker, as the company’s ecosystem in India is limited as compared to Google’s.

- Advertisment -
The new Amazon Echo (2019) review: Comes with many improvementsThe smart speaker segment is completely dominated by just Google and Amazon. The two technology giants keep on launching new and improved devices to compete with one another. The latest to come into play is Amazon Echo (2019). We spent a few days with...

How to Get Still Photos From iPhone Videos? Top 3 easy ways