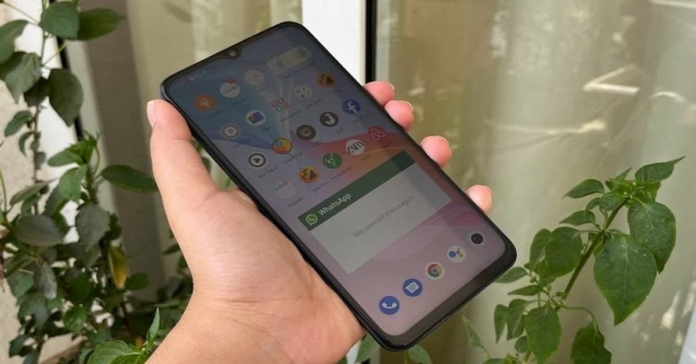 Vivo T1 5G packs a number of good specifications at a starting price of Rs 15,990. It has a beautiful design, packs a powerful processor, is available in multiple RAM/Storage options, and has gaming-centric features too. Read the rest of the review to find out if it’s a good buy.

As far as the design of Vivo T1 5G goes, we are quite impressed by it. The smartphone, although 6.58-inches in size, is still as thin as 8.25mm and weighs 187 grams. So it was light to hold and the one-handed usage was comfortable too. The front of the device is dominated by its huge display that has a dewdrop-shaped notch on the top to house the selfie camera. The screen is outlined by thin bezels on three sides and a relatively thicker chin. Flip over and you’ll see the flat back panel of Vivo T1 5G with a rectangular camera module sitting on the top left. 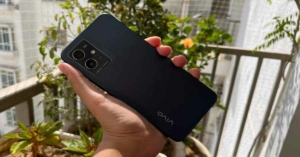 The edges of the device – much like its back – are completely flat too. The right one has the Volume Rocker keys and the Power button with a fingerprint scanner embedded in it. The SIM tray and the secondary microphone are on the top while the Type-C port, speaker grille, microphone and headphones are at the bottom.

Vivo T1 5G is available in two colours – Starlight Black and Rainbow Fantasy – and we got the former one for our review. It also has multiple options in terms of RAM – the base variant with 4GB RAM while the other two higher variants with 6GB and 8GB RAM. 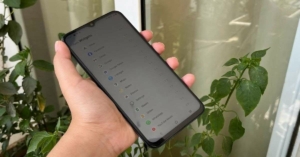 Coming to the display of the device, it sports a 6.58-inch LCD panel that comes with a refresh rate of 120Hz, peak touch sampling mode of 240Hz and is protected by a layer of Panda glass. The colours projected on the screen were vibrant and they remained consistent at different viewing angles. The images and the app icons were sharp and clear and the sunlight readability was decent too. We watched YouTube videos on the phone during our time with the device and they all played well. The video was clear and the audio quality was good too.

Before we speak about the performance of the Vivo T1 5G, let’s take a minute to speak about the rest of its specifications. The smartphone is powered by the Qualcomm Snapdragon 695 processor clubbed with up to 8GB of RAM and 128GB of onboard storage. The device comes with a RAM expansion feature and has a microSD card slot too. It houses a 5,000mAh battery and comes with an 18W charger. Vivo T1 runs Android 12 skinned with Funtouch OS. 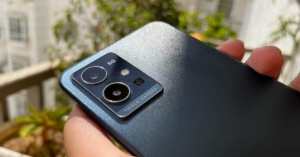 The user interface of the device is simple to use and comes with customizations like a privacy dashboard, privacy indicators, and location sharing options. But on the downside, Vivo T1 also comes with a considerable number of bloatware apps including CRED, Josh, Moj, ShareChat, etc. We must point out though that these can be uninstalled, so it really shouldn’t be that much of a problem. The smartphone also comes with gaming features like GameSpace and Ultra Game mode. While the former lets you access all your games in one place, the latter offers an array of functions that are useful to gamers and turn on when a game is launched on the device.

Coming to the performance of Vivo T1 5G, it was smooth most of the time. We did not face any stutters or slowing down during our time with it. We switched between multiple apps and tabs of Chrome and never once faced an issue with working on them. The fingerprint scanner of the smartphone, embedded in its Power button, did a great job most of the time and facial recognition also worked well. 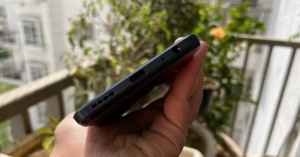 During our time with the device, we watched a lot of YouTube videos and played a lot of games on the phone too, and both aspects of the Vivo T1 5G turned out to be good. The battery life of the smartphone is another plus and it lasted us around 2 days with moderate usage (including an active WhatsApp account).

Finally, let’s talk about the triple rear cameras of Vivo T1 5G. The smartphone sports a 50MP primary sensor, a 2MP macro lens, and a 2MP depth sensor. It also has a 16MP lens on its front panel for selfies and video calls. Strangely, the ultra-wide camera is absent. During the day, the device managed to get photos with a good number of details and the ones taken outdoors from the primary lens showcased vibrant colours. 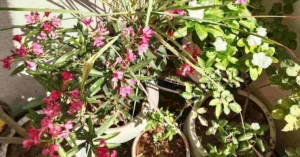 Indoor shots had more natural colours. The images turned out to be sharp and clear, and that remained consistent even when we zoomed in. The macro camera performed well in well-lit conditions but the same cannot really be said about the Portrait lens as its performance was inconsistent. 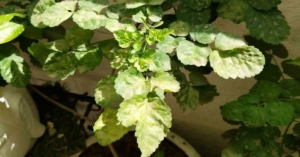 Shots that the camera captured in low-lit conditions didn’t match up to the ones taken in daylight as far as the quality goes. The colours weren’t always accurate and the images didn’t turn out to be with as many details. However, the results improved with the Super Night Mode enabled. 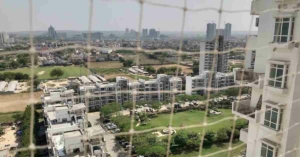 Selfies taken in well-lit conditions turned out to be good and they had the right amount of details, but the quality dropped in dim lights.

At a starting price of Rs 15,990, Vivo T1 5G comes with a powerful processor, offers smooth performance and a lasting battery. The cameras could be better for sure and we should point out that there are some camera features that are absent from the base variant. In addition to this, there is only limited support for 5G, and the ultra-wide camera is completely missing. While the absent features may put some potential buyers off, at this price, it is a decent buy in case the missing aspects are not a deal-breaker for you.

- Advertisment -
Vivo T1 5G packs a number of good specifications at a starting price of Rs 15,990. It has a beautiful design, packs a powerful processor, is available in multiple RAM/Storage options, and has gaming-centric features too. Read the rest of the review to find...Vivo T1 5G review: Good for the price