Vivo X60 Pro is certainly a great smartphone. But is it the right pick for you? 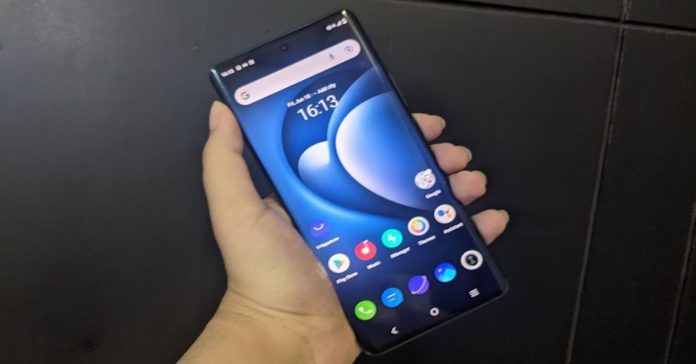 We had been intrigued to use the Vivo X60 Pro smartphone ever since it was launched. The device runs Qualcomm Snapdragon 870 processor, sports triple rear cameras with support for gimbal stabilization, and has a curved display. Who wouldn’t want to use it? We got the chance and we spent a few days using it extensively and here’s our review of Vivo X60 Pro:

In terms of the design, the Vivo X60 Pro smartphone does bear a resemblance to its predecessor, but then that’s hardly a reason to complain because it looks sleek. The handset’s front panel is dominated by its 6.5-inch AMOLED display that is curved on both sides and is outlined by thin bezels. The selfie lens of the smartphone is placed in a hole-punch camera that is placed in the centre of the top of the screen. If you enable the fingerprint lock, it will appear on the lower half of the display. Flip over and you will see the back panel of the Vivo X60 Pro which has a matte finish and is protected by a layer of Corning Gorilla Glass 6. There is a camera module on the top left of the back panel that houses three lenses and an LED flash. On the bottom left, you can find the Vivo branding. The metallic Power and the Volume Rocker keys are sandwiched on the right edge of the smartphone. The bottom edge has the speaker grill, Type-C charging port and SIM tray, and the microphone, while the secondary microphone is placed on the top. 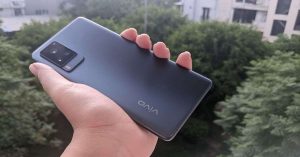 It is worth noticing that Vivo X60 Pro is available in Midnight Black and Shimmer Blue colour options, and the one that we got for review was dressed in Black.

Coming to the 6.56-inch AMOLED Full-HD+ display, it comes with a maximum refresh rate of 120Hz, however, the option of switching it to 60Hz is also there on the device. In fact, with Smart Switch enabled, the smartphone automatically switches between 60Hz and 120Hz. The display of the device is great and the colour reproduction is excellent. We watched several shows on Netflix and YouTube during our time with the device and the experience was flawless. Even the sunlight readability and the viewing angles of the smartphone were good. Vivo X60 Pro’s display is protected with Schott Xensation Up glass. 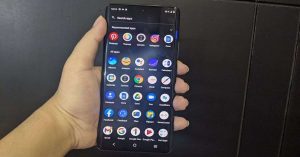 To sum it up, we would say that although the design of Vivo X60 Pro is very premium and several aspects contribute to the upmarket looks. However, at this price point, it could have also included some other features like IP rating and wireless charging.  The display, on the other hand, offered a great experience to us at all times.

Before talking about the performance of the Vivo X60 Pro, let’s take a minute to discuss the rest of its specifications. The device is powered by Qualcomm Snapdragon 870 processor and comes with 12GB of RAM and 256GB of internal storage. The smartphone houses a 4,200mAh battery and comes with a 33W charger. For imaging duties, there is a 48MP primary camera coupled with a 13MP ultra-wide sensor and a 13MP Portrait sensor. On the front panel, there is a 32MP selfie camera. Vivo X60 Pro runs Android 11 skinned with the company’s own Funtouch OS 11.1. Despite being so expensive, the smartphone comes with quite a few bloatware apps including Moj, Prime Video, Amazon, DailyHunt, Facebook, Snapchat, etc. The device also has V-Appstore, which along with DailyHunt sends quite a few notifications. While DailyHunt can be uninstalled, V-Appstore cannot.  In terms of connectivity, Vivo X60 Pro comes with support for dual-band Wi-Fi, 4G VoLTE, 5G, and Bluetooth 5.1. 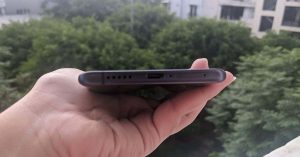 As expected, Vivo X60 Pro’s performance is super smooth and the smartphone can handle any task that’s thrown at it. We used the device extensively during our time with it and multitasked a lot on it, but there was nothing that made the performance lag even for a minute. We multiple apps on the smartphone, a lot of them were graphic-heavy, but there wasn’t anything that didn’t run smoothly.

We have already mentioned that our experience with watching shows on Netflix was good. The video experience was great and the phone didn’t warm up. The sound quality was good too, but in this price range, we have seen better than Vivo X60 Pro’s audio output. We also played several games on the smartphone including Asphalt 9: Legends. We didn’t notice any stutter while playing the game, even though it has some very heavy graphics, but we did see that the battery fell quickly while gaming. However, this doesn’t mean that we don’t recommend the handset for gamers. 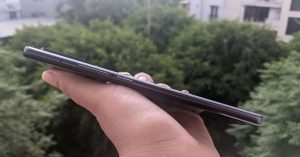 Coming to the battery life, the smartphone’s juice lasted at least a day for us with moderate usage. Gaming, watching Netflix shows and a lot of camera usage will reduce this time, but the 33W charger can fully charge Vivo X60 Pro’s battery in an hour so it’s hardly something to complain about.

Finally, let’s talk about the cameras of the Vivo X60 Pro, which are certainly a positive aspect of the handset. The 48MP primary camera has a Sony IMX598 lens and besides this, the device also comes with a 13MP ultra-wide angle lens and a 13MP portrait sensor. The camera app on Vivo X60 Pro is simple to use and has several modes that the user can choose from. It is also backed by AI so cameras can get switched automatically depending on how close you are to the object, and there is a scene optimizer too.

The shots that we clicked from the primary camera turned out to be excellent. We tried clicking from the lens in daylight, during the night and even indoors, and it performed well regardless of the conditions around. There is also an option of clicking images in 48MP UHD, and you might like the feature if you like zooming in a lot on pictures. However, they were grainy on zooming in as compared to the default 12MP shots that are taken from the primary lens. The lens also comes with a gimbal stabilisation system, which means that it physically moves to alter out the shakes while clicking pictures or shooting videos. The feature existed on the smartphone’s predecessor too, and we think it’s a huge plus.

As expected, the quality of images does drop when the cameras are switched, but it wasn’t at all bad. It may not match up to the primary camera, but the image quality remained good. Both the 13MP cameras – ultra-wide and portrait – managed to click images with a good amount of details. The lenses clicked decent pictures in low light too, although enabling the Night Mode improves the output a lot. 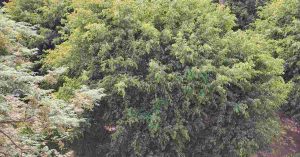 Finally, the 32MP selfie camera takes amazing shots in well-lit as well as in dimly-lit surroundings. We are really happy with the selfies we managed to click from Vivo X60 Pro. To make it better for selfie lovers, the device gives users a lot of control in terms of letting them see the effect of filters or different levels of blur before clicking pictures from the front camera.  To sum it up, we would again say that the cameras of the smartphone are definitely among its best aspects.

At Rs 49,990, Vivo X60 Pro competes with one of the best smartphones in the market. And also, we can say confidently that it is a worthy competitor. The performance is smooth, the display gave us a great experience, and the cameras are simply amazing. Even gaming on the device was good. These are more than enough reasons to go for the device. While the bloatware on the smartphone and the lack of IP rating and wireless charging are cons, if they aren’t deal breakers for you, you would be happy with Vivo X60 Pro.

- Advertisment -
Vivo X60 Pro review: A powerful smartphone with great camerasWe had been intrigued to use the Vivo X60 Pro smartphone ever since it was launched. The device runs Qualcomm Snapdragon 870 processor, sports triple rear cameras with support for gimbal stabilization, and has a curved display. Who wouldn’t want to use it? We...