Vivo Z1Pro Review: A gaming beast within a budget

Our review of the Vivo Z1Pro, mid-budget segment smartphone. 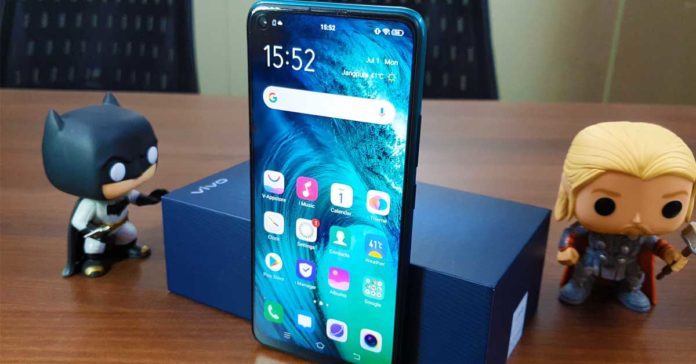 Vivo has consistently brought some of the best smartphones to India in the past couple of quarters. 2019 seems to be a good year for the Chinese company who has recently brought another scorcher to the Indian shores. Called the Vivo Z1Pro it is aimed at the younger generation who is on a budget, yet wants a good-looking smartphone with good to exceptional performance. And if gaming has been thrown in the mix, it will be a winner in their books. Well, Vivo Z1Pro does boast of all that, so we put it on our review bench to see if it just vaunts or delivers.

There are many smartphones in the sub 20K rupee mark that have good looks. And Vivo Z1Pro is no different. It is built with good precision and straight out of the box wants attention. The front of the smartphone has an almost edge to edge touchscreen with a camera dot placed on the top left. There is a bit of chin area on this smartphone, but not too much that might take away from the show.

The volume rocker and power buttons are placed on the right edge of the smartphone while the Dual SIM (NANO) card slots is placed on the left edge. Here you will also find one more button, single press this and it activates Google Assistant. If you double press it, Google lens will come to life. At the bottom of the Vivo Z1Pro, users get a 3.5mm audio port, primary microphone, a loudspeaker hidden behind a neat grille and a micro USB charging cum data port. Which is a googly, while most have moved forward to the USB Type C port, Vivo is still on yesterday’s tech.

The rear panel is built of plastic yet has a very glass-like finish. We reviewed the Sonic Blue version of the Vivo Z1Pro which does look exceptional. The light reflects off the back panel and you can see thick gloss on the back panel, again adding to the show. There are two more colours available – sonic black, which has a purple tone and the last one is mirror black.

Placed on the back is a vertical array of triple rear cameras along with a LED flash. Here Vivo has also given a fingerprint scanner. The company’s logo can also be found on the bottom half of the smartphone. The rear panel is lustrous and nice to look at, but it also attracts its fair share of fingerprints. Which on the black version do not show as much when compared to the Blue variant.

The Vivo Z1Pro has a 6.53-inch FHD+ AMOLED display and the screen to body ratio is just under 91%. That is incredible how the company has managed to do that. Thanks to which, operating the display is better than others in the same category. As your thumb can reach more screen area with one-handed use. Also, the punch-hole camera does not come in the way too much and is not an eyesore since it is usually under the thumb while playing games. When watching movies or videos, again it is not, like we said, an eyesore.

The screen on the Vivo Z1Pro is able to portray very good colours and crisp text characters. The viewing angles are also nice and the colours do not look washed out. Sunlight legibility is not bad either, keep the adaptive brightness on and it will help the case further. Overall, we found the display to be one of the finest points of this mobile. As gaming is lively and YouTube experience is super, Vivo has done a good job. It also responds well to each finger tap and thud.

For the price bracket the Vivo Z1Pro is in and the kind of specs it offers, this smartphone can give its competition like Xiaomi Note 7 Pro a run for its money. Well, actually it is a wee bit better than the Note 7 Pro. Before we tell you how, let’s get the specs out of the way. Vivo Z1Pro comes with a Qualcomm Snapdragon 712 octa-core CPU, which has a top clock speed of 2.3GHz. Here 2 cores run at 2.3Ghz and the other 6 run at 1.71GHz. This is combined with 6GB RAM and 64GB storage (middle variant, the one we were reviewing). There are two more deviations available. The base model comes with 4GB RAM and 64GB storage and the top-end one comes with 6GB RAM and 128GB storage. The storage can further be expanded by up to 256GB using a microSD card.

The graphics are supplied using an Adreno 616 GPU. The battery is massive as it comes with a 5,000 mAh brick inside. This can be fast-charged using the 18W power charger, which comes in the box. Also, in the box, you get a power cable and a pair of headphones. The sound via which is pretty good, much better than what the loudspeaker can provide on the Vivo Z1Pro.

Coming back to battery life, we got over 1.5 days of wake time on this smartphone (under regular use). When gaming is put in the mix, a couple of hours of PUBG we are talking about, the total time went down to about a day. Which actually is not bad at all. Talking about PUBG, there is a dedicated gaming mode in the Vivo Z1Pro enhancing the gaming experience. Games like PUBG or Asphalt 9 work much better on it. We did not experience any frame drops or lag while gaming. Same is the case when one is watching movies or FHD YouTube videos.

Skipping over to its cameras, let’s start with the rear ones first. These consist of a 16MP primary wide sensor with an aperture size of f/1.8, an 8MP ultra-wide sensor with an aperture size of f/2.2 and the third one for depth that has a sensor of 2MP with aperture f/2.4. Together they are able to spurt very good to excellent shots. The HDR mode kicks in nicely and the images become livelier. No matter what the lighting conditions are, we got some of the best shots we have seen in this smartphone class. At night the Vivo Z1Pro is able to display good colours, too. However, the edges or far off objects lose a bit of their sheen. Videos here can be shot in 4K, but between 24-30FPS only. The colours are very close to life in the videos, too. 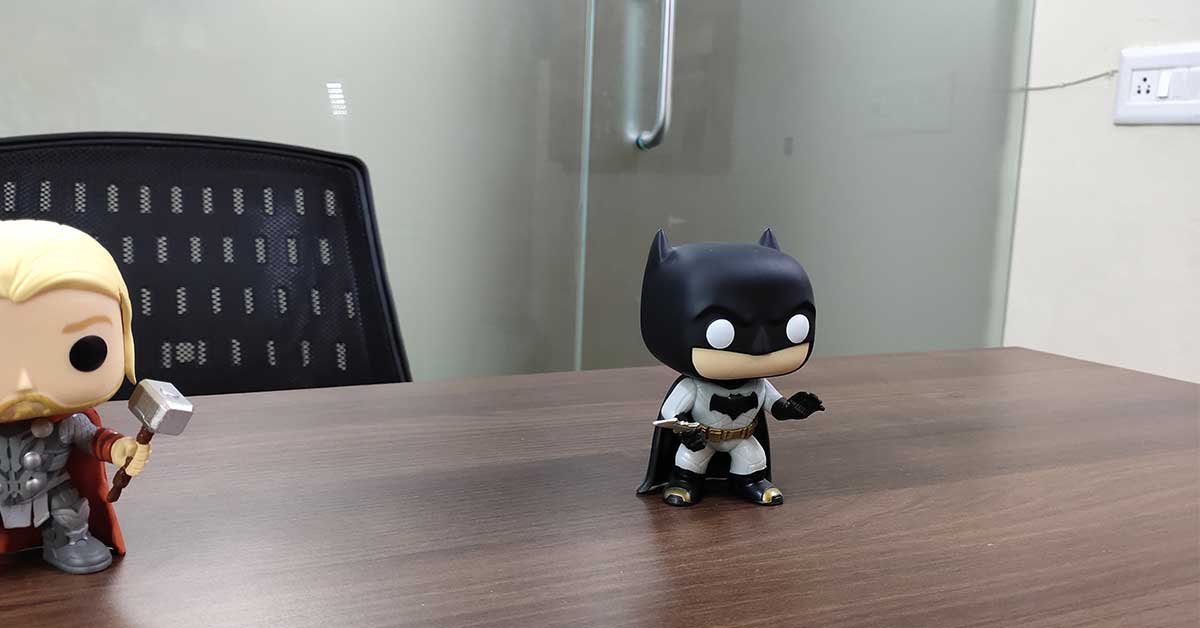 Now for the front camera, which is another bright point of the Vivo Z1Pro. The camera dot has a 32MP sensor with aperture f/2.2. This is great if you want to livestream your PUBG session with you in the frame. FHD videos at 30FPS are supported here. Pictures look great too and a plethora of modes make the selfie-taking experience one of the best in the category. You get everything from beauty mode to portrait photo effects and live mode. The beauty mode is available in videos too. 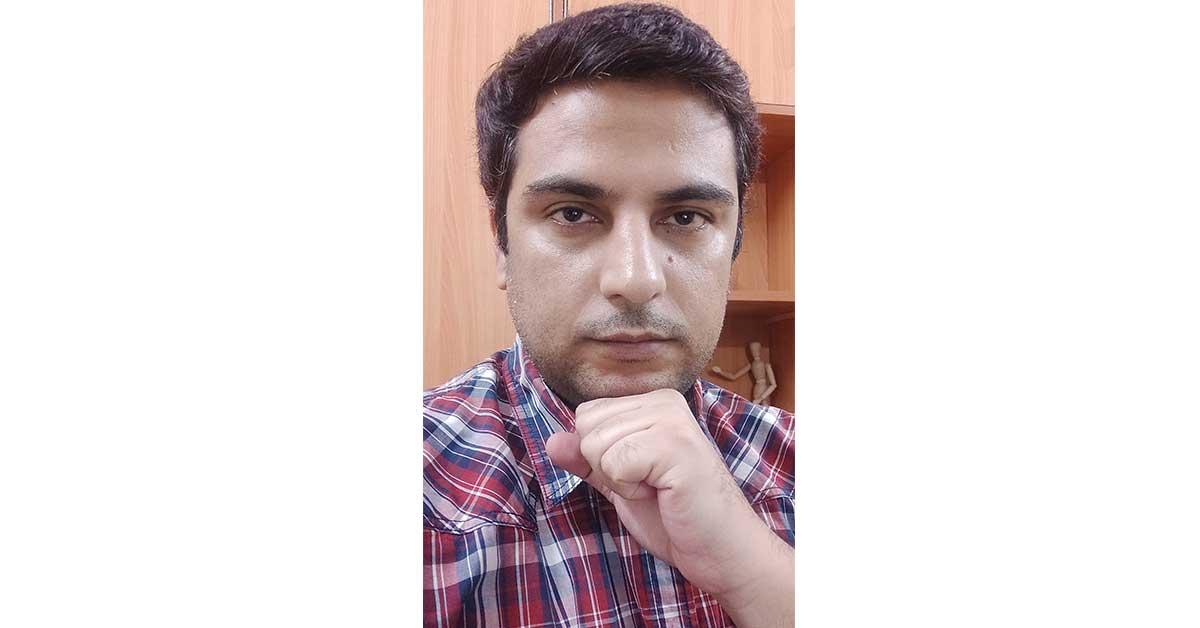 The operating system on the Vivo Z1Pro is Android Pie 9 with the Fun Touch OS skin on top of it. We particularly are not in awe of the system, but it has become better. Though somethings like the bottom-up shortcut centre is very Apple-like, it does have a lot of elements of its own. We do like an app drawer (that is missing here) where all the icons are not cluttered on the home screens. And there are a lot of them from the get-go. A number of apps can be found on this smartphone, which makes it bloatware heavy. However, most of them can be removed with just two taps. The OS does support cloning of apps, which is a good thing to have if you are using two SIMS in the smartphone. 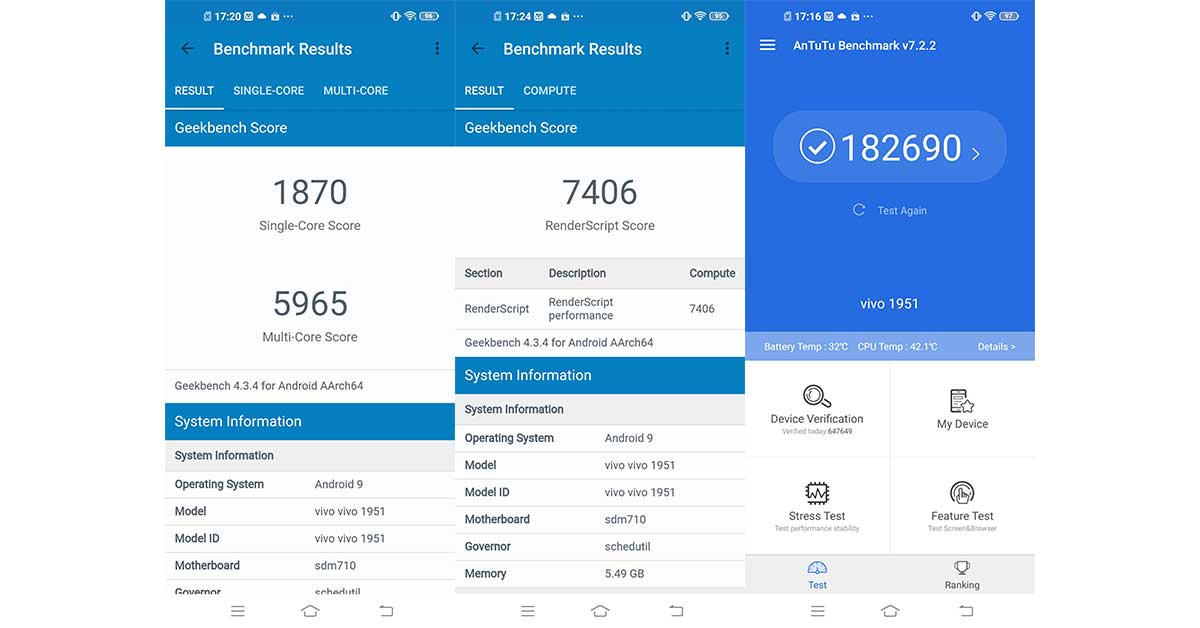 Since the smartphone has a 5,000 mAh battery it was bound to be slightly heavy. At 201 grams the company has tried to keep the weight balanced on the Vivo Z1Pro. Overall, this smartphone is a gaming beast and one would enjoy long hours of gaming on it. The screen is quite good and the sound with the headphones is pretty darn decent. The latest Android OS is available but bloatware could have been lesser. At a price of Rs 16,990 (6GB version), the Vivo Z1Pro comes with a 712 QC chipset that is better than rest in sub Rs 20K arena. It is definitely a worthy device to pick up.

- Advertisment -
Vivo has consistently brought some of the best smartphones to India in the past couple of quarters. 2019 seems to be a good year for the Chinese company who has recently brought another scorcher to the Indian shores. Called the Vivo Z1Pro it is...Vivo Z1Pro Review: A gaming beast within a budget