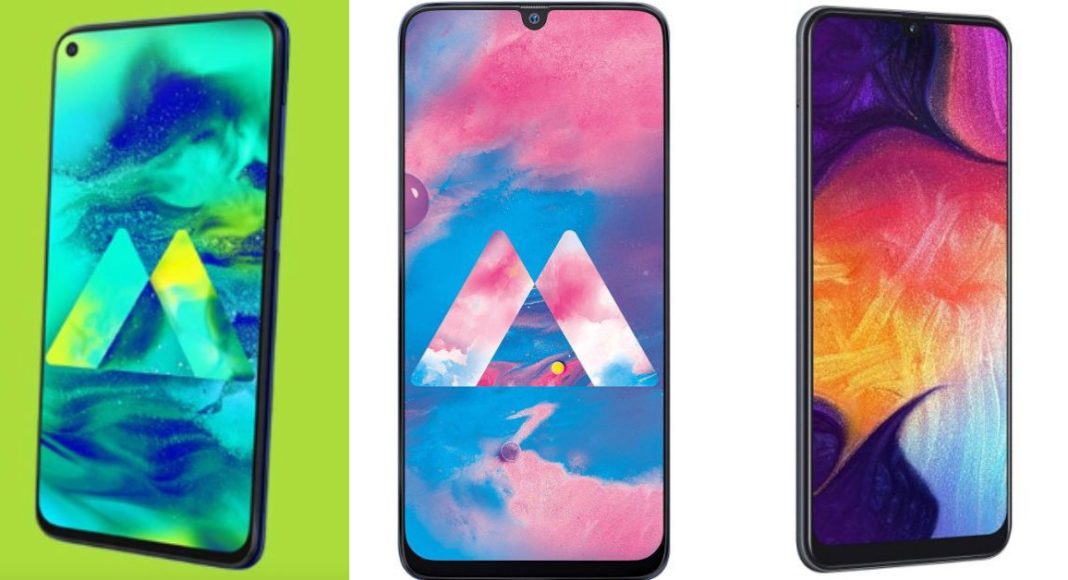 While Samsung Galaxy M30 and Galaxy A50 have bigger screen sizes, you will get more display real estate with Samsung Galaxy M40. This is because the smartphone come with an Infinity-O display which means that it has its selfie camera embedded in its screen. The other two handsets have an Infinity-U screen instead, which means that they have a U-shaped notch that houses the selfie camera. For someone who loves to use their smartphone for entertainment, the newly launched Galaxy M40 is the best option.

As far as the processor of the three smartphones goes, our pick would be the Samsung Galaxy M40, as the device uses a chipset from Qualcomm, while the other two have Exynos processors. Qualcomm is known for its good processors in the smartphone industry, and hence, Galaxy M40’s performance would be better as compared to the other two devices.

As far as the selfie camera of the smartphones goes, the Galaxy A50 is a clear winner. It has a 25MP selfie camera, which is far more advanced than the front-facing snappers of the other two handsets.

Samsung Galaxy M30 and Galaxy M40 come with more storage than Galaxy A50. However, all three devices offer 6GB of RAM. So in terms of RAM, there is a tie, but in terms of storage, there isn’t.

In terms of battery, the clear winner among the three Samsung handsets is Galaxy M30. It has a 5,000mAh battery and anyone who has a prioritises battery over other aspects of a smartphone can opt for Samsung Galaxy M30.

Samsung Galaxy A50: Android 9.0 Pie skinned with Samsung’s One UI

As far as operating system of the smartphones goes, we would recommend either Samsung Galaxy A50 or Galaxy M40. They both run Android 9.0 Pie with One UI while Samsung Galaxy M30 runs Android 8.1 Oreo and Samsung Experience 9.5.

Out of the three, Samsung Galaxy M40 is the device we recommend, as it surpasses the two in terms of a number of specifications. You may opt for Samsung Galaxy M30 for the battery, but then you would have to put up with an older Android version.

Gadget Bridge Bureauhttp://gadgetbridge.com
Facebook
Twitter
WhatsApp
Linkedin
ReddIt
Email
Previous article
[Video] Samsung Galaxy M40 Unboxing, First Impresions and Camera Shots – This is the best M out there
Next article
WhatsApp adds Opi Stickers with a White-coloured bear on its app: Here’s how to use them