This is when Xiaomi Mi Mix 3 is getting launched 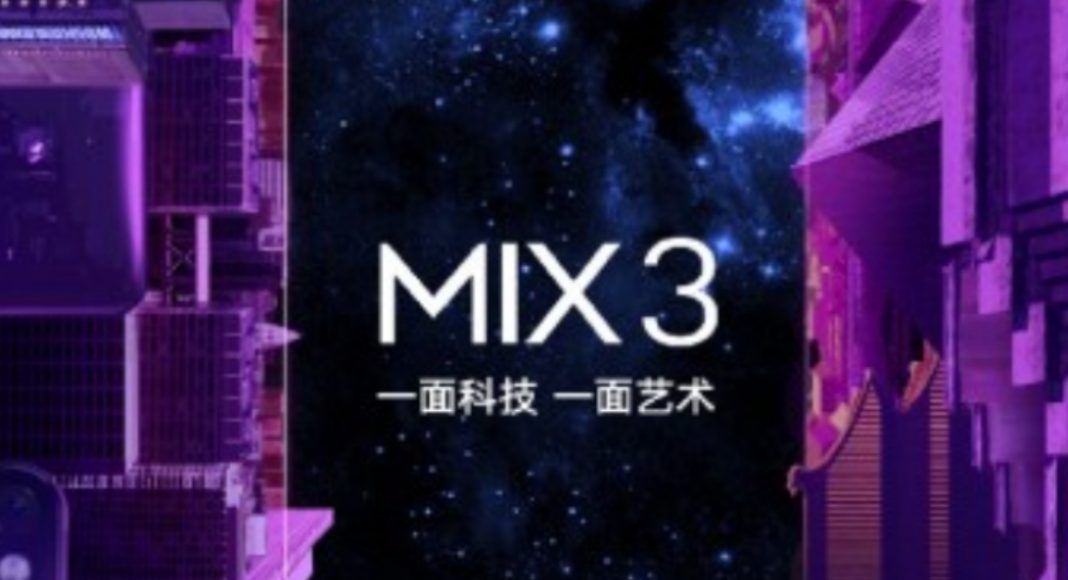 Xiaomi Mi Mix 3 smartphone is all set to be launched at an event in China that is scheduled for October 25. Xiaomi has made it official that the third generation of its Mi Mix flagship range will be unveiled this month. Much like other smartphones in the Mi Mix series, Xiaomi Mi Mix 3 will also feature a bezel-less design and come with high-end specifications.

It is worth noticing that a teaser which leaked earlier this month revealed that Xiaomi Mi Mix 3 smartphone will be launched at Nanjing Sports Centre. The development regarding the launch of Mi Mix 3 has been confirmed on Xiaomi’s official Weibo account and also by Donovan Sung, the company’s official spokesperson, on Twitter.

Two years ago, we launched the first generation Mi MIX.

A number of speculations and rumours about the upcoming device have surfaced online since the last few weeks. It is expected that the smartphone will come with 5G capabilities because it sports a 5G+ logo on the status bar.

Xiaomi’s President Lin Bin also teased a camera slider. But rather than the one we saw on Oppo Find X, Xiaomi Mi Mix 3 mobile is likely to sport a camera slider similar to Honor Magic 2. Reports also suggest that Xiaomi Mi Mix 3’s camera slider could come with both front and rear cameras. This is because the company has teased a nearly bezel-less display that comes without a notch, much like Vivo Nex.

Xiaomi has also teased on Weibo two features of the upcoming smartphone. In the picture shared by Xiaomi, two cards are place together and one says 5G, while the other says 10G. The same image has also been shared on Sung on his Twitter handle. The ‘5G’ obviously means that Xiaomi Mi Mix 3 will come with 5G capabilities, and the 10G points towards the presence of 10GB RAM on the device. What makes us even more sure is the fact that Sung said in his tweet, “5G speeds, 10GB RAM, 8 days left.”

If this turns out to be true, then Xiaomi Mi Mix 3 will be one among the first smartphones ever to arrive with that much memory.

However, 6GB RAM and 8GB RAM variants of the smartphone are also expected. While the 6GB RAM model will come with either 64GB or 128GB inbuilt storage, the 8GB RAM variant is expected to have either 128GB or 256GB storage onboard.

Xiaomi Mi Mix 3 will reportedly sport a Samsung QHD+ AMOLED display and will be powered by Qualcomm Snapdragon 845 processor. The upcoming Android smartphone is expected to feature a 20MP selfie camera. For more details, we will have to wait till October 25, but we’ll keep you updated as more information about the device surfaces.

Avani Baggahttp://www.gadgetbridge.com
Avani has an immense love for reading, travelling and food, but not necessarily in the same order. Avani almost started pursuing law, but life had other (better) plans for her and she chose to be a writer instead (luckily!) She previously covered technology at Times Internet and wrote about smartphones, mobile apps and tech startups. When she’s not writing, you’ll be able to find her in book stores or catching up on her social life.
Facebook
Twitter
WhatsApp
Linkedin
ReddIt
Email
Previous article
Asus Zenfone Max M1, Asus Zenfone Lite L1 launched in India: Price, specs and more
Next article
This Android smartphone is more expensive than the iPhone XS Max