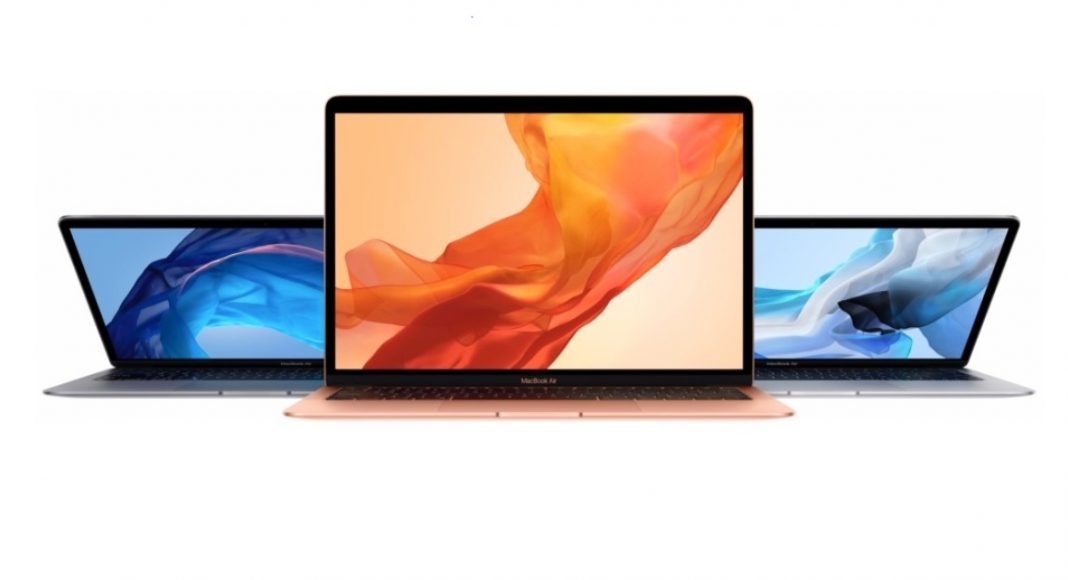 Apple has finally upgraded its Macbook Air. MacBook Air is the Cupertino based technology giant’s best selling laptop and fans had been waiting for an upgrade for years now. At today’s event in Brooklyn, the company finally announced the updated version that people had been waiting for.

Apple’s new MacBook Air features a 13.3-inch Retina display with a resolution of 2560×1600 and 50% narrower bezels than the previous model. The display is claimed to show 48% more colours. The selfie camera is placed right on top of it and the design has a glass coverage right up to the edges.

Apple’s new Macbook Air comes with a Touch ID that works with the T2 chip and ensures that the software that was loaded into the system at the boot hasn’t been compromised or tampered with. The laptop does data encryption for SSD and comes with Apple’s digital assistant Siri.

Apple MacBook Air offers 16GB of RAM and up to 1.5TB of storage to its users.

Powered by an 8th generation dual-core Intel Core i5, Apple MacCook Air’s battery life is promised to last for 12 hours with the user browsing the internet and 13 hours when movies are being played off iTunes.

Speaking of the keyboard of the device, it is a 4th generation butterfly type and according to Apple, it has never been as precise and responsive as it is now. All the keys of the Apple MacBook Air are individually backlit and it comes with a Force Touch trackpad which has 20% more area. Apple MacBook Air’s speakers are said to be 25% and come with twice as bass as the previous device.

The new Apple MacBook Air comes with Thunderbolt 3 ports and it they can be used to connect a 5K display. The updated device is completely made from recycled aluminium and is 10% thinner and has 17% less volume than its predecessor.

It will be going up on pre-orders today and will go on sale on November 7. The new Apple MacBook Air is available in Gold, Space Gray and Silver colour options. The price of the upgraded Apple MacBook Air starts ats $1,199.

Avani Baggahttp://www.gadgetbridge.com
Avani has an immense love for reading, travelling and food, but not necessarily in the same order. Avani almost started pursuing law, but life had other (better) plans for her and she chose to be a writer instead (luckily!) She previously covered technology at Times Internet and wrote about smartphones, mobile apps and tech startups. When she’s not writing, you’ll be able to find her in book stores or catching up on her social life.
Facebook
Twitter
WhatsApp
Linkedin
ReddIt
Email
Previous articleOnePlus 6T with indisplay fingerprint sensor, Android Pie launched in India: Price, specs and more
Next articleApple announces its updated Mac mini: All that you need to know