'Sign In with Apple' is a new way of logging in to various apps that will be made available later this year. 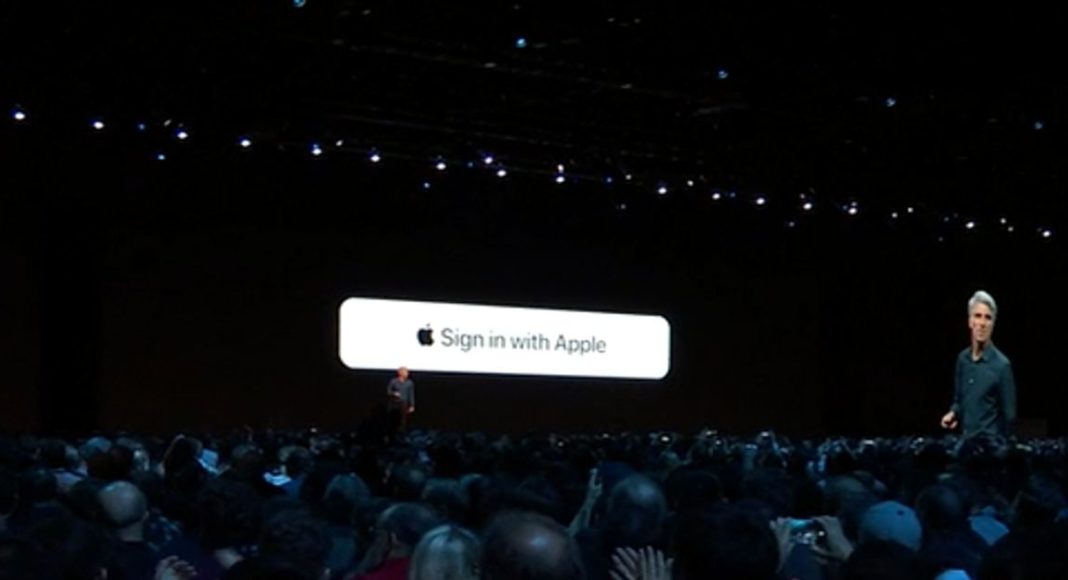 Cupertino-based technology giant Apple introduced a new ‘Sign In with Apple’ button during its WWDC 2019 event. The button will be an additional way of logging in to various web services that can be used by those who don’t wish to share their credentials with Facebook and Google. The company will be asking its developers to position the new ‘Sign In with Apple’ button in apps for iPhones and iPads above the buttons from Google and Facebook, according to design guidelines that have been released this week.

Apple has told developers to place its login button over its rivals because it is a part of its ‘Human Interface Guidelines’. We should mention that these are not formal requirements to pass the App Store review. However, most developers follow them anyway as they are considered to be the surest way to gain Apple’s approval as the rules for an app being on App Store are far stricter than the ones that have to be followed for Google Play Store.

Needless to say, if most developers follow this, which they most likely will, then Apple will get the prime placement as most users often choose the default/top option on the apps.

The new button by Apple is centred around user privacy. Users will now be able to login with Apple instead of using their social media credentials to sign in to various web services. And suppose an app insists that you share your email, Apple will also offer to create a new email address use for the app instead. This email ID will automatically forward all the information to your real email ID.

We should mention that these login buttons are used a lot by users because it saves them from the trouble of remembering different email IDs and passwords for each app on their smartphone or tablet. However, these login buttons also send data about users’ habits back to their makers.

Another thing that is worth pointing out is that Apple’s guidelines are not imposing the button on any apps that do not have login buttons from Facebook and Google.

Avani Baggahttp://www.gadgetbridge.com
Avani has an immense love for reading, travelling and food, but not necessarily in the same order. Avani almost started pursuing law, but life had other (better) plans for her and she chose to be a writer instead (luckily!) She previously covered technology at Times Internet and wrote about smartphones, mobile apps and tech startups. When she’s not writing, you’ll be able to find her in book stores or catching up on her social life.
Facebook
Twitter
WhatsApp
Linkedin
ReddIt
Email
Previous articleNokia 9 PureView with penta-lens rear camera to launch in India today
Next articleSkype gets a new ‘Screen Share’ feature for Android and iOS apps; here’s how to use it