The smartphones are supposed to launch by the end of March

The California based premium smartphone company Apple is reportedly working on its new entry-level smartphone for 2020. As per reports this time the company will be offering affordable budget iPhones and the leaks also suggest that this might be called Apple iPhone 9 and iPhone 9 Plus.

Yes, instead of a single budget phone, the company is working on two devices according to 9to5Mac. Soon the company will bring iPhone 9 and iPhone 9 Plus, which are going to replace its predecessors iPhone 8 and iPhone 8 Plus.

Some of the previous reports have suggested that the upcoming iPhone 9 design would be very much like the Apple iPhone 6, which features a 4.7-inch LCD as well as a TouchID. But the iOS 14 code is also supposed to be pointing out to a bigger 5.5-inch display along with similar specifications to the iPhone 6. 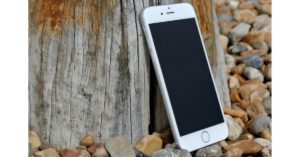 Over that, it is said that iPhone 9 devices will run with the A13 Bionic chipset, which the latest iPhone 11 devices comes equipped with. Both the upcoming models are said to be featuring an NFC tag without having to open the app for scanning. This did not exist either on iPhone 6 or iPhone X. This feature is now available on its latest models, which includes the iPhone 11.

In order to make it more affordable, the company will go for the TouchID, the home button that was seen on its earlier models nor it will include FaceID for biometrics. The new models will also include Apple Pay for express transit, which allows the user to hold the phone near a transit terminal to make a payment.

According to Apple analyst Ming Ching Ku, the 4.7-inch model which is supposed to be iPhone 9 is expected to cost  $399 either for the 64GB or 128GB of internal storage. The model is also supposed to come in three colour options grey, silver, or red. However, the pricing of the 5.5-inch model is still unknown. According to him, the company might bring the 4.7-inch version at the end of March this month alongside the rumoured 5.5-inch model which is iPhone 9 Plus. But the ongoing Coronavirus pandemic might also disrupt the launch and could move to online launch due to health concerns.

Komila Singhhttp://www.gadgetbridge.com
Komila is one of the most spirited tech writers at Gadget Bridge. Always up for a new challenge, she is an expert at dissecting technology and getting to its core. She loves to tinker with new mobile phones, tablets and headphones.
Facebook
Twitter
WhatsApp
Linkedin
ReddIt
Email
Previous article
Participate in Amazon Quiz, answer 5 questions and win GoPro Hero 8: March 17 Amazon quiz answers
Next article
Redmi Note 9 Pro with Qualcomm Snapdragon 720G processor all set to go on sale in India today