Previously, Apple had partnered with Amazon.

Paytm’s e-commerce arm – Paytm Mall – has today announced its partnership with Apple to sell its latest products in India. Going forward, Apple products that are listed on Paytm Mall, like iPhones and iPads, will come with an authorised tag. We should mention that this is only given to brand authorised sellers.

According to Paytm Mall, the Cupertino-based technology giant’s website will be promoting the e-commerce platform on its website and it will be mentioned as of its authorised resellers in India. While in the beginning, only iPhone and iPad lineups will be available on Paytm Mall, the company has said that other Apple products are also under the purview of the partnership.

According to the deal between the two, only authorised sellers would now be able to sell Apple products on Paytm Mall going forward. Any other independent seller who wishes to sell products from Apple on Paytm Mall would first have to get an authorisation from the Cupertino-based technology giant before they list their products on the e-commerce platform.

Speaking about the deal, Paytm Mall said in a statement, “This would ensure that customers get only the genuine product at a fair price.” In addition to this, Paytm Mall would be promoted as an authorised reseller for Apple products in India on the iPhone maker’s website.

Talking about the partnership, Srinivas Mothey, Vice President at Paytm Mall, said, “We are excited to partner with Apple to directly start selling latest editions of iPhone, iPad and other Apple products in India. Paytm Mall is one of India’s leading seller of premium mobile phones, and adding Apple’s range will further strengthen our list of offering to our customers. Our customers will also be eligible to avail offers such as additional discounts on select credit cards and cashbacks. All latest Apple products will be available on our platform and will come with a valid Standard Apple Warranty.” 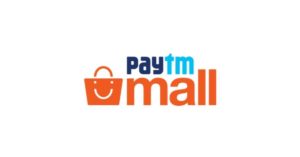 We should mention that prior to this, Apple had also officially partnered with Amazon to sell its products directly on the e-commerce platform. Although Amazon has had Apple products on the website even before the deal was struck between the two companies, they were previously only available via third-party sellers.

This basically meant that at times, Apple products available on Amazon were imported and would bear extremely inflated price tags. The deal between the two players resulted in consistent pricing and buying directly from Apple. A similar result is now expected on Paytm Mall too.

Avani Baggahttp://www.gadgetbridge.com
Avani has an immense love for reading, travelling and food, but not necessarily in the same order. Avani almost started pursuing law, but life had other (better) plans for her and she chose to be a writer instead (luckily!) She previously covered technology at Times Internet and wrote about smartphones, mobile apps and tech startups. When she’s not writing, you’ll be able to find her in book stores or catching up on her social life.
Facebook
Twitter
WhatsApp
Linkedin
ReddIt
Email
Previous article
10 recently-launched smartphones that have a triple rear camera setup
Next article
Nokia Mobile Fan Festival: Gift cards, discounts, and deals that you should know about