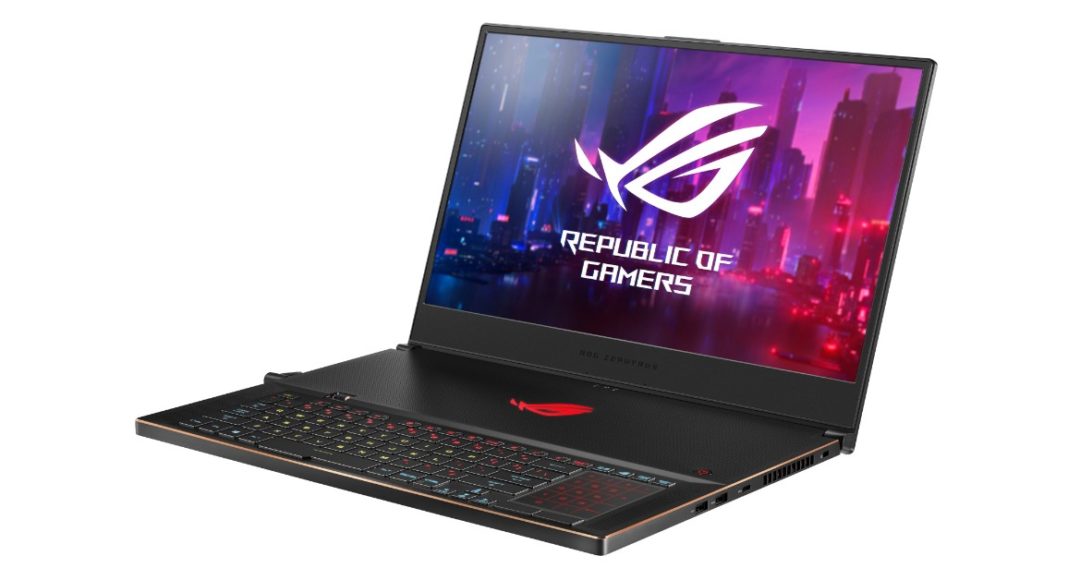 Asus ROG Zephyrus S GX701GX laptop has a 17-inch display and is powered by 8th Gen Intel Core i7 processors coupled with NVIDIA GeForce RTX 2080 GPU. It is touted to come with a 15-inch ultra slim chassis and the company claims that it has a great gaming experience with 144Hz 3ms response time display. The laptop comes with Pantone Validated colours with factory calibration and ProArt TruColor Technology. It also comes with a GPU Switch that easily transitions between better gaming and longer battery life. The device is said to come with a patented AAS cooling system, per-key RGB Lighting and Aura Sync.

Coming to Asus ROG Zephyrus S GX701GX, it comes with a 15.6-inch display and comes with NVIDIA GeForce RTX 2070 graphics coupled with 8GB of VRAM. The company claims that the NVIDIA GeForce RTX “expands to horizons in true to life graphics with advanced Ray-Tracing Technology”. Powered by the latest 8th Generation Intel Core i7-8750H six-core CPU, that is supposed to provide 23% better performance than the predecessor. The gaming laptop comes with HyperCool Pro that keeps it cool when the device is being used extensively for gaming. Asus ROG Strix SCAR II comes with the best Wi-Fi connectivity and comes with the HyperStrike Pro Keyboard, prominent WASD keys and 1.8mm key travel distance. The Armoury Crate with Aura Sync has the ability to connect all supported RGB peripherals for a unified lighting effect.

Asus ROG Strix GL12CX comes with Intel Coffee Lake processors up to i9-9900K which are overclocked to provide an enhanced gaming performance. It comes with up to RTX 2080 which is capable of delivering smooth performance for immersive 4K HDR gaming. Asus ROG Strix GL12CX has a hot-swap 2.5-inch SSD tray along with a customized Cooler Master MasterLiquid Pro 120 closed-loop liquid cooler.

Commenting on the launch, Arnold Su, ROG & PC Head of ASUS India said, “ROG is more than just a gaming brand; it’s a commitment to enhancing your gaming and enthusiast experience through innovative engineering and thoughtful design. Staying true to our promise today we launch the new ROG line up powered by the new NVIDIA GeForce RTX lineup, including the GeForce RTX 2080 on the GL12CX desktop, and the GeForce RTX 2060, RTX 2070 powering the ROG GL504 laptop pairing real-time ray tracing and artificial intelligence with cutting edge gaming and VR performance. Each one offers innovative cooling to ensure that the products deliver unprecedented sustained gaming performance. We are confident with the new RTX line up the ROG segment has become an even more exciting segment to look forward.”